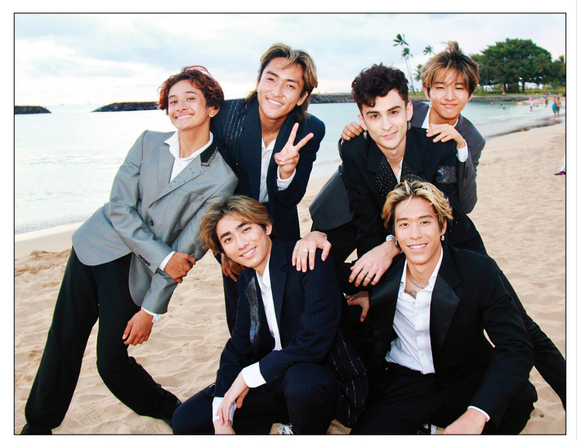 HONOLULU — Fresh from winning the Favorite Entertainer Award July 20 at the Na Hoku Hanohano, the boy band known as Crossing Rain is headed to Los Angeles next month for their first mainland concert.

The award, described as Hawaii’s version of the People’s Choice, is another “first” for the kpop- and jpop-inspired group that, in addition to being Hawaii’s first and only boy band, has developed a following through social media in the Philippines and Japan.

On Saturday evening, Aug. 13, Crossing Rain will perform in concert at the legendary Roxy Theatre in West Hollywood. The Roxy is a historic venue established in the 1970s that has helped launch the careers of music icons, including the Temptations, Smokey Robinson, Prince, Frank Zappa. Bruce Springsteen, Billy Joel, and more.

The six members of the boy band made their professional debut in November 2021.

“The band’s name symbolizes blessings and growth,” explains Monarch. “Obviously rain grows the plants that we eat and the water we drink. We wanted to bring that (concept) to the rest of the world.” In Hawaii, it can rain 100-200 days a year, depending on the location.

Shotaro, 14, is the son of Yuko and Tatsuya Yamaguchi. His mother is a former actress and model, and his father was a singer and bass-player for TOKIO, a group established by Johnny and Associates, a well-known music producer in Japan.

Meanwhile, the band members juggle work and schooling with vocal and dance practice six days a week to continually create new songs and dance routines with the goal of “bringing hope, inspiration and alohato young people and those young at heart throughout the world.”

The Roxy Theatre is located at 9009 Sunset Blvd.