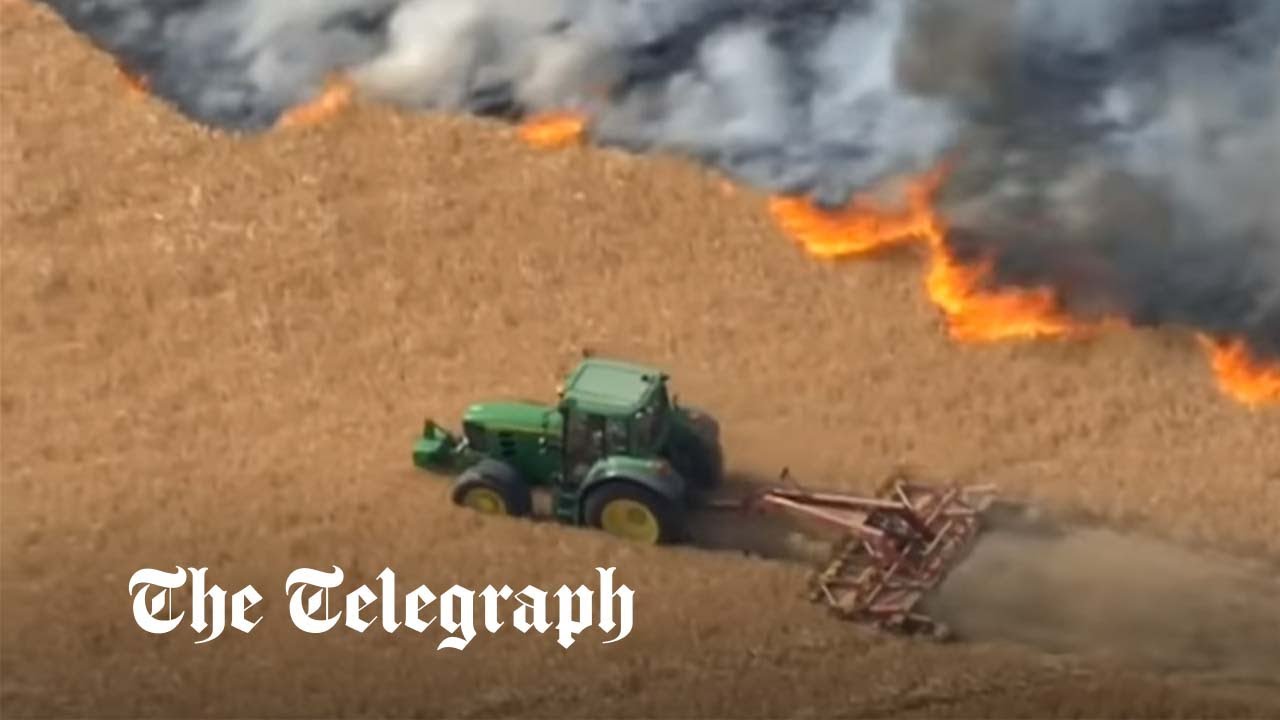 Eight fire engines were reportedly called to the scene, which covered around 20 acres of land, and firefighters spent 90 minutes putting out the blaze.

A spokesperson for the Kent Fire and Rescue Service said: “We were sent to reports of a standing crop fire in fields on Lenham Heath.

“Crews worked hard to get the fire under control which covered approximately eight hectares, the equivalent of almost 20 acres.

“The blaze has been brought under control and put out. Firefighters escorted persons who were in the vicinity to safety.”