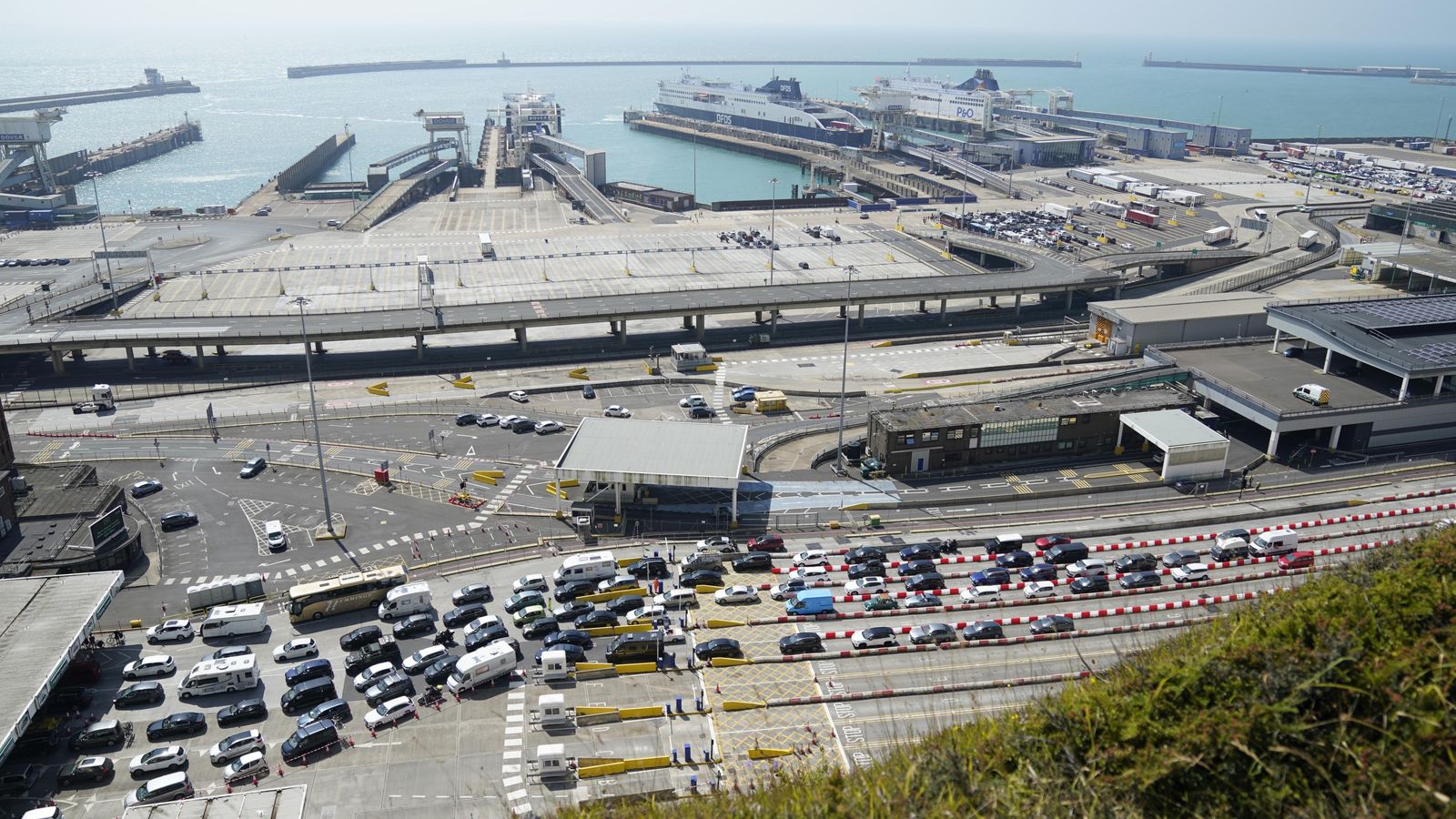 Holidaymakers travelled overnight to reach the Kent coast amid a third day of traffic chaos, despite the Port of Dover clearing its weekend backlog.

Border and ferry staff worked “through the night” to clear “huge volumes of tourist and freight traffic”, so that services at Dover were finally able to “get back to normal by the early hours of Sunday morning”, a port spokesperson said.

Port officials say they have processed 72,000 vehicles and 200 miles of traffic so far this weekend.

But a critical incident is still in place across Kent, alongside Operation Brock, with the AA claiming the worst congestion is now around the Eurotunnel terminal at Folkestone.

Highways England is warning of “severe delays”, while drivers are reporting average speeds of just 5mph in some places.

Jack Cousens, head of roads policy of the at the AA, said: “Dover has now recovered, but Folkestone has become the hotspot of holiday hell.

“Drivers are now trying to find alternative routes down to the Eurotunnel terminal at J11a on the M20. Holidaymakers are trying to use the M2 and then find ways to ‘drop down’ into the A20 and the terminal via the back roads.

“Drivers heading to Folkestone need to be prepared.”

Many trying to reach the Eurotunnel have reported setting off in the middle of the night in a bid to catch their trains. One passenger claimed they had to queue for 14 hours.

Stuart and Janet Harrison, who are travelling to their holiday home in Austria, said they weren’t hopeful of making their train because of the queues.

“We originally considered flying and it’s so expensive so we thought we’d drive,” they told Sky News.

Another couple, Lucy and Nick, said they didn’t bother arriving early, as queuing all day was inevitable anyway.

“We didn’t come early. They’re going to put us on today, so I don’t think coming early makes any difference,” Lucy said.

Asked who was to blame, she added: “This has happened because of Brexit hasn’t it. We are very anti-Brexit. But we have to put up with it.” 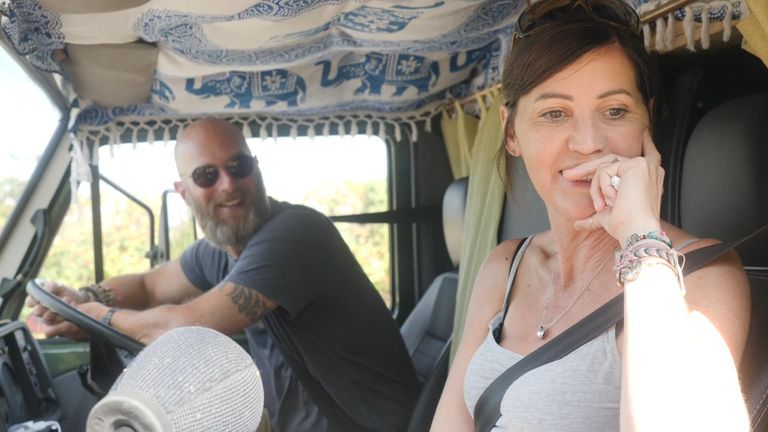 Passengers in the queue for Folkestone Eurotunnel

Sky News correspondent Sabah Choudhry, who is in Dover, confirmed that the queues around the port now appear to be much shorter.

“Passengers this morning have been told that their wait time is looking to be around two to three hours – so certainly some welcome news for parents with children,” she said.

P&O Ferries tweeted this morning saying there are “currently no queues in or around the port”, but still advised leaving two hours before check-in, with port officials also urging people to check with ferry companies before travel.

‘It could take three hours to travel a mile’

Both border points say they are expecting fewer travellers today then Friday and Saturday.

The long delays have been blamed on slow border checks, Brexit, huge numbers of travellers setting out at the start of the British school summer holidays, as well as the usual flow of goods lorries.

The UK government had blamed a shortage of French border staff, and the French government had argued that passport checks were taking longer now that the UK is no longer part of the European Union.

On Friday, 8,500 cars were processed, but by lunchtime on Saturday, the number processed had already reached more than 17,000.

Natalie Chapman from haulier group Logistics UK said some lorry drivers have waited “in excess of 18 hours” to cross the Channel over the weekend.

Residents in Kent are also affected, unable to travel by car as they would normally due to the congestion.

Read more:
Bumper-to-bumper traffic in Dover as UK and France argue over who is to blame for disruption
Nine tips to reduce how much fuel you use
London Southend Airport offers to host flights being cancelled by bigger, struggling airports

French regional prefect Georges-François Leclerc was asked by BFM TV if French customs officers were to blame for the delays seen on Friday and Saturday.

He said they were not, adding: “The Port of Dover, which is a private port, found it easier to blame the French police.”

UK Foreign Secretary Liz Truss, who is competing to replace Boris Johnson as prime minister, said: “This is a situation that has been caused by a lack of resource at the border.

“That is what the French authorities need to address and that is what I’m being very clear with them about.”

Anneliese Dodds, Labour Party chair, said the government had failed “to get a grip” on the problem, labelling it “chaos”.