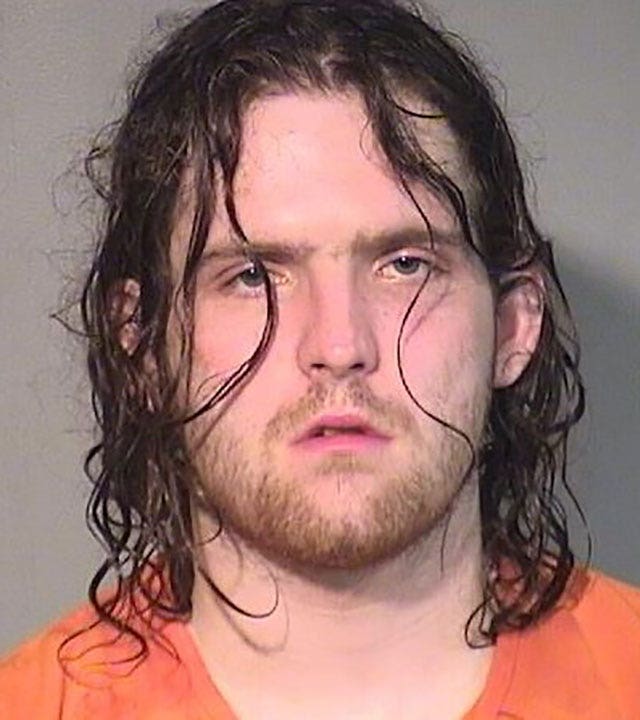 An Illinois man is charged with a hate crime for allegedly vandalizing a bakery about an hour outside of Chicago, and a drag show planned at the damaged business has been canceled.

The local police department, meanwhile, has been fielding complaints for weeks about advertisements saying children were welcome at the drag performance, but investigators insisted that no nudity or sexually explicit content was expected during the show. Protests and counter-protests were planned.

Joseph I. Collins, 24, of Alsip, Illinois, is charged with two felony counts of a hate crime and criminal damage to property in connection to an incident that happened just after midnight Saturday at the UpRising Bakery and Café located in the 2100 block of W. Algonquin Road in Lake in the Hills, Illinois.

At approximately 12:04 a.m., Lake in the Hills officers were dispatched to the bakery and notified of an “in progress damage to property and the suspect had fled on foot,” according to a news release.

Joseph I. Collins is charged with a hate crime and criminal damage to property.
(FOX 32)

The UpRising Bakery and Café “sustained significant damage early this morning,” Lake in the Hills police said. “Officers found broken windows along with hateful messages spray-painted on the building. Due to this act, the event planned for this evening, has been canceled per the wishes of the bakery owner.”

“The safety and Constitutional rights of everyone are always the Lake in the Hills Police Department’s priority,” according to the police news release. “The Police Department is disheartened this happened in our Village, remain steadfast in our commitment to public safety and have zero tolerance to crimes against all members of our community.”

Collins was first transported to the Lake in the Hills Police Department, then to the McHenry County Correctional facility for his bond hearing, police said. Bond was set at $10,000, with the ability to post 10% of that amount. Collins was still in custody at the time the press release was published Saturday.

This comes after Lake in the Hills police said it had been receiving messages since July 6 from concerned citizens regarding a drag show performance to be hosted at UpRising Bakery and Café on July 23.

“Residents expressed their concerns, citing an advertisement regarding children being allowed to attend the event,” the police department said in a July 19 news release. “Since being notified of the event, the Police Department, along with Lake in the Hills Community Development Department, contacted the business owner and have been in regular communication regarding the event.”

“The Police Department and Community Development Department have investigated the reported concerns,” police said. “Subsequently, no violations of the Village of Lake in the Hills Municipal code were found, and no nudity or sexually explicit content is reported to be part of the scheduled performance.”

Police said the bakery owner has reported receiving in-person and online threats to the business since posting the advertisement for the drag show event. And police were aware of scheduled protests and counter-protests reportedly planned to occur the day of the event.

“We are taking measures to ensure that everyone has the right to engage in peaceful protest,” the department said. “However, we wish to remind everyone that under no circumstances will the Police Department tolerate a disruption of this event or any activity that disrupts the peace.”

The department said it would be taking “a zero-tolerance approach for those individuals who choose to attend with plans to engage in acts of violence or criminal activity.”