A large-scale Israeli study published Friday showed that a third booster shot was 92% effective in preventing serious illness compared to those who received only two doses of the Pfizer-BioNTech coronavirus vaccine.

The study, conducted by Israel’s largest HMO Clalit Health Services, funded by Harvard Medical School, was published in the medical journal Lancet based on a study of 728,321 people who received the third shot compared to a control group of a similar number who received only two shots at least five months before.

According to the report, the third dose of 93% is effective in preventing hospitalization, with the health service recording 231 cases of hospitalization for the two-dose group, compared with 29 for those who received a booster shot.

Similarly, the incidence of serious illness was 92% with 157 cases in the control group compared to 17 among those in the third category of shots.

The study also found that the booster shot was 81% effective in preventing COVID-related deaths, with only seven registered among those who received the booster shot, compared to 44 deaths for those without.

The study period was July 30, 2020 to September 23, 202, and participants had a median age of 51 years. Israel has used the Pfizer shot almost exclusively.

Both groups reported significantly lower numbers of admissions and deaths than those who had not been vaccinated at all.

“The results show in a very convincing way that the third dose of the vaccine is extremely effective,” said Ran Balicer, Clalit’s head of innovation.

Israel was the first country to largely adopt the booster, and the end of Israel’s fourth wave has been at least partially credited to its booster vaccine campaign, which began among those over 65 in August and quickly rolled out to the rest of the population. . As of Friday, nearly 4 million Israelis – more than 42% of the total population – have received a third dose of the COVID vaccine. Nearly 67% of the total population has received at least one shot. 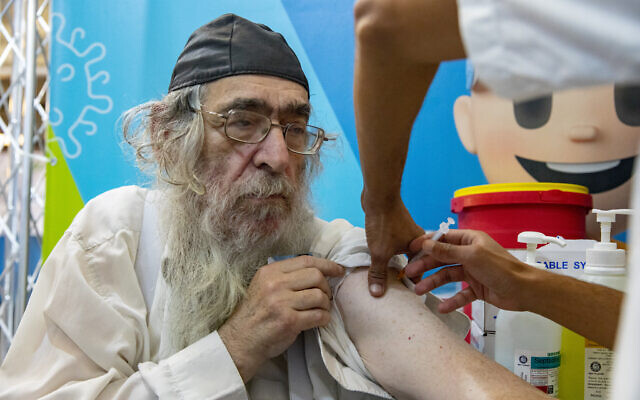 Israelis over 60 receive their third dose booster of the COVID-19 vaccine at a Clalit HMO clinic in Jerusalem on August 8, 2021. (Olivier Fitoussi / Flash90)

Since then, the United States and other countries have followed suit, although some have approved the booster only for the elderly or those with pre-existing conditions.

The booster shots have been widely credited for helping Israel overcome a fourth wave of the virus.

The number of active COVID-19 cases in Israel has dropped to less than 10,000 for the first time in over three months, according to figures released Thursday and Friday by the Ministry of Health.

As the Delta eruption continues to slow, active cases stand at 9,030 from Friday night after passing 90,000 in early September. The data also showed that 656 new cases were confirmed on Thursday, down from between 5,000 and 6,000 daily almost two months ago. On Thursday, the number of active cases was 9,551.

Severe cases were down to 222 on Friday night, including 127 on fans and 148 in critical condition. The death toll has risen by 10 since Thursday morning to a total of 8,085.

Israel’s COVID-19 positivity rate has also fallen steadily in recent weeks, reaching a low point in recent days that has not been seen since early July, according to health ministry statistics.

Just 651 people tested positive for coronavirus on Thursday, out of close to 77,000 tests, marking a positivity rate of 0.92 percent, a slight increase from Wednesday’s 0.81 percent. At the peak of Israel’s fourth wave in early September, the positivity rate exceeded 8%.

But ahead of the expected approval of vaccinations for ages 5-11, health authorities have warned against dropping the ball on vaccines that could ward off future waves.

On Wednesday, the government voted to lift the restrictions on outdoor gatherings, which until now had been limited to 5,000 people.

Starting Friday, outdoor gatherings that require a Green Pass will be able to have an unlimited number of attendees.

Overall, all indicators point to the end of Israel’s fourth COVID wave, which began in July and at its peak saw more than 10,000 new cases reported every day. 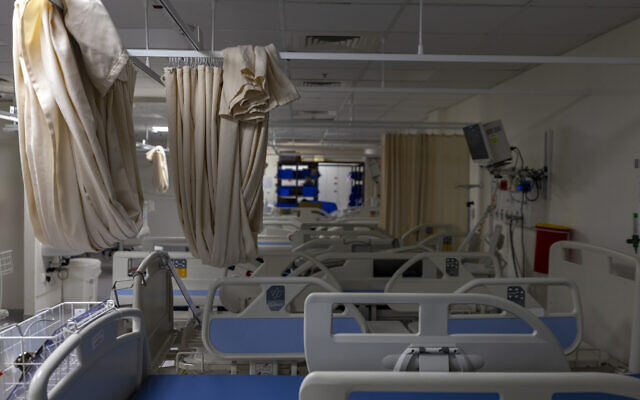 Empty beds in the intensive care unit of the coronavirus ward at Shaare Zedek Hospital in Jerusalem on October 14, 2021. (Olivier Fitoussi / Flash90)

Under Israel’s traffic light program – which ranks localities as red, orange, yellow or green depending on their number of new cases, positivity and growth rate for cases – only one city is currently listed as red: the Beit El settlement outside Jerusalem. Eleven cities are ranked as orange, and the rest of the country is either yellow or green.

A central advisory panel for the Department of Health is due to meet next week to begin the approval process for vaccination of 5- to 11-year-olds after the U.S. Food and Drug Administration approved it earlier this week. Health Director General Nachman Ash said he expects some hesitation from parents, but that the ministry aims to make the approval process as transparent and clear as possible to address any concerns. 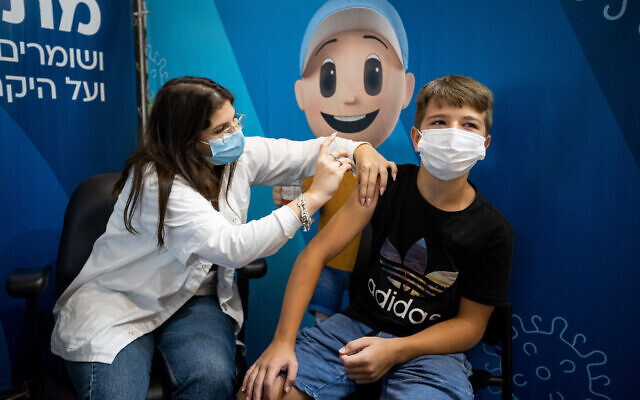 Israel is still awaiting a shipment of Pfizer COVID doses to children, which is one-third of the dose given to adults. Prime Minister Naftali Bennett has reportedly ordered health officials to hurry along the shipment, which is scheduled to arrive in mid-November.

From Monday, Israel will open its borders – something – and allow vaccinated tourists who have received a second or third dose, or have recovered within the last six months. Despite the restrictions, experts say the reopening of Ben-Gurion will pose a risk to new variants and an increase in cases.