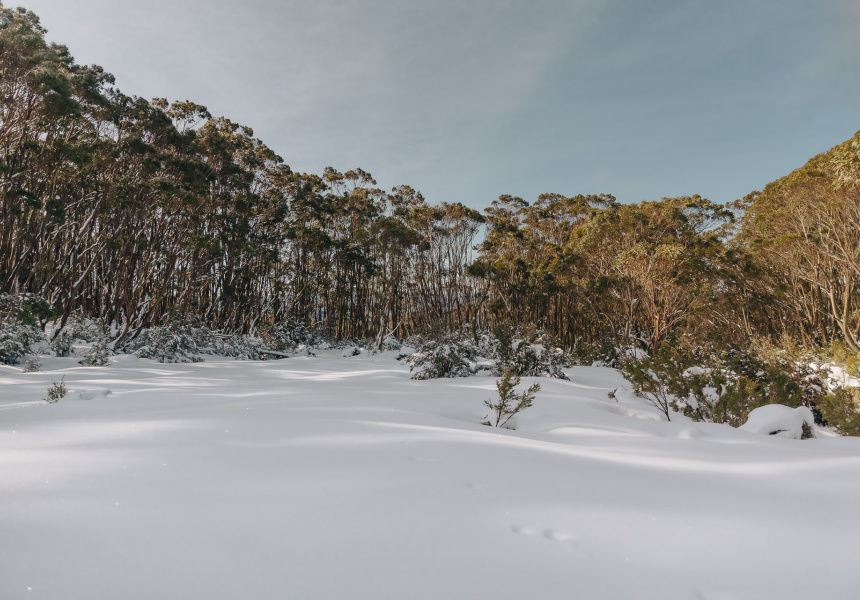 Photographer Jake Roden thinks taking shortcuts – like using a drone instead of hiking up a volcano – is “cheating”. He is always going the extra mile when it comes to perfecting the shot, from painstaking preparation to the execution of the photo. His photography sees him venturing up perilous mountains and lava-filled volcanoes because, in his words, “it feels like if something’s easy, then it’s less valid for a reason.”

It’s an attitude that has made the Melbourne-based photographer so sought after – whether he’s taking shots of coral reefs or vivid portraits of a perfectly pepperoni-laden pizza and pristine burger and chips. He does admit, though, that the drone photos tend to turn out the best. “A lot of my drone work turns out to be the most visually engaging. It’s novel to the human mind to see things from unusual angles,” he says. “Over here our mountains aren’t amazingly high, so it’s difficult to get the kind of vistas you might get in European or American locations.”

This August, Roden’s work will be showcased alongside five other photographers in Unhurried by Nature, an exhibition hosted by Broadsheet and The Glen Grant. His shots were taken on a trip – or rather, an “expedition” – to the Alpine National Park, where he trudged up Mount Stirling in snowshoes with snow poles, lugging a backpack with his camera, drone, satellite phone, batteries and supplies, and a side pack with his lenses. “I did manage to sneak up to the summit of Mount Buller on a snowmobile,” he says.

There’s a huge amount of prep that goes into a photography trip like that: plenty of Google Maps time, finding the right areas, sussing out the topography through satellite imagery; using parks sites to figure out accessible trails and routes; and regularly keeping an eye on weather and snowfall. There’s no room for a “that’ll do” attitude, then.

“Actually, it’s very tempting to call ‘That’ll do!’[when you’re] having to keep stopping the car, take all your gear off, take out the drone,” he says.

While Roden is probably best known for his intimate portraits of people and food, his landscapes are just as nuanced: imbued with brooding and sometimes sinister qualities. “Anything that’s amazingly beautiful has already been captured a million times. I find some solace in making something that’s not traditionally beautiful, but is in its own way,” says Roden. “That ominousness or sombreness is still in its own way beauty, it’s just not necessarily pretty and saturated.”

Unsurprisingly, Roden can appreciate the level of patience that goes into The Glen Grant’s whisky-making – a process which is deeply reliant on nature, from the climate to the use of wood and natural streams.

“We always have a drink after spending maybe four hours driving and eight hours hiking,” says Roden. “It’s a reward and a way of grounding you back into civilisation. You’ve been isolated and at the mercy of the elements for up to three days, so it’s good to bring myself back into the social realm.”

This article is produced by Broadsheet in partnership with The Glen Grant Single Malt Whisky.