> Jan. 6 Would’ve Been a ‘Massacre’ If ‘Mob’ Was Closer to VP Skip to content 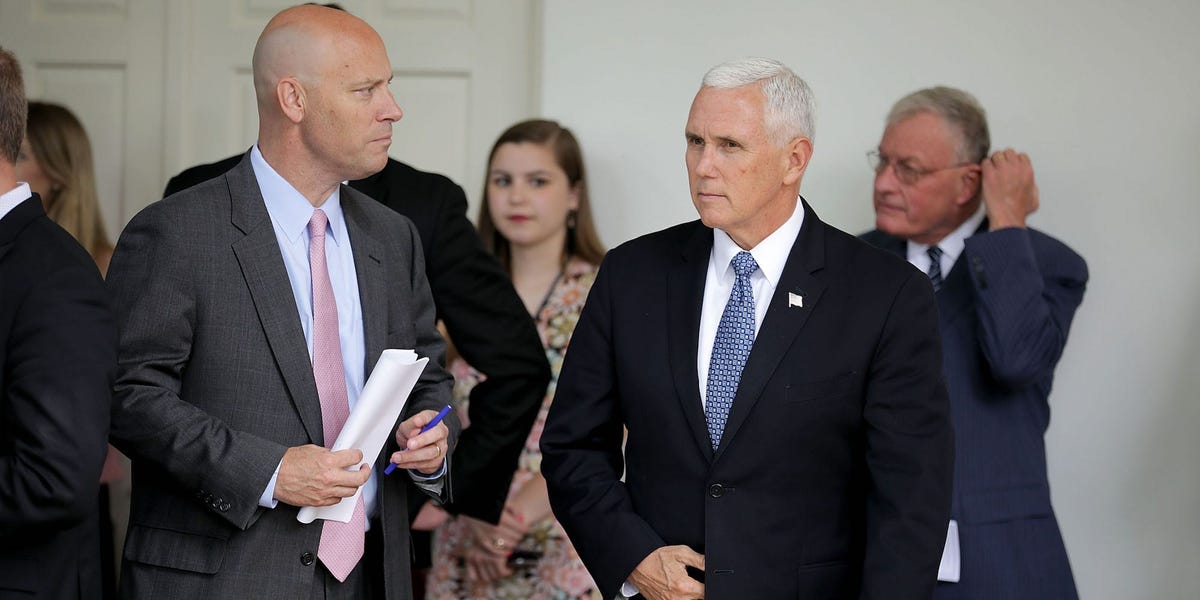 Marc Short, the ex-chief of staff to former vice president Mike Pence, said during a Monday interview that he believes there would have been a “massacre” on January 6, 2021, if the rioters who breached the US Capitol that day had gotten closer to the then-vice president, according to ABC News.

Short — who was with Pence when rioters protesting the certification of now-President Joe Biden’s 2020 victory unlawfully broke into the Capitol complex and interrupted the counting of electoral votes — confirmed that he testified before a grand jury probing the January 6 riot.

“I think that having the Capitol ransacked the way that it was, I think did present liability and danger,” he told ABC News. “And I think the Secret Service did a phenomenal job that day.”

He continued: “I think that the bigger risk and despite the way perhaps it was characterized in the hearings last week, candidly, is that if the mob had gotten closer to the vice president, I do think there would have been a massacre in the Capitol that day.”

During a separate CNN interview on Monday, Short said that he “complied” with the subpoena from the federal grand jury, but did not speak further on the matter.

“Under advice of counsel, I really can’t say much more than that,” he told host Erin Burnett.

At one of the panel’s hearings in June, he said on video that Pence informed former President Donald Trump “many times” that he was not on board with invalidating the election results, whether it be excluding electors or proclaiming that the GOP ticket had truly won the election over Biden and now-Vice President Kamala Harris.

Trump for weeks before the official Electoral College certification had been prodding Pence to acquiesce to his demands of stopping Biden from being formally certified as the presidential victor, pointing to debunked allegations of voter fraud in several key states.

Pence refused to go along with the plot, much to the frustration of Trump.

The Department of Justice has been conducting an investigation into January 6, with Attorney General Merrick Garland telling a group of reporters last week that he was committed to maintaining the “integrity” of the probe.

“We have to get this right. And for the people who are concerned, as I think every American should be, about protecting democracy, we have to do two things: we have to hold accountable every person who is criminally responsible for trying to overturn a legitimate election, and we must do it in a way filled with integrity and professionalism, the way the Justice Department conducts investigations,” he said.