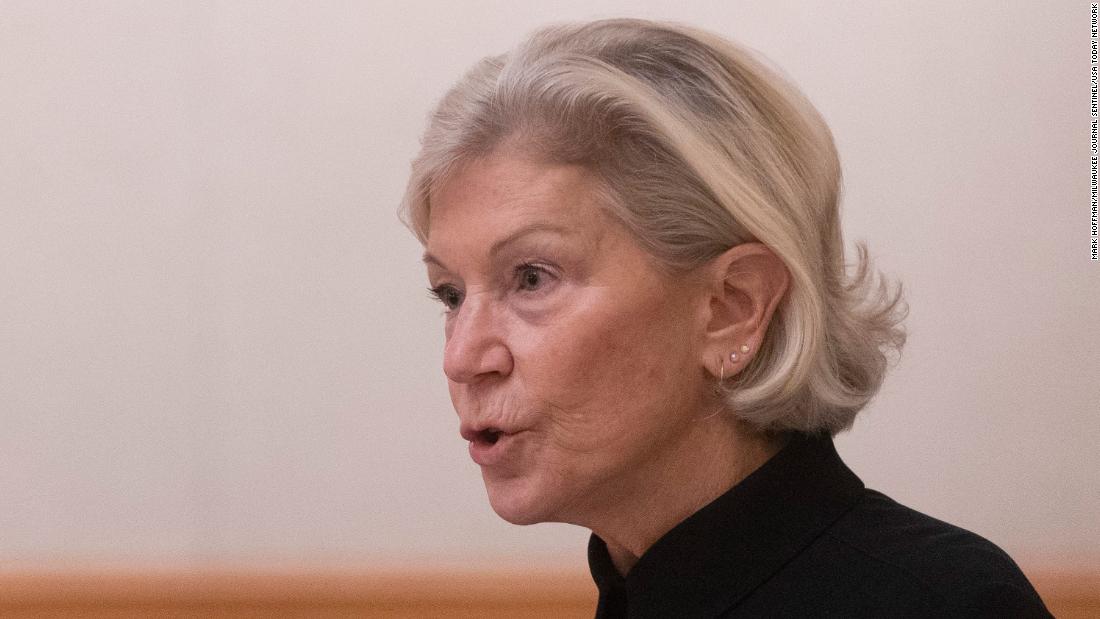 “Tragically, two people lost their lives. This is a heartbreaking event for the community. Our thoughts and prayers are focused on the individuals involved, their families and their loved ones,” the statement said.

“The preliminary investigation showed that the accident occurred when a vehicle driven by Janet Bewley, age 70 of Mason, WI, pulled out from the entrance of Maslowski Beach to turn east onto US Hwy 2,” the department said in a statement. “That vehicle collided with a vehicle that was westbound on US 2 driven by Alyssa Ortman, age 27 of Clearfield, PA. That vehicle then spun across the highway and was struck by an eastbound vehicle.”

Ortman and her 5-year-old daughter died from their injuries, police said. Bewley was not seriously injured in the crash, her office said.

The Milwaukee Journal Sentinel said one of their reporting interns was on the phone with Bewley at the time of the crash.

Shortly after the interview about fall elections began, Bewley told the intern she ​had had cataract eye surgery the day before​, according to the newspaper’s reporting. Minutes later the call went silent and the intern asked if she was still there. Bewley, sounding concerned, replied “Yeah, I’m OK. This is not a good accident.”

In a post on Facebook, Brandon Fink, the father of 5-year-old​, whom he references as “Khali,​” said, “You were/are just so incredible little Khali,” adding “I just can’t believe you were taken from me, we had so much planned and started that’s it’s so unfair you will never get to finish.”

Fink posted that since the accident Bewley “hasn’t even reached out… great people we elect.”

The statement from Bewley’s office said due to the ongoing investigation and “out of respect for that investigation and the privacy of all the families involved, our office will be withholding further comment at this time.”

“Once the initial investigation is complete with those results, it’ll be forwarded to the Ashland County District Attorney for their review of charges,” Hagstrom said.