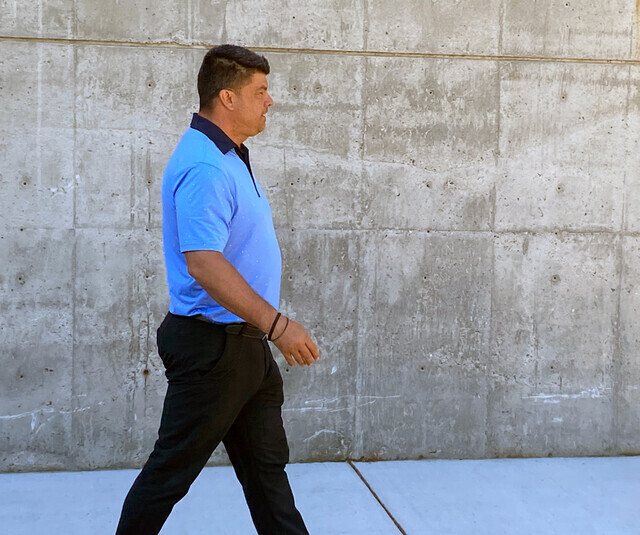 Justice Wilson said Saunders put his own interests above all others and his motivation was greed.

“I do not find that he is remorseful and even now he seeks to blame others,” said Justice Wilson.

He ruled a conditional sentence was inadequate in the case because Saunders committed very serious offences over several years motivated by greed and a custodial sentence was required.

He also said the vulnerability of the youth Saunders was supposed to be protecting was an aggravating factor in the length of the sentence.

“Mr. Saunders was indifferent about how his actions would impact the youth he was intended to help,” added the judge.

He did accept that the former guardianship worker did not deliberately set out to harm but again noted that Saunders put himself first, and not only did he choose to continue to defraud the BC Ministry of Children and Family Development and taxpayers, the amount of money he took escalated until he was caught.

Saunders was taken into custody immediately after the hearing concluded.

The judge rejected Fitzpatrick’s request to recommend his client serve his sentence at William Head minimum security federal correctional institution on Vancouver Island. It will be up to Correctional Services Canada to determine where Saunders is imprisoned.

A group of social workers appeared satisfied and relieved with the sentence as they left the Kelowna courthouse.

Justice Wilson’s full written decision will be released at a later date.

A group of MCFD social workers leave the Kelowna courthouse after former colleague Robert Riley Saunders was sentenced to five years in prison.

Robert Riley Saunders has been sentenced to five years in prison. Justice Wilson set the punishment at five years for fraud, two years for breach, which will be served concurrently and one month for forgery.

Saunders, a former social worker with the Ministry of Children and Family Development, pleaded guilty in September of last year to defrauding the ministry of more than $460,000, depriving the vulnerable Indigenous youth in his care.

Saunders pleaded guilty last year to three of the 13 charges he was facing; fraud over $5,000, breach of trust in connection with his duties as a child protection guardianship worker, and using a forged document.

Before his sentencing, Saunders expressed ‘sincere remorse’ and said he was sorry to his employer, his co-workers, and the youth and families impacted. Saunders said he wished he could go back in time to be the voice of reason to advise his younger self.

He had been charged with multiple counts of fraud over $5,000, breach of trust, and forging a university degree, which he used to obtain a job at the MCFD back in 1996.

The Crown was seeking a prison sentence of between six and eight years, while defence lawyer Brian Fitzpatrick argued that his client is remorseful and suggested two years of house arrest followed by three years of probation.

This is a developing story and will be updated as more information becomes available.