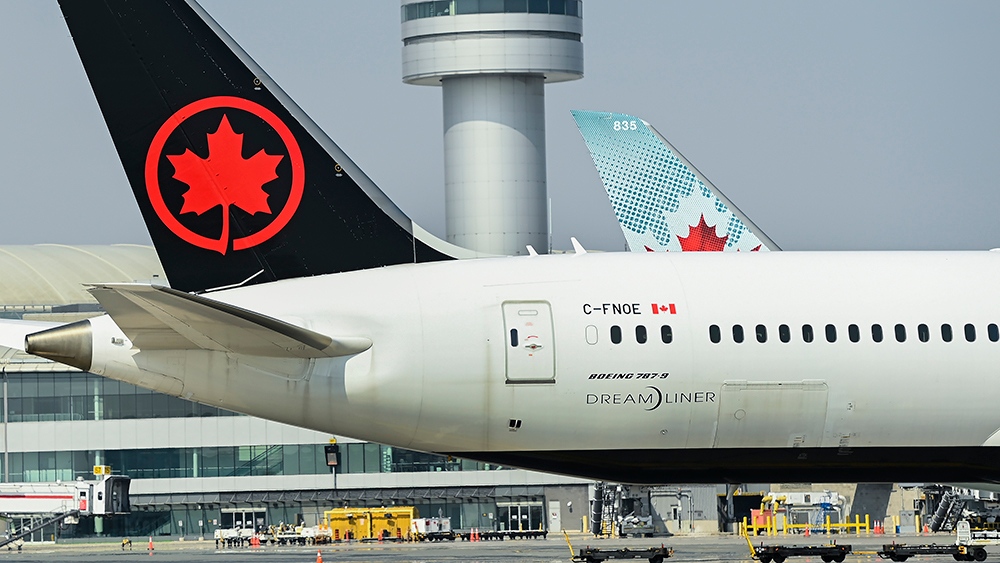 A Kingston, Ont. couple celebrating their 25th anniversary had their dream vacation turn into a nightmare, after they were left stranded on the tarmac for five hours at Toronto’s Pearson International Airport.


Video sent to CTV News Ottawa shows frustrations spilling over as people stand, waiting to disembark the plane Friday evening. The flight was supposed to leave Toronto for Newark, New Jersey at 2:30 p.m., but by 9 p.m., the plane had not left the ground.


At one point, a woman yells they want to get off the plane, saying the flight had been cancelled and people demanding to speak to the pilot.


Richard and Chantal Olescuk were on the flight, connecting to Newark to jet off to Portugal for their dream anniversary trip.


There was an initial two-hour delay to board the plane. When the Olescuk’s eventually boarded the plane, they said the passengers were informed there would be another delay before takeoff.


The Olescuk’s say they were told the delay was because of congestion at Newark Airport, but after hours of patiently waiting, the plane still had not left the gate.


Eventually, they were told they were going back to the gate because due to the delay they didn’t have enough fuel for the new flight.


“Incredible frustration of being, sitting this seat, knowing you can’t do anything about getting off,” he said.


At that point passengers started getting notifications the flight was cancelled and they were being rescheduled.


Frustrations mounted, explains Chantal Olescuk, when they still then were not let off because they were waiting for an Air Canada representative that never came.


“At the point where the crew couldn’t communicate anymore or didn’t know what to say, and said it was now going to be someone who met us. It became scary, people were angry, people started to have panic attacks,” she explains. “People were pushed where they didn’t have any resilience left.”


The Air Passenger Bill of Rights states that after three hours, passengers must be allowed to disembark the aircraft, unless there’s reason to believe the flight can take off.


Air Canada wouldn’t comment on this particular case when contacted by CTV News on Saturday.


“The global air transport industry is currently challenged due to issues with airports and third-party providers of such services as passenger screening, customs, and air navigation,” the airline said in a statement to CTV News Ottawa. “We are working hard with these partners and government to resolve these issues as they are affecting the performance of airlines.”


Toronto’s Pearson International Airport was recently ranked as the worst airport in the world for flight delays and cancellations.


The Olescuk’s won’t be able to make their trip to Portugal, but say they’re more focused on those who could make it home to see their families.


They say they don’t blame the crew or those who tried to help, but are frustrated with the lack of communication from those making decisions.


“Saying if you’re travelling during the pandemic, ‘you need to have patience,’ we understand that, but the system has to be better,” she explains. “Air Canada has to do better. It’s not okay to leave people stranded on a plane for five hours.”