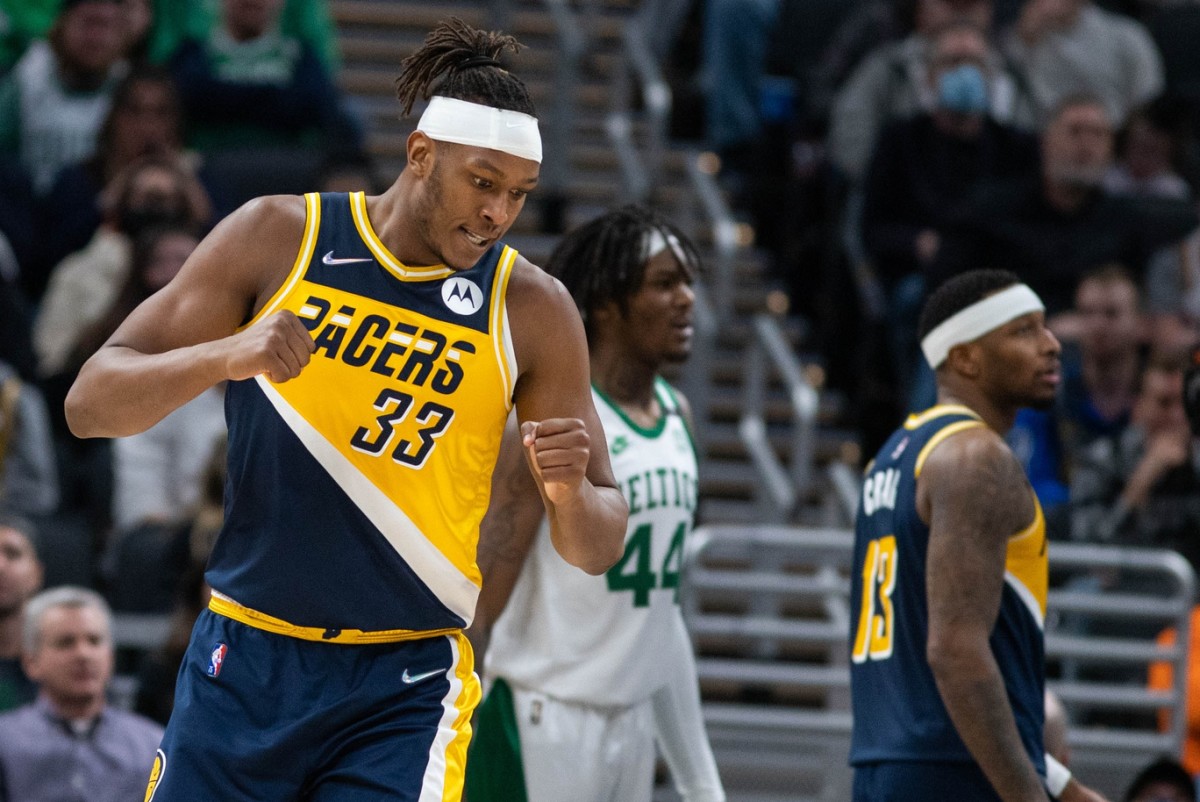 Amidst the Kyrie Irving trade stalemate with Brooklyn, the Lakers seemed to have pivoted to re-engaging the Indiana Pacers about potential trades involving Buddy Hield, Myles Turner, and Russell Westbrook. As usual, the holdup on any trade with Indiana is reportedly, wait for it, draft compensation from the Lakers.

The Lakers front office, as well as owner Jeanie Buss, have been resistant to including both the 2027 and 2029 in potential trade scenarios to ship Russell Westbrook out of town in return for significant roster upgrades.

However, if the Lakers were to somehow cobble together a Hield-Turner trade to their liking, one NBA exec doubts that it does much for the Lakers title hopes (quotes via Bleacher Report’s Eric Pincus)

“What do Buddy and Turner do for the Lakers? Add a 5 percent chance the team wins a title?. That’s probably worth one protected first, but certainly not two.”

The exec did suggest that if somehow Pelinka pulls off grabbing Hield, Turner, and Buddy, for both picks, and jettisoning Westbrook, it could move the needle for the Lakers.

“Maybe if they could combine the Nets and Pacers into one trade, bring back Kyrie, Turner and Buddy, that’d be worth giving up a couple of firsts. Even if that saved the Nets a ton of money and Indiana got two firsts out of it, do they agree to work together to help LeBron and the Lakers contend?”

The Lakers have reportedly offered a package to Indiana centered around 21-year-old guard Talen Horton-Tucker and draft compensation for just Buddy Hield, but at the moment, there doesn’t seem to be much traction on that front with Indiana.

Whether or not LA relents on sending out both firsts will continue to be the sticking point for any potential trade scenarios, and if they do pay the piper with the Pacers, it still might not be enough to push the roster over the top.