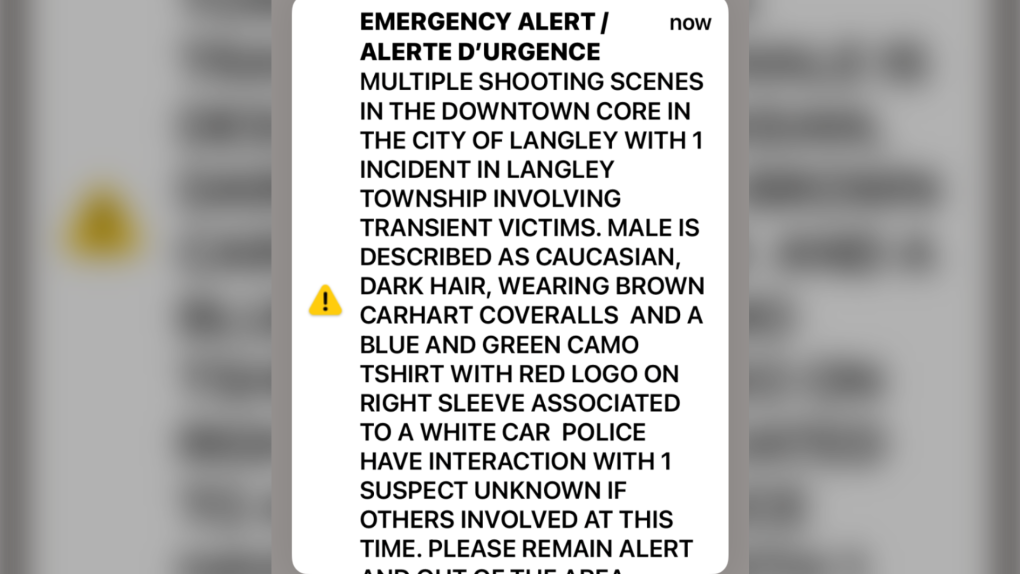 
The alert was sent at about 6:20 a.m., saying the incident happened in the downtown core of the city of Langley and in Langley Township. It said the incident involved “transient victims.”


The alert also gave the description of one person, saying he is a male described as white, with dark hair. The description said he was wearing brown Carhartt coveralls and a blue and green camouflage T-shirt with a red logo on the right sleeve. The alert didn’t specify whether this person was a suspect, but did say he was “associated to a white car.”


“Police have interaction with one suspect,” the alert said. “Unknown if others involved at this time. Please remain alert and out of the area.”


This is a developing story. Check back for updates.