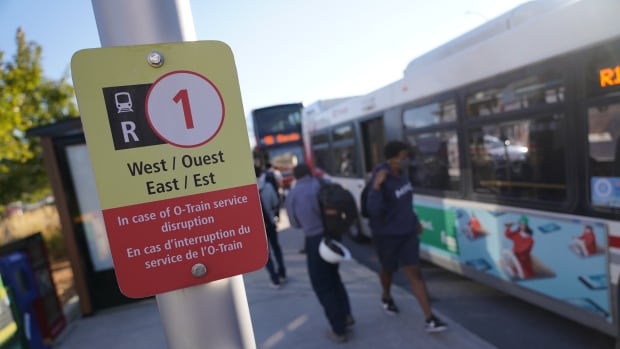 OC Transpo has closed most of Ottawa’s light rail line because of what it’s calling a technical issue. Its general manager says lightning may have damaged the overhead power system.

The transit service announced early Monday morning R1 buses will be running instead of trains between St-Laurent and Tunney’s Pasture stations.

ONGOING, Line 1: R1 service implemented between Tunney’s Pasture and St-Laurent due to a technical issue. No trains between Hurdman and Tunney’s Pasture. Service at Tremblay is at the eastbound platform only. Updates to follow.

Transit general manager Renée Amilcar said in an email that technicians are working on the problem and she would send an update about when full service could come back.

Over the weekend the transit service also pulled several trains from service because of wheel problems. Track and wheel problems came up during the public inquiry into the nearly three-year-old rail line earlier this summer.