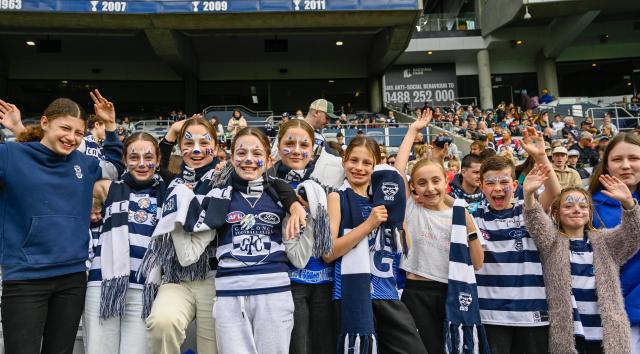 The City of Greater Geelong and the Geelong Football Club will stage a free, family friendly live site at Anthony Costa Oval (home of St Mary’s Football Club, within Kardinia Park) for the community to gather and enjoy Saturday’s AFL Grand Final.

In response to community feedback about the importance of a live site, the City has worked with the Cats and suppliers to bring forward the set-up for Sunday’s supporters’ day at St Mary’s.

This has made it possible for the venue to be used as a live site on Saturday.

The site will open at noon and feature Channel Seven’s live broadcast of the pre-game, match and post-game presentations on a big screen.

All members of the community are welcome to attend and encouraged to bring their own food and non-alcoholic drinks, as well as folding chairs or picnic blankets.

Mayor Peter Murrihy said he was pleased a live site would now go ahead.

“The feedback has been clear from the community this week that a live site was very important for those not lucky enough to have tickets to the game,” Mayor Murrihy said.

“Having Geelong in the Grand Final is such a big event for the city and it will be great to have a place where Cats supporters can come together to watch and, hopefully, celebrate a victory.

“We know it’s short notice, but we hope to see a strong turnout at St Mary’s for what will be a special day.”