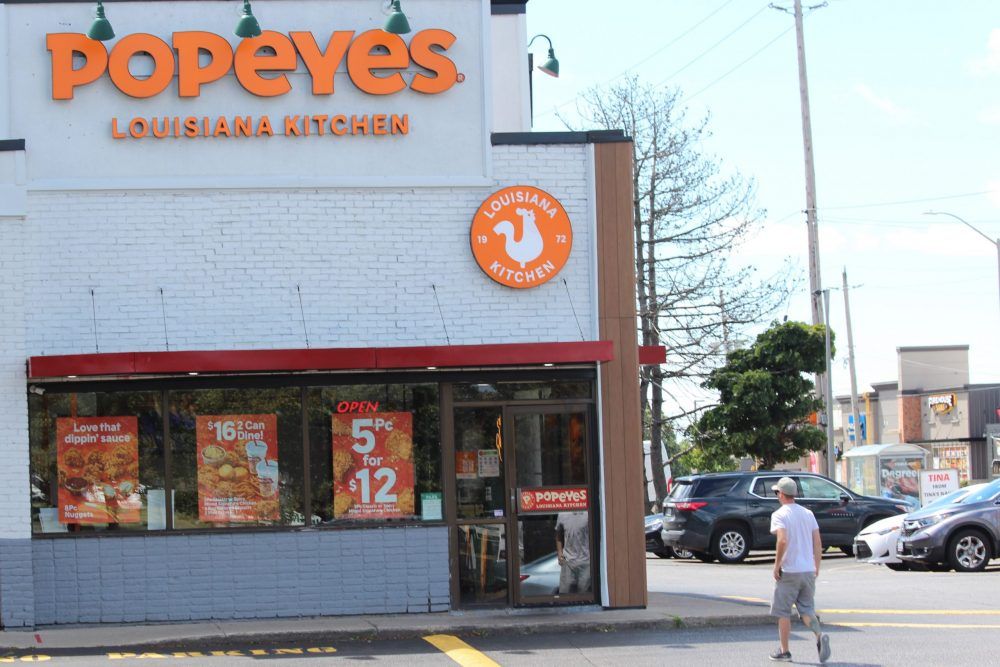 A London man killed in an alleged hit-and-run crash had just ordered from a fast-food restaurant minutes before a tow truck struck him, workers at the eatery say.

Emergency crews responded Friday around 5:20 p.m. to a crash involving a pedestrian near Wellington and Southdale roads, where Garnet Prydie, 56, of London, died at the scene, police said Monday.

The fatal crash — the city’s third deadly collision involving a pedestrian in an alleged hit-and-run this year — happened in a commercial plaza on the southeast corner of the intersection that houses a Popeyes chicken outlet, other eateries and a nail salon.

Prydie had just ordered from the restaurant and was walking through the parking lot on the north side of the building when a tow truck struck him, said the workers, adding two trucks often park in the lot.

Abdul Kazoun, 23, of London is charged with dangerous driving causing death and failing to stop at the scene of an accident causing death. He appeared briefly in court and was remanded to custody until a bail hearing Tuesday.

Kazoun works for London Towing and Transport, said two towing industry insiders, neither of whom wanted to be identified.

Mike Kazoun, who is listed as the main contact on London Towing and Transport’s website, declined comment but confirmed a relative is involved in the hit-and-run investigation.

A London police spokesperson declined to confirm whether a tow truck was involved in the crash or say where or when Kazoun was arrested, citing the case before the courts.

Prydie is the third pedestrian to be killed in an alleged hit-and-run crash in London this year.

Thou Roeun, 38, died in hospital after he was struck at the corner of Adelaide and Nelson streets around 9:30 p.m. on April 23.

Jacob Anthony Phillips, 29, was arrested more than a month later and charged with failing to stop at the scene of an accident causing death, operating a vehicle while prohibited and dangerous operation causing death.

On Feb. 8, Richard James McMahon, 39, was fatally struck near Oxford Street and Hyde Park Road. London-region golf pro David Charles MacMicken, 50, is charged with impaired driving causing death and failing to stop at the scene of an accident causing death.

Friday’s fatal crash is the second time this year a pedestrian has been struck and killed in a London parking lot.

Western University business student Maija Nenonen, 21, was killed on April 11 when she was struck by a vehicle in the parking lot of the townhouse complex where she lived.

Sign up to receive a curated collection of links and highlights from our award-winning breaking news coverage, in-depth analysis and unmatched investigative features at lunchtime weekdays.

The next issue of LFP Noon News Roundup will soon be in your inbox.