> Mail from Indonesia, China to be scanned in increased foot-and-mouth disease measures Skip to content 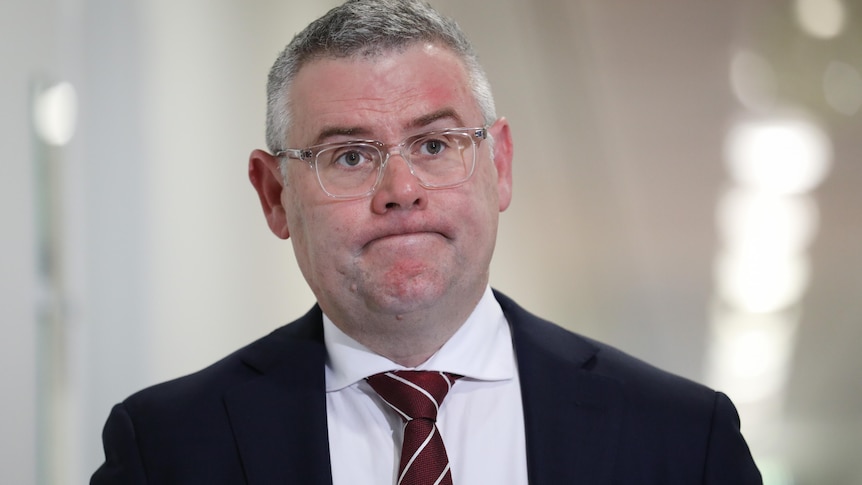 All parcels arriving at Australian mail centres from Indonesia and China are now being scanned to identify potential biosecurity threats, including foot-and-mouth disease.

Australian biosecurity officials typically use x-ray machines and detector dogs to scan a proportion of all mail arrivals, but as of this month, 100 per cent of inbound parcels from Indonesia and China are to be scanned.

It was detected in Indonesia in May, and spread to Bali earlier this month, prompting fears a tourist could carry the disease into Australia on clothing or footwear.

“We are now screening every single mail package that comes in from Indonesia and China, both obviously being high-risk countries for foot-and-mouth disease,” Mr Watt said.

“What that means is that we are also now picking up a higher range of meat products that are coming in from the mail.”

He said the disease could be spread if illegally imported animal products were fed to pigs.

It is illegal to feed food scraps, known as swill, to pigs in Australia.

He said 3,700 passengers travelling from Indonesia to Melbourne on Saturday were inspected by biosecurity officers.

“Pleasingly, the number of people who had brought in products that were deemed to be a foot-and-mouth disease risk was much lower than it had been the previous week,” he said.

“The number of people with visibly contaminated shoes that needed cleaning had also dramatically fallen compared to the previous week. So that tells me that our passengers are listening to our message.”

New citric acid foot mats are being rolled out at all international airports, where for the first time biosecurity officials can compel travellers to use the mats, and respond to other biosecurity directions.

Foot-and-mouth disease is endemic in dozens of countries around the globe, but Australia has been free from it for more than a century.

Opposition leader Peter Dutton called for Australia to close its border to Indonesia, suggesting the government wasn’t doing enough to prevent the disease from spreading.

“I believe we should shut the border and the Prime Minister needs to explain why that has not happened,” Mr Dutton told 2GB.

But the National Farmers’ Federation, Australian Meat Industry Council and Cattle Council of Australia say closing the border is not necessary.

“It would put at risk a trade that is very valuable,” National Farmers’ Federation president Fiona Simson said.

Australia’s trading relationship with Indonesia is worth $17 billion a year, with Jakarta a key market for Australian grains and live cattle.

Mr Watt said calls to close the border by the Opposition were dangerous.

“We’re already hearing that some overseas customers are concerned by some of the reporting and what they’re hearing opposition members say,” Mr Watt said.

The Centre of Excellence for Biosecurity Analysis has advised the Australian government that there is an 11.6 per cent probability of a foot-and-mouth disease outbreak happening in Australia in the next five years.