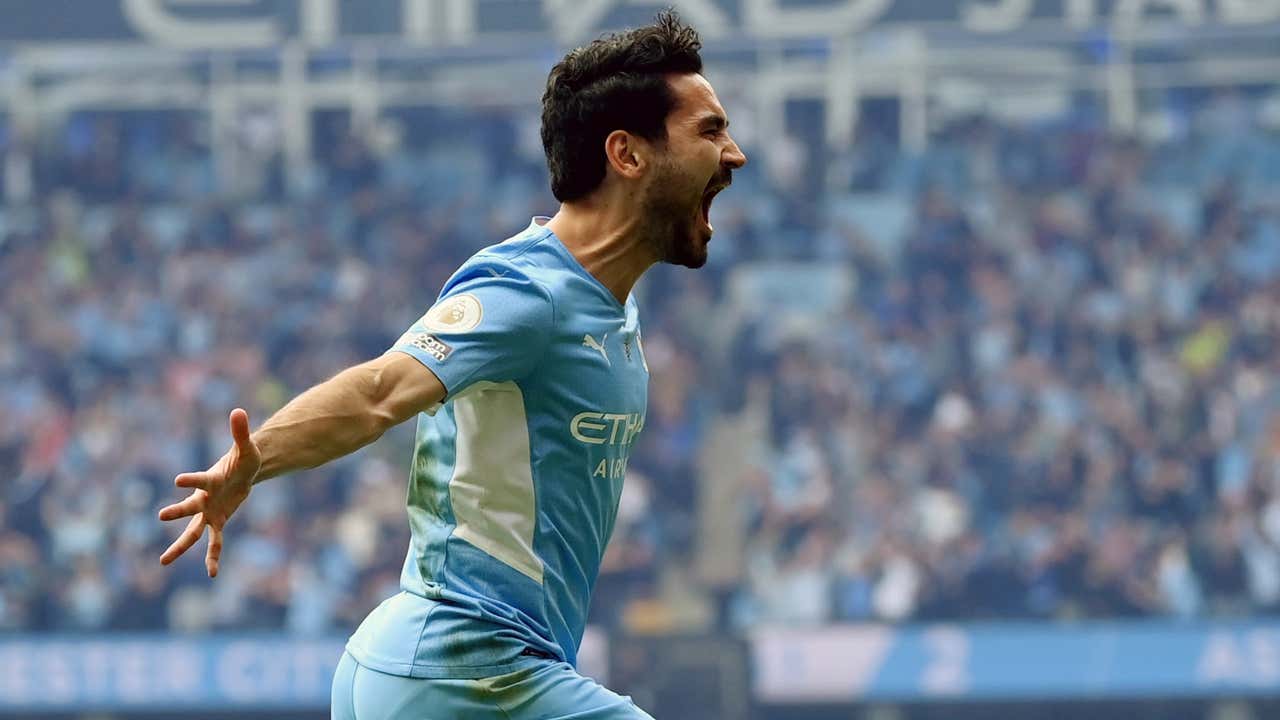 Ilkay Gundogan admits he was angry not to start Manchester City’s final game against Aston Villa before his heroics helped them land the title.

Pep Guardiola left the German midfielder on the bench on the last match of the season with Man City needing a victory to be certain of beating Liverpool to the title by a single point.

Trailing 2-0 with 14 minutes remaining, it looked like they were about to blow the chance to land a fourth title in five years until Gundogan scored twice and another from Rodri secured an unforgettable turnaround.

Why was Gundogan so angry?

“We are all competitive, we all want to play and I remember the week before I hadn’t started the West Ham game so I was quite confident in starting and then the moment I found out I wasn’t starting I was a bit frustrated and angry,” Gundogan said at the premiere of the documentary ‘Together: Champions Again!’

“I still tried to be focused and support the guys that were starting and I think I put that frustration a little bit into the game.

“Things didn’t start so well when I got subbed on as we were 10 seconds in and we conceded the second goal and then to be honest, as a professional football player you always try to do your best, do the simple things.

City begin the defence of their title on August 7 at West Ham with new signings Erling Haaland, Kalvin Phillips and Julian Alvarez added to the squad.

However they have also lost senior players Raheem Sterling, Gabriel Jesus and Oleksandr Zinchenko, and defender John Stones says they will be missed.

“I’m always confident we can be successful. Whoever has come in, they have always been great from the start,” the England international said.

“It’s sad to see people go, whether it is retirement or wanting a new challenge and that’s hard because we have so many good friends and good memories on the pitch but we won’t forget those.

“You kind of don’t want that to end, you want those memories, but that’s football, there is always new people coming in and it is credit to the backroom staff and people involved in recruiting that the character fit of players that have come in do so well in the team.”

Weekly episodes of ‘Together: Champions Again!’ are available on City+ and Manchester City’s Recast Channel.