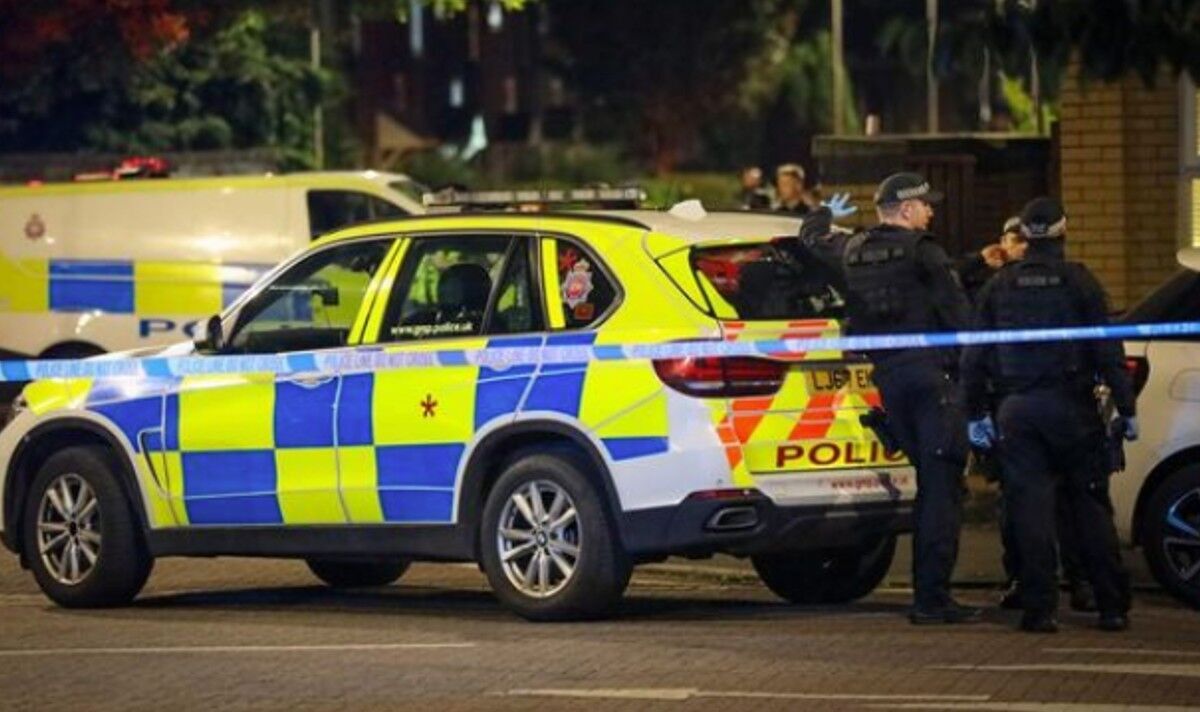 Eyewitnesses told Manchester Evening News they had seen dozens of officers – some armed – in Quinney Crescent and Great Western Street, two intersecting roads in the Moss Side neighbourhood. Police confirmed that officers had been called to reports of a shooting, and warned locals to avoid the area.

Pictures from the scene show a large police presence within the taped-off section, including a number of police vehicles. An ambulances was also visible.

A spokesperson for Greater Manchester Police (GMP) told Express.co.uk that there had been one casualty, but that they were now “thankfully stable in hospital”.

A police helicopter has also been spotted circling the area – a short distance from Princess Road (A5103), a major artery of the city.

By 0.20am, forensics teams had been pictured arriving on the scene.

One person claimed they were travelling past Princess Road at around 10.30pm last night when they heard a gunshot and “saw a couple of people running”.

A reporter on the ground said “numerous witnesses” had told them a vehicle had pulled up outside a house that was hosting a party before shots were fired.

A GMP spokesperson confirmed that they were investigating a reported drive-by shooting.

The force said in a statement in the early hours of this morning: “Police are currently responding to a reported firearms discharge on Quinney Crescent, Manchester.

“Road closures are in place. Members of the public are asked to avoid the area.

“Anyone with information should contact GMP quoting 3388 29/07/22. Information can also be shared anonymously via the independent charity – Crimestoppers on 0800 555 111.”

Moss Side has a historic reputation for high levels of crime; two years ago, two men were reportedly shot dead at a party.

The junction sealed off after last night’s incident sits to the west of Princess Road, near residential housing and a small green, approximately an 11 minute car drive from the city centre.