By Alesia Stanford For Dailymail.Com

Mandy Moore has learned that being pregnant while touring requires some adjustments.

The 38-year-old singer who is six months pregnant with her second child shared a picture of a recent sonogram on social media, with the post, ‘Keeping on schedule. Grateful of OB visits in new cities along the way to make sure baby boy is a-okay.’

The This is Us star shared the good news that she and husband, Taylor Goldsmith, 35 were growing their family earlier this month. 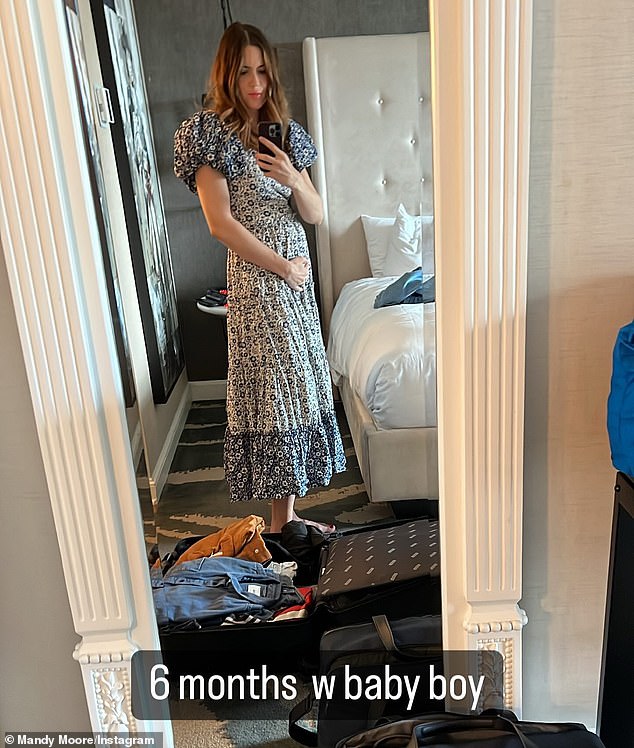 Touring: Mandy Moore has learned that being pregnant while touring requires some adjustments. The Real Life singer is six months pregnant with her second child

They are parents to 15-month old Augustus Harrison, whom they call Gus.  The toddler wore a Big Brother t-shirt to help announce the big news with the proud mom posting, ‘One incredibly seminal chapter of my life just ended and the next one, as a mother of two, is about to start… and are we ever so deeply grateful and excited. Baby Boy Goldsmith coming this fall!’

‘Tour is gonna be slightly different than I expected but I can’t wait and Gus is gonna be the BEST big brother!! Xo’

The Real Life singer is currently on the east coast, with shows scheduled in Connecticut and Pennsylvania this week, before heading south to Nashville and Texas next week. 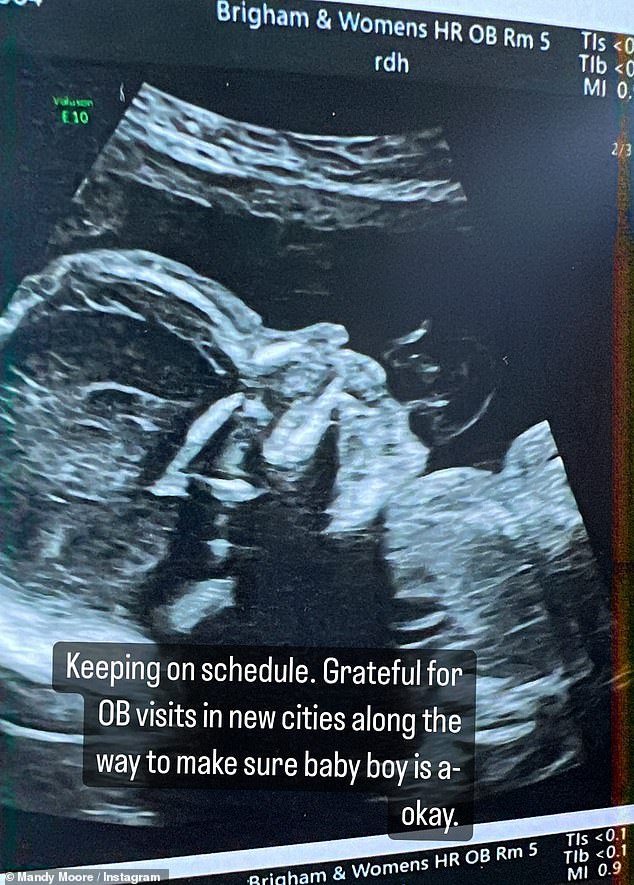 Checkup: The This is Us star has been scheduling checkups with doctors in cities where she is performing to keep tabs on her pregnancy

The singer and the musician first met in 2014, when Mandy tagged his band, Dawes, in an Instagram post.

The two met online, exchanged information and went on their first date.

They became engaged in 2017 and tied the knot in an intimate backyard ceremony in 2018. 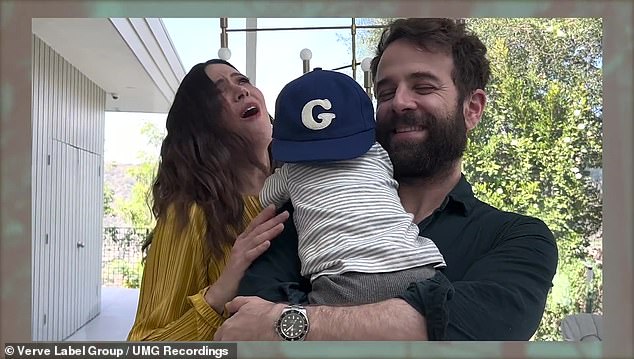 Growing family:  The Only Hope singer and her husband, musician Taylor Goldsmith, 35, are parents to 15-month-old Gus.  Their new little one is due in about three months

The Tangled star has called her former spouse controlling and psychologically abusive and that his behavior damaged her career.

Mandy seems to have bounced back, releasing Silver Landings, her first album since 2009, two years ago, with musical backing from her current husband.  She and her growing family are currently touring in support of her Real Life album.