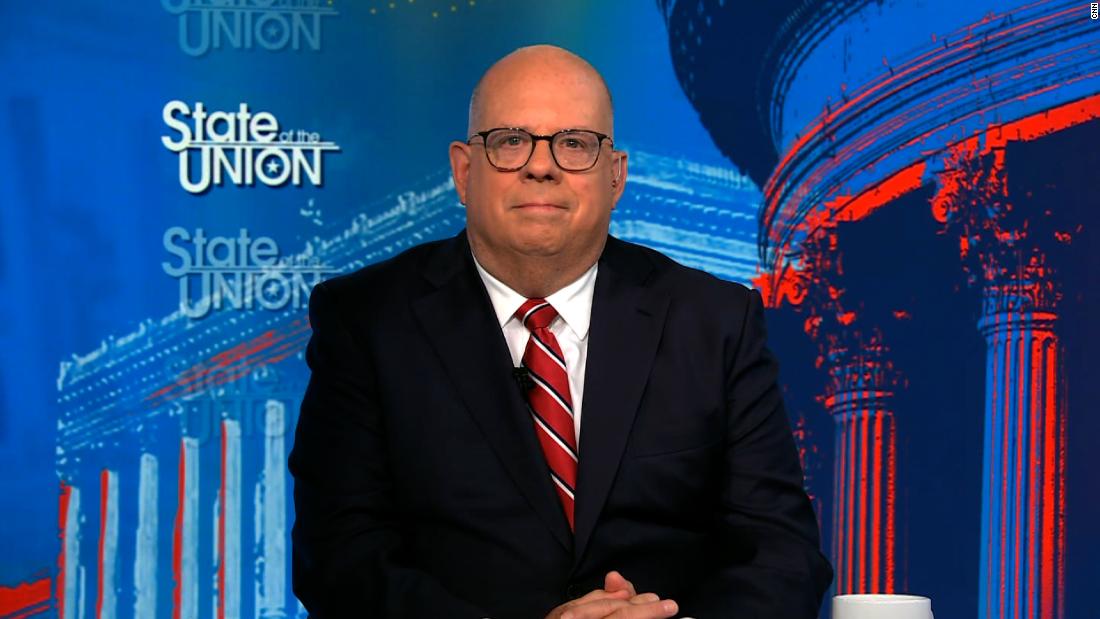 “There’s no question that we lost a battle, and we’re losing a few battles, but the fight is … long from being over,” Larry Hogan told CNN’s Jake Tapper on “State of the Union” when asked about his fight to control the future of the party amid former President Donald Trump’s outsized influence on its direction.

“I can tell you I’m not giving up, it just makes me want to double down and fight back against what I think is kind of a hostile takeover of the party that I love,” he added.

The race will be one of the most difficult governor’s offices for the GOP to hold in November’s midterms, and Cox’s win showcased Republican voters’ willingness to scrap what had been a winning formula in the deep-blue state after Hogan angered his own party with his criticism of Trump and his public safety measures amid the coronavirus pandemic. Hogan had backed Kelly Schulz, his former commerce secretary, in that primary, while Trump had endorsed Cox.

But Hogan said Sunday that he doubts Cox will secure the governor’s mansion in November.

“I don’t think there’s any chance that he can win,” Hogan said, “He really is not a serious candidate.”

Asked if there’s a possibility he’d vote for Wes Moore, the state’s Democratic nominee for governor, Hogan said, “I’m gonna have to make a decision about that between now and November but I’m certainly not gonna support this guy.”

And when asked if he’d be more likely to consider a presidential run after the recent GOP state primary results, Hogan was coy.