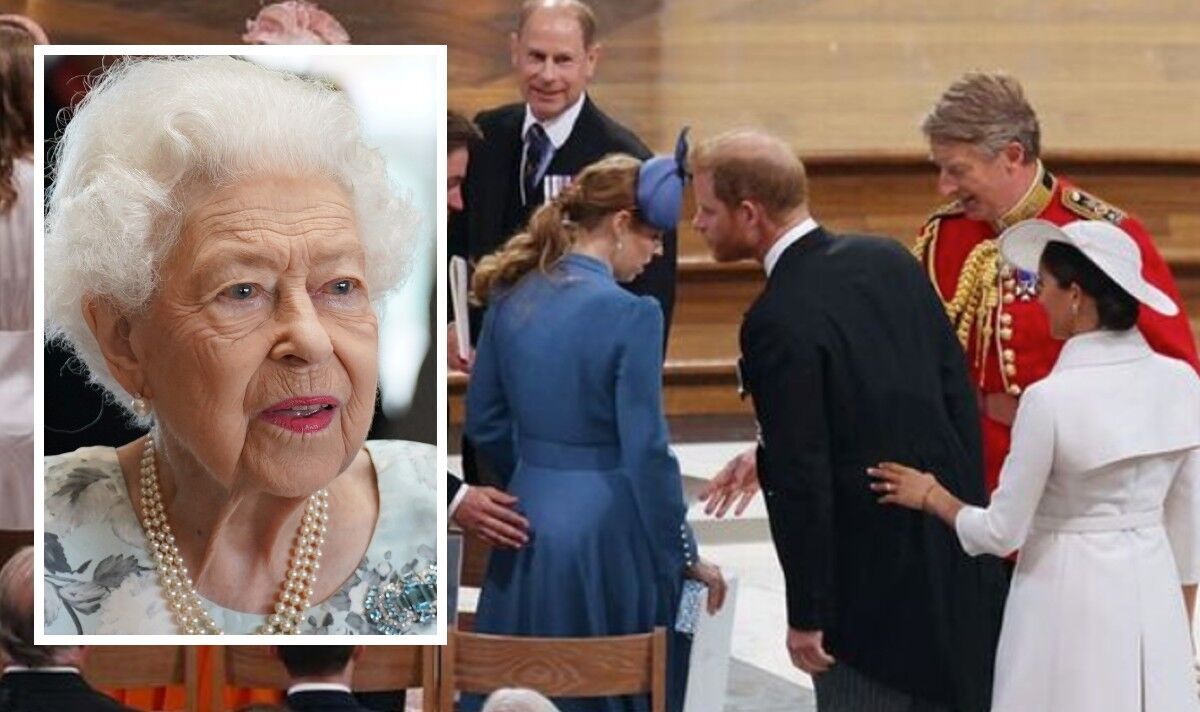 The Queen shut down last-minute requests from Meghan and Harry for more prominent seats at their only public appearance during the Platinum Jubilee weekend, according to a royal biographer. Tom Bower told an upcoming episode of the Mirror’s Pod Save the Queen podcast that the Duke and Duchess of Sussex tried to sit closer to senior royals at the service of thanksgiving at St Paul’s Cathedral. Harry and Meghan reportedly saw the seating arrangement, which placed them next to fellow non-working royals Princess Eugenie and Jack Brooksbank, as a snub.

Instead, they tried to change their seats at the last minute to sit closer to Prince Charles and William, in a bid for more limelight.

However, the attempt was blocked by the Queen herself, according to Mr Bower.

Mr Bower recently published the bombshell book Revenge: Meghan, Harry and the War Between the Windsors.

Harry, who eventually sat far from the senior royals, did not speak to his brother William during the event.

JUST IN: Fears of ‘dual attack’ waiting for monarchy

Mr Bower told the royal podcast: “I was told, unfortunately too late for the book, they were meant to turn up at Wellington Barracks to get on the coach which was set up for the minor royals to go to St Paul’s for the Jubilee service.

“They arrived deliberately late so the bus had gone and they could make a grand entrance from a car so they could be seen on the steps, which Netflix obviously needed.

“And then as they walked down the aisle, they get to the seats in the row they are assigned and I’m told they then asked six other people sitting this side of the aisle could they move down so they could sit on the aisle itself.

“And the usher apparently said to them ‘you can’t, you’re sitting in seats eight or nine’ or whatever it was and Harry said ‘why?’