The Duchess of Sussex has denied she lied to Oprah Winfrey about being an only child, insisting her comments were meant to be a subjective statement of her feelings, and not “objective fact”, a defamation case has heard.

Meghan is being sued by her half-sister Samantha Markle in Florida over the Sussexes’ interview with Winfrey and the Finding Freedom biography, with Markle claiming she was subjected her to “humiliation, shame and hatred on a worldwide scale”.

READ MORE: Meghan and Harry ‘not invited’ to join the Queen at Balmoral

The duchess’s US legal team has moved to dismiss the case in legal papers submitted to the court, The Telegraph UK reports.

Markle has brought the legal action over what she claims are “false and malicious lies” about Meghan’s fairy tale “rags-to-royalty” story.

She’s has taken particular issue with Meghan’s comments to Winfrey that she “grew up as an only child”.

In paperwork filed this week, Meghan’s lawyers said: “Plaintiff [Samantha] first asserts that she can disprove that Meghan ‘grew up as an only child’.

“But this perception is inherently unfalsifiable. It is hard to imagine a more personal and subjective feeling than how one views their own childhood.

“Moreover, Plaintiff’s opposition completely ignores the context of the statement, where Ms Winfrey asked Meghan about her ‘relationship’ with Plaintiff (to whom Ms Winfrey referred as her ‘half-sister on her father’s side’).

“Meghan’s response to that question that she ‘grew up as an only child’ was obviously not meant to be a statement of objective fact that she had no genetic siblings or half-siblings.

“Rather, it was a textbook example of a subjective statement about how a person feels about her childhood.”

Lawyers for the Duchess of Sussex have also argued she cannot be sued over the book Finding Freedom because she did not write it.

“Meghan did not make the statements; she cannot be liable for them,” they said. “It is that simple.”

Markle had been trying to argue her half-sister had given statements to authors Omid Scobie and Carolyn Durand via a third party.

The duchess’s legal team is calling for the case to be dismissed and for “attorneys’ fees, costs and other relief” to be paid.

When Markle first brought the case to court in March, she accused the duchess of concocting a “false narrative and fairytale life story”, as well as orchestrating a “campaign to defame and destroy her sister’s and her father’s reputation and credibility in order to preserve and promote the false ‘rags-to-royalty’ narrative”.

Meghan, she claimed, “used the powerful resources of the royal family’s public relations operation to disseminate and spread lies worldwide”.

Lawyers representing the Duchess of Sussex called the lawsuit “baseless and absurd”, and a “continuation of a pattern of disturbing behaviour”.

For a daily dose of 9Honey, subscribe to our newsletter here 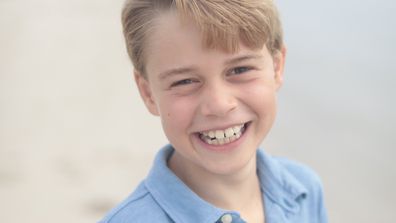