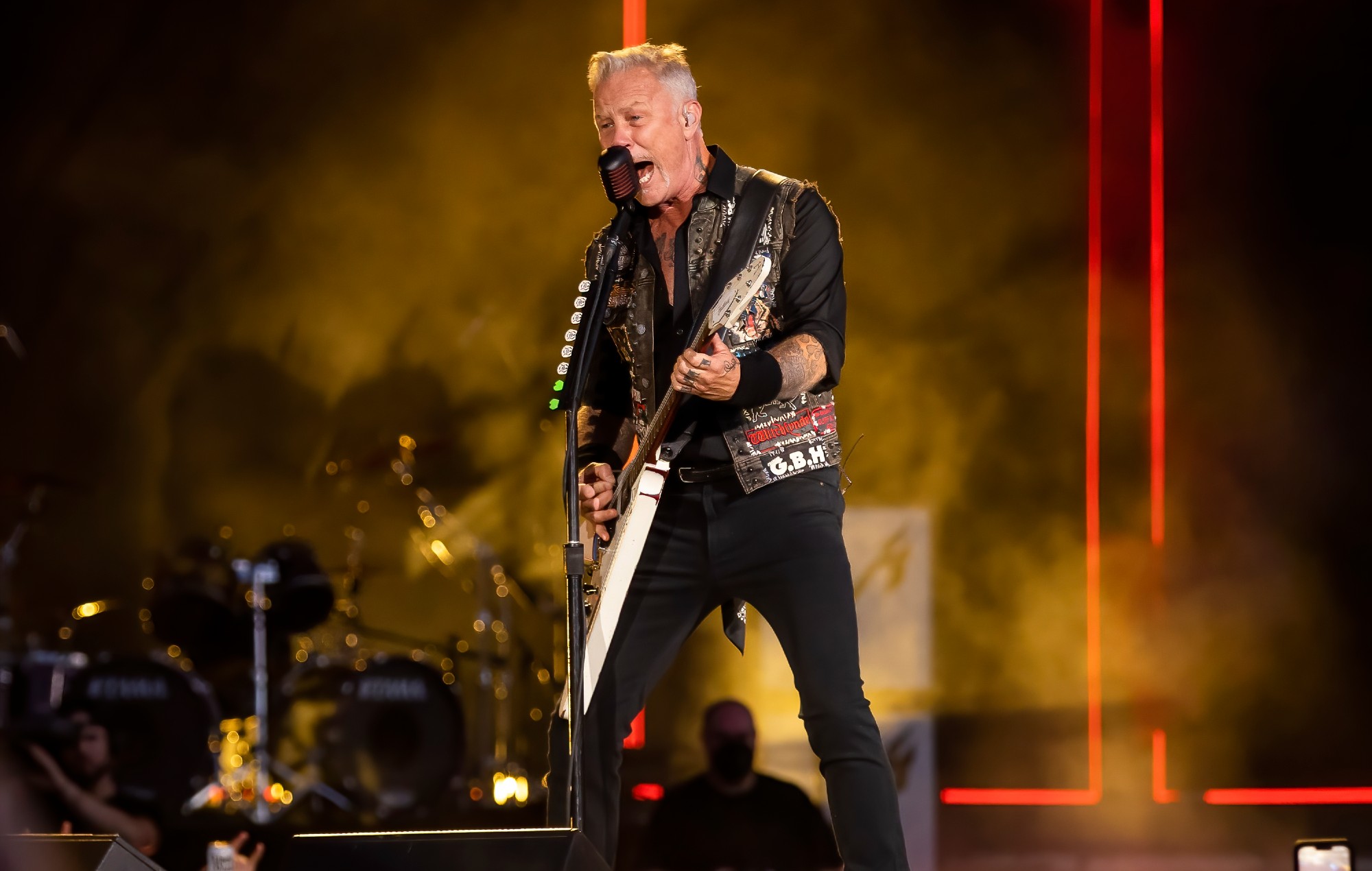 Metallica gave Stranger Things a shoutout at Lollapalooza, playing a clip of season four’s Eddie Munson on screens during ‘Master of Puppets’.

The rock legends headlined day one of the Chicago festival Thursday night (July 28). They shredded through a setlist comprising ‘Enter Sandman’, ‘Nothing Else Matters’ and a cover of AC/DC’s ‘It’s A Long Way To The Top (If You Wanna Rock ‘N’ Roll)’, before returning for an encore.

Closing their set with ‘Master Of Puppets’, they paid homage to the Duffer Brothers’ cult Netflix show and its metalhead character Munson (played by Joseph Quinn) with footage of him onscreen. The clip is taken from season four’s final episode, where Munson plays the Metallica classic in the Upside Down.

Watch NME’s footage from the performance below.

Metallica’s ‘Master Of Puppets’ has seen a surge in streams since its Stranger Things inclusion, which featured additional guitar parts from Robert Trujillo’s son, Tye.

Initially released in 1986, the track’s newfound popularity saw it crack the Billboard Hot 100 Chart and UK Top 100 Singles Chart for the first time, peaking at Number 35 and 26, respectively.

Riding the track’s momentum, the band duetted a video of Munson’s ‘Master Of Puppets’ scene and released their first-ever video for the song.

Speaking about the song’s inclusion on the show, Metallica shared: “The way The Duffer Brothers have incorporated music into Stranger Things has always been next level, so we were beyond psyched for them to not only include ‘Master of Puppets’ in the show, but to have such a pivotal scene built around it.”

“It’s an incredible honour to be such a big part of Eddie’s journey and to once again be keeping company with all of the other amazing artists featured in the show.”