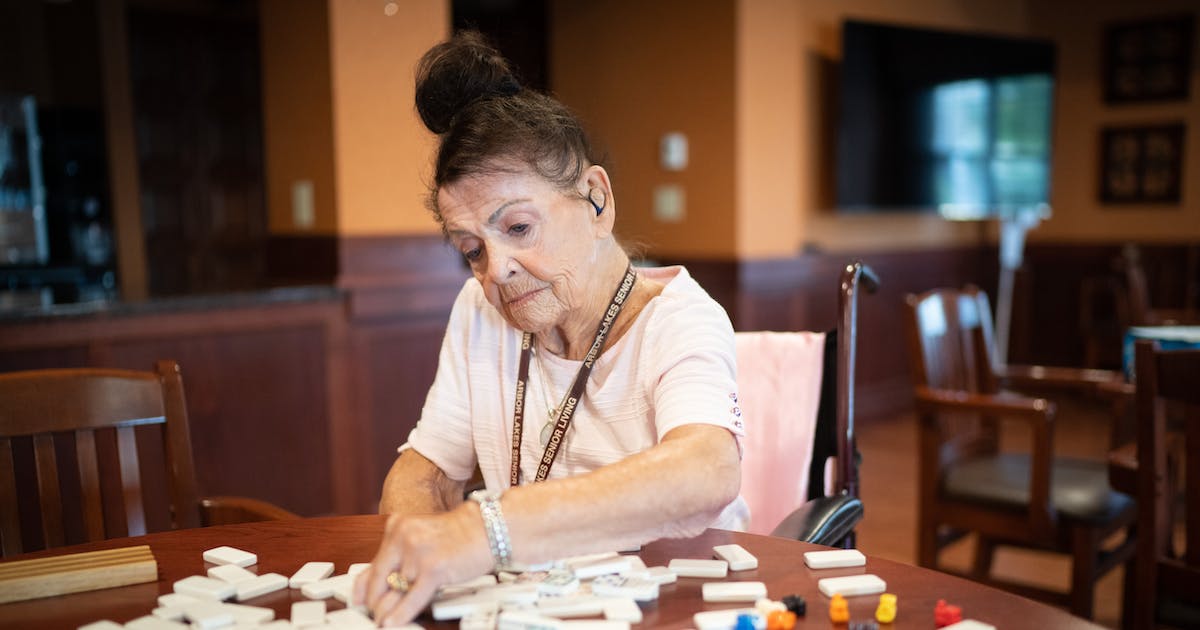 Eric Linn made a modest request of the senior home that cared for his mother as she lay dying of Alzheimer’s disease in the spring of 2019. He asked that she be allowed to die peacefully and without any unnecessary pain.

Yet Linn’s trust was shattered when he learned that someone working the overnight shift had stolen several doses of his mother’s morphine and anti-anxiety medication. No one could identify the perpetrator or cared enough to investigate, he said. Shaken by the revelation, Linn moved his 65-year-old mother out of the facility the next morning and into his family’s home near St. Cloud, where she died four days later.

“I couldn’t bear the thought of my mother dying that way – alone and in pain,” said Linn, a plumber. “What little she had – her sense of peace – was robbed from her.”

Amid a spiraling epidemic of opioid abuse, Minnesota senior homes have become attractive targets for addicts and drug dealers. New research shows that nursing homes and assisted-living facilities across the state often are failing to protect seniors from thefts of highly addictive painkillers – with thousands of pills being stolen every year by people entrusted to care for vulnerable residents. The consequences are devastating: Many seniors have suffered needlessly for long periods without knowing the cause of their misery.

In the last eight years, more than 11,300 medications, primarily narcotics for treating pain, were stolen from at least 368 residents of nursing homes and assisted-living sites across Minnesota, according to a soon-to-be-published study. In some cases, oversight is so lax that thefts go undetected for months, resulting in a dozen or more victims at a single site. On average, the thefts took place over 56 days with more than 30 doses stolen per resident, according to the analysis of 107 substantiated reports of drug diversion investigated by the Minnesota Department of Health.

The perpetrators, nearly half of them nurses, sometimes have used ingenious methods, the researchers found. They have walked out of resident rooms with powerful narcotics tucked in their pockets, waistbands, bras and socks. They sometimes replaced them with over-the-counter drugs like aspirin. They have diluted liquid medications in syringes and shaved pills — keeping part of the drugs for themselves. And they have carefully hidden their tracks by resealing punctured drug packages, forging staff signatures on drug counts and stuffing pill packages into shredders, the researchers found.

Some workers even ingested the stolen drugs during their shifts, jeopardizing patient care, the researchers found.

“The situation is out of control,” said Eilon Caspi, a gerontologist and professor at the University of Connecticut, who led the research project along with researchers at Purdue University.

While not new, the problem of opioid thefts in senior facilities has been exacerbated by the worsening opioid epidemic and a state workforce crisis that has hindered efforts to counteract the thefts. The state’s long-term care groups say backlogged investigations are preventing them from identifying perpetrators quickly enough. It can take six months to a year for the Minnesota Board of Nursing to complete an investigation after a theft has been reported. Meanwhile, a nurse can jump from one senior home to the next, stealing drugs at each location without providers knowing they pose a risk to patients.

The thieves also have become increasingly brazen, say long-term care administrators, exploiting their access to pain medications by pilfering hundreds of pills for months at a time. In a 2018 case, a nurse at an assisted-living facility in Grand Rapids stole more than 1,900 tablets over a two-year period by routinely placing them in an “overflow storage area” in her office. When the facility ran short of drugs, the nurse concocted excuses for why she could not access them. All told, 13 residents went without their pain medications, according to a state investigation.

“Our concern is that it’s not just addicts stealing for themselves,” said Patti Cullen, president and chief executive of Care Providers of Minnesota, an industry group. “We are seeing cases when the quantity of drugs stolen far exceeds what a single person could use.”

Butthe public can find it difficult to learn about these crimes and where they occur. That’s because completed state investigations of drug thefts in long-term care homes are pooled under the broad category of “financial exploitation,” along with thefts of personal items like jewelry. Even in cases where narcotics have been found stolen, the term “theft” often does not appear in state maltreatment reports. Instead, regulators refer to it as “drug diversion” — a term that some patient care advocates argue downplays the crimes.

“We need to stop sanitizing this cruelty by calling it drug diversion and call is what it is – criminal theft of pain medication,” said Kristine Sundberg, executive director of Elder Voice Family Advocates.

Known for years as a workplace hazard in senior homes, drug thefts have spawned a range of safety protocols. Each dose of a controlled substance that is administered must be documented, and drug counts are performed each work shift to detect discrepancies. Drugs at high risk for theft must be stored in double-locked containers accessible only to authorized staff, according to long-term care groups.

Aware that more changes were needed, the Department of Health and the state’s long-term care industry groups came together in 2019 and developed a long list of recommended preventative measures, including stronger hiring practices and the immediate reporting of suspected thieves to professional licensing boards.

Yet law enforcement officials say investigating such theftsposes unique challenges, because of the large volume of drugs administered and the number of rotating staff who have access to them. In a case this spring, more than 240 narcotic tablets for three residents went missing over several months from the Sanctuary, an assisted-living home in West St. Paul. State health investigators could not identify the perpetrator because of the facility’s poor record-keeping and lack of procedural oversight, a state report said.

A spokeswoman for the Sanctuary said the facility has re-educated staff on medication administration and changed its procedures to require two staff to sign off on all narcotics. After an internal investigation, she said, the facility fired an outside nurse who was believed to be responsible for the theft.

“The biggest problem is that too many people have access to these narcotics at any given time,” said Brian Sturgeon, chief of the West St. Paul Police Department and a former narcotics investigator. “It doesn’t help that the inventory [of drugs] is often not done correctly — if it’s done at all.”

Once drug thefts are discovered, family members often are left feeling guilt and regret that they did not see warning signs.

Lois Gildea, a research nurse at the University of Minnesota, said she had no reason to suspect a nurse was stealing painkillers from her mother-in-law at an assisted-living home in Wayzata. Then one day a personal care aide hired by Gildea discovered that some of the pills in her dispenser had a slightly lighter color than the prescribed narcotic. Alarmed, Gildea put a tiny camera inside a teddy bear next to her mother’s bed. Video footage showed a nurse stealing the narcotics while her mother-in-law was in the bathroom, she said.

“The most unsettling part was not knowing how long she was in discomfort and pain,” Gildea said.

Kari Shawsaid her 88-year-old mother still is traumatized by what she experienced three years ago.

A home health nurse was discovered stealing narcotics from her mother, LaVonne Borsheim, who had a severe case of rheumatoid arthritis, and replacing them with allergy pills. The switch caused such an alarming decline in her mother’s health that family members thought she might be dying. She would sleep most of the day and then wake up in agony — sometimes sobbing and begging for pain medications. Nobody suspected the home nurse until Borsheim’s husband took her to a pain clinic, and blood tests showed there were no opioids in her system, Shaw said.

The nurse, La Vang, hired to care for Borsheim pleaded guilty in May 2019 to stealing prescription opioids and was sentenced to 18 months in prison.

“It was a nightmare,” Shaw said. “My mother kept saying, `The pain is unbearable,’ but no one could understand why.”

Now, Borsheim is afraid to be alone in her room at an assisted-living home in Maple Grove. She spends most of her days in the building’s lobby, playing dominoes and sharing stories, and only ventures back to her bedroom at bedtime. “When you have someone invade your private space and almost kill you, that’s just —” Shaw said, searching for the right words. “That’s a memory that doesn’t go away.”

The following findings were based on a review of 107 state Department of Health investigation reports that substantiated drug thefts in Minnesota senior homes between 2013 and 2021.

Average duration in which the thefts took place: 56 days