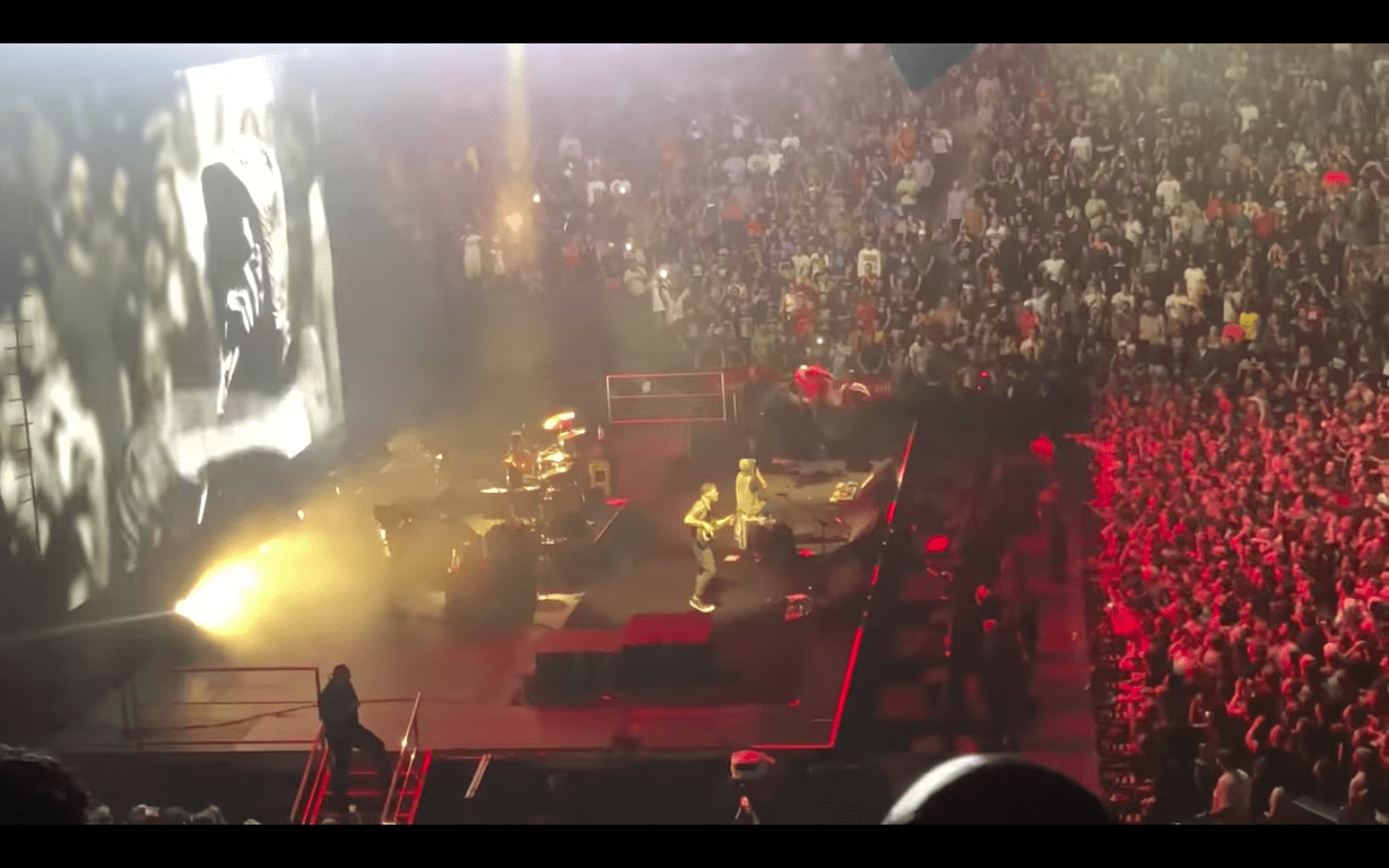 Security at Toronto’s Scotiabank Arena had the wrong man last night when they tackled the talent instead of a fan who had climbed onstage.

In a video captured by Frank Cusenza, a bassist from Mississauga, viewers can see the band about to kick off their hit Killing in the Name from their eponymous debut album. This song, which explores police racism and brutality, is one of Rage’s biggest hits charting in numerous countries.

One fan was particularly excited to hear that iconic opening riff. As the crowd erupts shouting the opening lines, A man in red rushed over a barrier holding back the crowd that filled the packed arena.

Next he ran through an open gap area for staff and climbed on stage on the far left, running straight toward guitarist Tom Morello, renowned as one of the greatest players to pick up the instrument.

A security guard can then be seen bolting from backstage to intercept the would-be crowd-surfer. The fan jumps past Morello as the guard leaps into a tackle, colliding with the guitarist instead of the fan.

The impact knocks Morello right of the stage landing in the audience pit. Meanwhile the fan jumps down to the front of the stage and tries to hop back into the crowd. However, security holds on tight as the video cuts off.

Morello reportedly hopped back on stage, said “Let’s go,” and the band re-started the song. While the guitarist didn’t mention the incident in a later tweet celebrating the concert, he did say “All Hell can’t stop us now.”

RAtM is renowned for their musical inventiveness, socially conscious lyrics and impact on the music industry, inspiring droves on Nu Metal acts throughout the last 30 years. The disbanded following a cover album Renegades (2000).

After a brief reunion between 2007 and 2011, the band dissolved again. This time the instrumental side of the band hooked up with Chuck D and DJ Lord of Public Enemy as the Prophets of Rage.

This band released an EP and a full album, but dissolved in 2019. RAtM reunited a second time shortly thereafter and launched a reunion tour. Initially scheduled for 2019, then 2020, then 2021 due to the COVID-19 pandemic.

The world tour finally kicked off on July 9 and continues until April 2023 with several more Canadian appearances. They’re touring with hip hop act Run the Jewels, also renowned for their inventive musicality and socially conscious lyrics.

Subscribe now to receive our daily email of today’s top stories in your city!