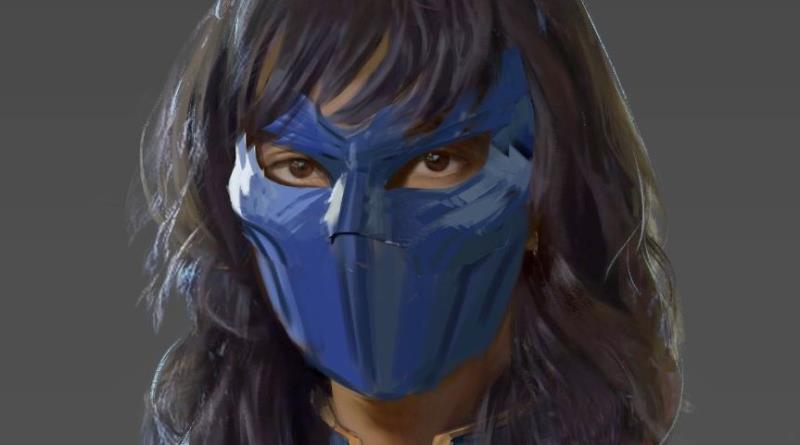 Some more pre-viz concept art for Ms. Marvel has been shared online, this time giving us a look at several alternate prototype mask designs for Kamala Khan. Check it out…

Marvel Studios concept artist Mushk Rizvi has taken to Twitter to share some more early concept designs for Ms. Marvel, and it looks like some very different ideas were considered for Kamala Khan’s prototype mask.

As Rizvi points out in her post, these are pre-viz designs for the masks Kamala would have worn before donning her official Ms. Marvel duds in the season finale.

Like this previously released concept art, we assume these concepts were created before Iman Vellani was cast in the lead role (which is why this take on Kamala looks nothing like her), but they certainly make for an interesting alternate take on the teenage superhero’s costume!

Check out the alternate designs below, and let us know if you prefer any of them to the suit/mask we saw in the series.

Some pre vis #KamalaKhan portraits and mask iterations for #MsMarvel on #DisneyPlus . These were done for what she could be using before she gets her actual mask. Portraits are always the fun part for me. I can portraits allll dayyy, granted they are a bit stylized <. href="https://t.co/q0Ml6ugiMN" rel="nofollow" target="_blank">pic.twitter.com/q0Ml6ugiMN

“Ms. Marvel is a new, original series that introduces Kamala Khan, a Muslim American teenager growing up in Jersey City,” reads the show’s updated synopsis. “An avid gamer and a voracious fan-fiction scribe, Kamala is a Super Hero mega fan with an oversized imagination—particularly when it comes to Captain Marvel. Yet Kamala feels like she doesn’t fit in at school and sometimes even at home—that is, until she gets super powers like the heroes she’s always looked up to. Life gets better with super powers, right?”