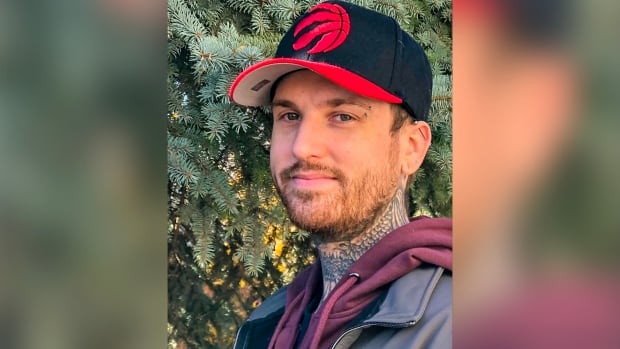 This First Person article is written by Shirley Nicholson who lives in Winnipeg. For more information about CBC’s First Person stories, please see the FAQ.

My son was just an addict.

That’s what some people say. He was nothing but an addict. Like he planned this. Like he really didn’t want to live.

Yes, he made some really bad choices in his life, and he paid for them dearly. He had spent time in both provincial and federal prisons. But he made parole and started a new life. We thought he was well on his way, but addictions are cunning and baffling diseases.

Just sitting in the background.

Until you have a good day.

Until you have a bad day.

Until it’s just any day.

From everything I’ve learned about my son’s addiction to alcohol and drugs, the craving, the need and the desperation to have that fix never goes away. Some can work past it. Some can go to Narcotics Anonymous or a rehab program and work their way through it. The need to stay sober must be stronger than the need to get a fix.

People say it’s a choice. What I saw from my son’s behaviour is that addicts don’t really have a choice. The addiction has the control, the power, the say in whether they use again.

We lost our son six hours after he wished his dad happy birthday.

“I’ll see you tomorrow,” he promised.

But he died from an overdose early the next morning. And just like that, our family was lessened by one. Our lives changed forever.

People say to me:

From the moment the police came to our door and gave us the horrific news, we’re just putting one foot in front of the other, one step at a time. Some days we get through with relative ease and only a few moments of utter desolation. On other days, we can barely crawl out of bed to face the day.

There was a lot of paperwork, administration and things to get done when a loved one dies. I faced it all like a job.

But if I let myself stop and go back to that moment — the moment the police said, “I’m sorry to tell you…” — I break down in sobs. Wrenching sobs I cannot control. I can’t breathe. I can’t think. If I can, I hold onto something, so I don’t end up on my knees right then and there. If I don’t go “there,” I can make it through most days.

We spread his ashes here, there, in places we thought he’d like, in places he liked to hang out, in places he’d never been. We held his small but meaningful memorial at the Winnipeg Folk Fest campground.

We went to the Dominican Republic in March. One morning at breakfast, my husband mentioned scattering his ashes in the Caribbean, where our son had never been and I broke into heart-wrenching sobs, again. Just a mention of him, and I cry uncontrollably. One day, I may be in the condiments aisle looking at Frank’s RedHot sauce. He would laugh and recite the commercial line, “I put that s**t on everything!” And I fall apart.

He’d laugh at us scattering his ashes everywhere. I know he’d say, “What the f**k, Mom! I don’t care about that!”

But we do. We’re just trying to show respect to his memory.

A couple of months after his death, my daughter suggested we go somewhere for Thanksgiving. It was also Darell’s birthday, but that was the unspoken part. I said, “Sure!”

So, we left the province for a trip to Victoria.

It was the best way to get past that first milestone — his first birthday without being with us on this earth.

My daughter planned so many activities, we didn’t have time to think. We just enjoyed each moment with our daughter and son-in-law. They both have been our strength and our rock in these tough times through his addiction and then death.

And we got past the dreaded day.

He had ideas, plans, dreams and a motorcycle test appointment the next week.

He didn’t plan to die at 27. He was more than his addictions. He was our son, our brother, our grandson, our nephew, our cousin and we all loved him so.

Do you have a similar experience to this First Person column? We want to hear from you. Write to us at firstperson@cbc.ca.