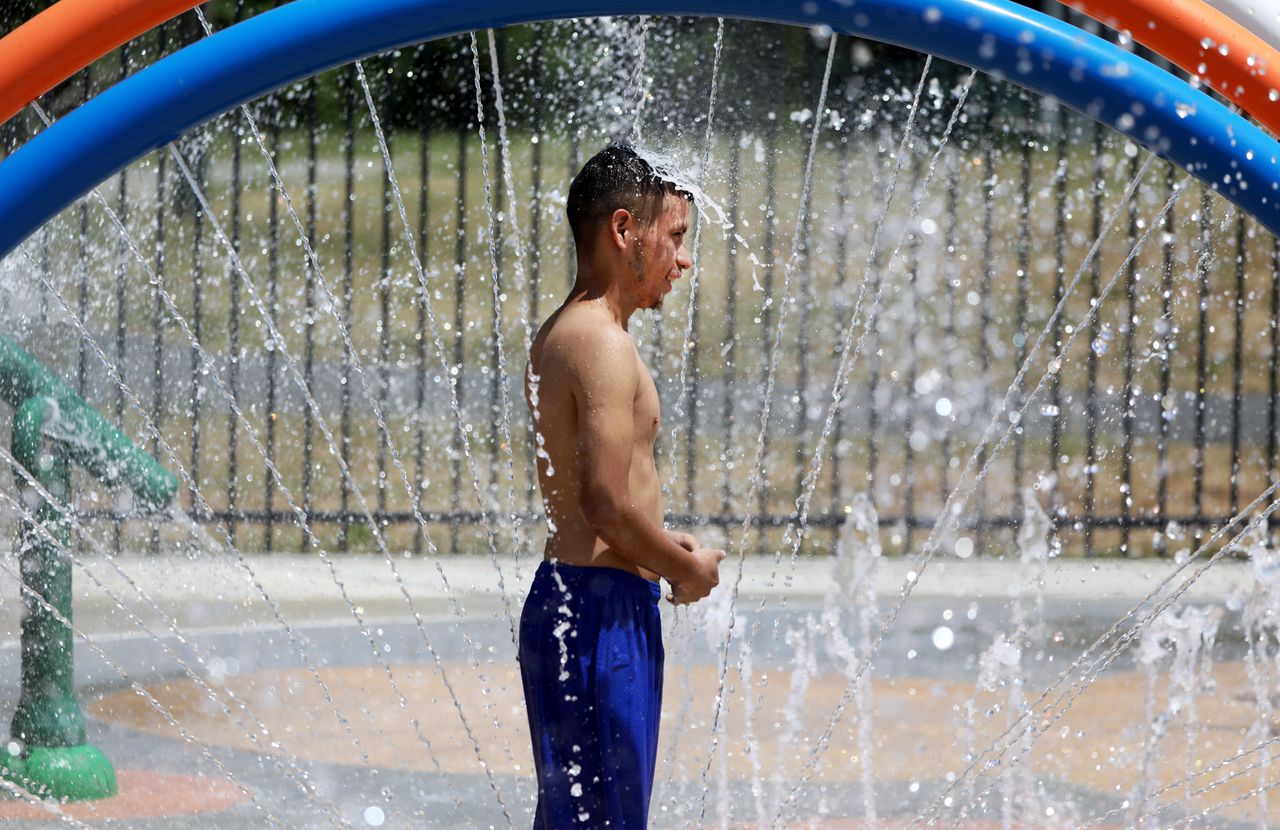 This week’s relentless heat wave continued on Sunday, with New Jersey cracking 100 degrees in several locations, including Newark, where the city set a single day mark and another record, its fifth straight day in triple-digit heat, according to preliminary information from the National Weather Service.

“This breaks the old record of 99 set in 2010,” for July 24, the advisory stated. “This also marks the fifth straight day where the temperature has reached 100 at the airport, the longest such streak on record at Newark. Records go back to the year 1931.”

“All climate data are considered preliminary until reviewed by the National Centers for Environmental Information (NCEI),” the advisory added.

The New Jersey State Climatologist’s Office at Rutgers University, which maintains statewide weather records dating back to 1895, says the hottest day ever recorded in New Jersey was July 10 in 1936, when a weather monitoring station in Old Bridge in Middlesex County reached 110 degrees.

Other steamy places on Sunday

Lee said the temperature hit an even 100 degrees on Sunday at two other monitoring locations in New Jersey: Somerset Airport in Bedminster, which the agency refers to as Somerville; and at South Jersey Regional Airport in Lumberton, referred to as Mount Holly.

They were also the highest temperatures ever recorded for July 24 at those two locations, Lee said, following Bedminster’s previous high of 96 degrees in 2016, and Lumberton’s record 97 in 2012.

However, Lee said the Bedminster and Lumberton high marks would not be considered official records because the two were recorded at automated monitoring stations in place only since the 1990s.

Lee said there were no other daily highs set around the state, but Trenton Mercer Airport tied its daily record for July 24 when the mercury hit 98 degrees Sunday afternoon. Atlantic City International Airport reached 99 degrees, just one degree away from tying its daily record high of 100, set in 2011.

The weather service recorded temperatures of 99 degrees at its monitoring stations at McGuire Air Force Base in Burlington County and in Millville, Cumberland County.

Among the scorching temperatures reported across the state Sunday by the Rutgers NJ Weather Network, which is not affiliated with the National Weather Service, were:

Lee said this week’s heat wave would begin to break this evening, as a pressure front carried cooler air from over the Midwest and Canada. For example, Sunday evening’s low in Newark was forecast to be 80 degrees, followed by a high of 91 on Monday with showers expected in the afternoon, before clearer skies and a high of just 85 or so Tuesday.

At about 7:30 p.m. Sunday, a line of strong thunderstorms was moving across parts of northeastern Pennsylvania and northwestern New Jersey. The weather service said some of those thunderstorms were drifting into Sussex and Warren counties and could generate wind gusts as strong as 50 mph.

The national Storm Prediction Center says all 21 counties in New Jersey face a slight risk of severe thunderstorms — with the potential for heavy downpours, small hail and damaging winds — on Monday.

Nobody knows Jersey better than N.J.com. Sign up to get breaking news alerts straight to your inbox.