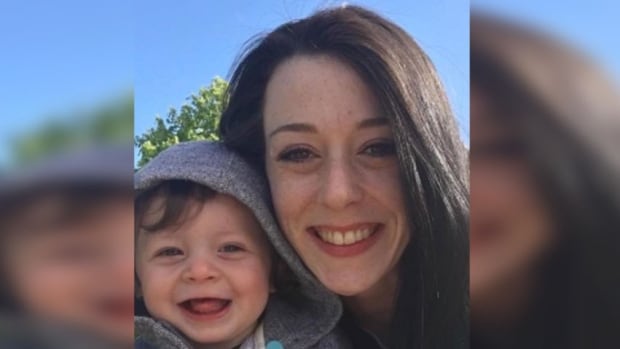 More than a year after a missing Saint John woman’s body was discovered in the north end, new details about the case have emerged through court documents.

And during the seven days before the body was found, someone “did improperly interfere” with it.

MacKenzie, the mother of a young son, was reported missing on May 8.

The last update from police on the investigation was issued nearly 11 months ago. At that time, they said they were continuing to investigate “the suspicious circumstances” of her death.

“Currently, the major crime unit is investigating indignity to a dead human body. Homicide has not been ruled out,” a release said.

An autopsy was conducted, but the cause of MacKenzie’s death was never released.

“The investigation continues to evolve as investigators are diligently interviewing witnesses, reviewing physical and electronic records, as well as collecting and analyzing forensic evidence,” the Saint John Police Force said.

Last confirmed person to be in contact with victim

Court documents show police discovered Terrance Joseph (TJ) Keleher was the last person confirmed to have been in contact with MacKenzie, on May 4.

He lived in Apt. 3 of the building where MacKenzie’s body was found, according to the court documents. Lawrence Keleher and Ashley Stevens also lived in that apartment.

No charges have been laid. The court documents do not identify anyone as a suspect or indicate whether police have any suspects.

The investigation is still going on, lead investigator Const. Neal Fowler told the Court of Queen’s Bench in an affidavit, dated May 31, 2022.

Fowler filed the affidavit in support of a Crown application requesting a judge allow police to hold onto items they seized during searches for another year.

Police seized about 200 items through four search warrants, two warrants to obtain bodily substances for forensic DNA analysis and a seizure without warrant, the documents show.

The majority of the items were seized as part of a first search, executed at 40 Victoria St., between May 12 and May 17. The warrant covered Apt. 3, as well as Apt. 2, the front and rear stairwells of the building and the backyard.

Among the exhibits seized were bloodstains found in a small room and on the front stairs, as well as swabs of several other stains, a fingernail from the back stairwell, and used needles.

Numerous other items that were seized have been blacked out of the court documents, under an interim sealing order granted by Justice Kathryn Gregory on June 15 to “prevent the revealing of hold back information that is not known to the public and required to protect the integrity of the ongoing investigation.”

MacKenzie’s mother, Beverley MacKenzie, did not immediately respond to a request for an interview.

MacKenzie’s family announced her unexpected death with “heavy hearts.” The obituary said she would be missed by her young son, the boy’s father, her parents, siblings and several other extended family members.

Mourners described her as an “amazing, loving, caring” friend, with a “strong attitude and a stubborn one,” who made people laugh and gave “the most amazing hugs.”

The other police searches were conducted between June 11 and Sept. 29, the court documents show.

At a local impound yard, officers took swabs of two cars, including stains on the driver’s seat of a Mercury Sable, by the driver’s door latch and by the driver’s visor mirror. Among the items seized from a Hyundai Elantra were a machete and a red high-heel shoe.

Some of the other items seized in searches include:

Fowler, the lead investigator, said in his affidavit that keeping the seized items for longer would help the investigation, and the evidence may be required if the case goes to court

“There is an enormous amount of data and/or information that has been obtained from authorizations granted,” said Fowler, an 18-year veteran of the force. “Given the complexity of this investigation, I have not been able to fully analyze and/or evaluate all evidence.”

It is my belief that the continued detention of the exhibits seized is required for the purposes of this investigation and is in the interest of justice to do so.– Neal Fowler, lead investigator

Police were originally allowed to keep the items for three months, but provincial court judges subsequently extended this time to up to one year from the date of seizure. Those orders all expired in May.

Fowler requested an extension until May 10, 2023, or until the items are needed for a preliminary hearing, trial or other proceeding.

“It is my belief that the continued detention of the exhibits seized is required for the purposes of this investigation and is in the interest of justice to do so,” he said.

In the Crown’s application on June 1, prosecutor Jill Knee said detention of the seized items “is reasonably required due to the complex nature of the investigation.”

Early in the investigation, police asked anyone who had spoken with or seen MacKenzie between May 3 and May 11, 2021, or anyone with information about her during that period to contact them.

They were also seeking any video security footage in the areas of Victoria Street in the north end, or St. James Street West and Buena Vista Avenue on the west side between May 2 and  May 11, 2021.

“Saint John Police Force would like to thank the family and public for their patience as investigations of this nature are often complex and lengthy,” the Sept. 1 release said.

Indignity to a dead human body carries a maximum sentence of five years in prison.