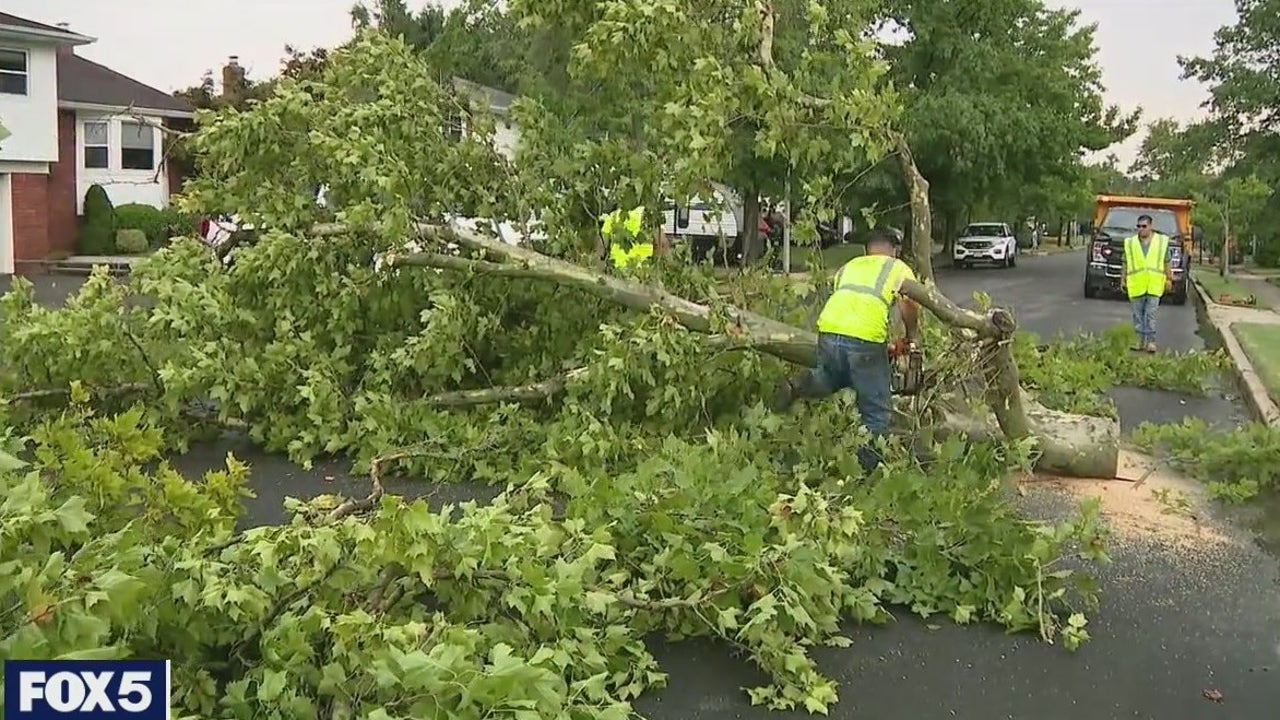 A powerful storm system passing through the New York area on Monday knocked down numerous trees on Long Island.

Once it all stopped, residents in a Roslyn neighborhood came outside to uprooted trees blocking the roadway, big branches scattered about, and sidewalks split in half.

“We heard horizontal rain hitting the windows,” a resident said.

The summer thunderstorm system caught some off guard.

The National Weather Service said this weather event appears to have involved straight-line winds and not a tornado.

Crews with the Town of North Hempstead cut down damaged trees and limbs and removed debris to reopen the roads.

PSEG Long Island was working to restore power to a few thousand customers.