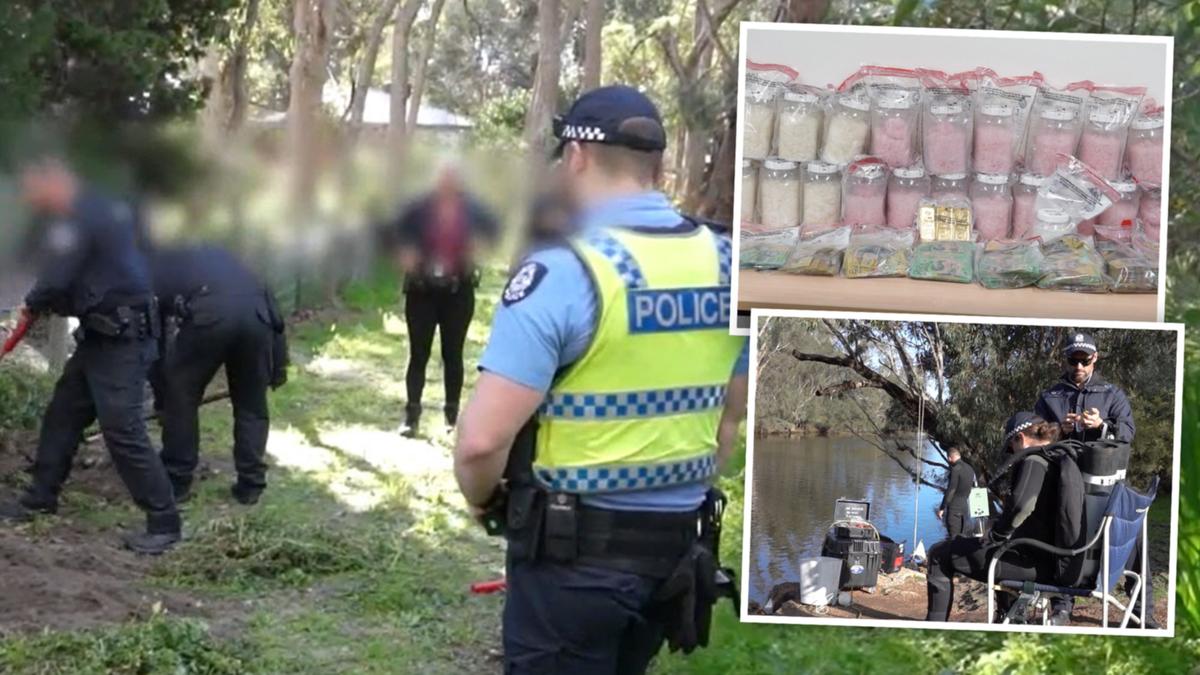 Western Australia’s new police commissioner has used his first press conference to provide details about an alleged organised-crime drugs sting, which included the seizure of cars and gold bullion.

The force will continue to aggressively target drug traffickers and their criminal networks, Commissioner Col Blanch said on Sunday.

In the latest move, nine people have been arrested in relation to two separate drug operations targeting alleged organised crime networks in Perth.

Police seized 6kg of methylamphetamine and more than $59,000 cash from a vehicle and properties in suburban Perth last Sunday.

They also seized 16kg of ‘ox blood’ methylamphetamine, 3kg of gold bullion, 300g of cocaine and more than $320,000 cash from multiple properties across the metropolitan area on Wednesday.

Eight men and one woman have been charged with serious drug offences and were refused bail.

“While we have seized the drugs and cash from these established criminal networks our job is not yet done and we will continue to pursue the source of these drugs,” Mr Blanch said.

“Our detectives are working closely with their State and Commonwealth law enforcement and intelligence partners to track down the source of these drugs, with a clear intent of bringing those involved in the drug trafficking syndicates to face justice here in Western Australia.”