> Polio has resurfaced in the US. Here’s how to keep yourself safe. Skip to content 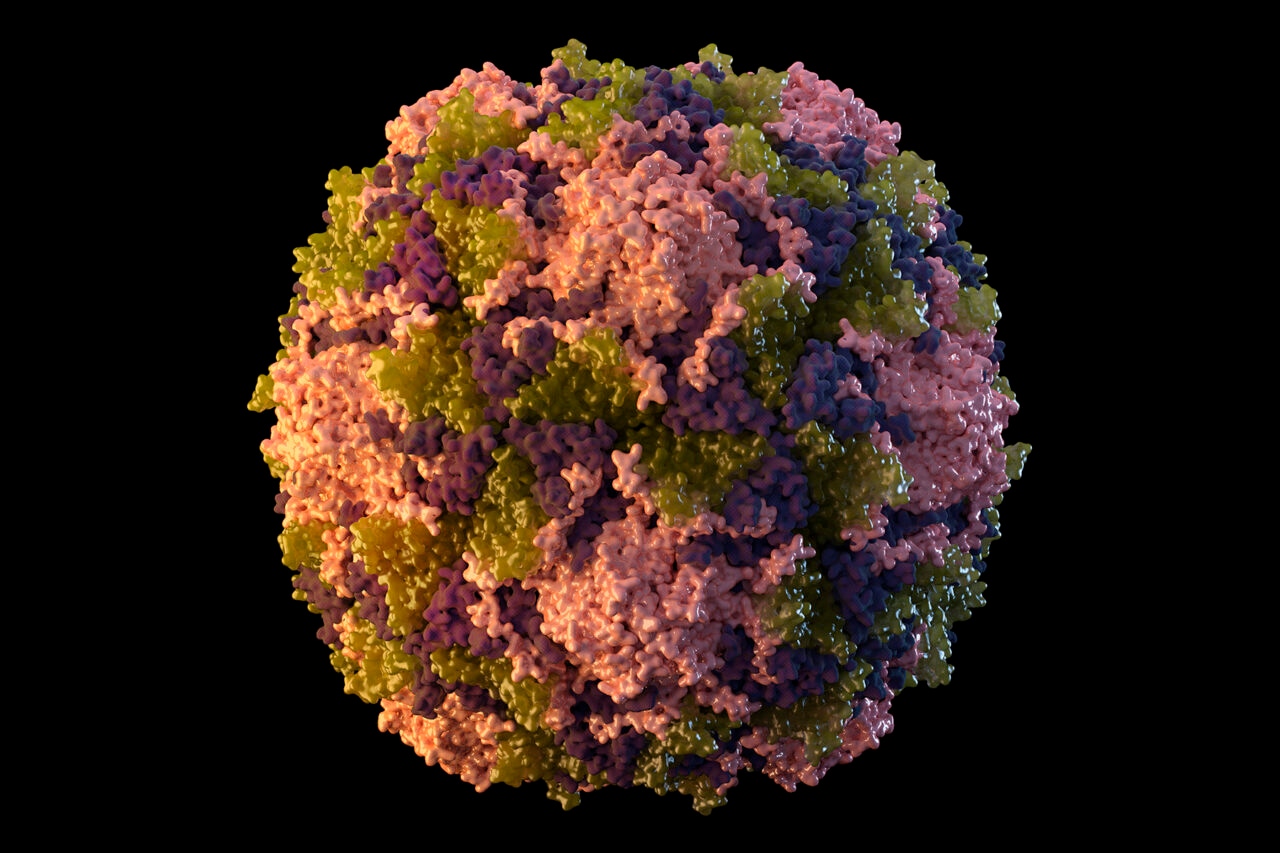 A Mayo Clinic infection disease specialist calls the first reported case of polio in the United States in nearly a decade a “significant event.”

Since the case was reported last week, health officials in New York State have already held two polio vaccination clinics. The patient, a Rockland County resident, is a young adult who is not vaccinated against polio and has since developed paralysis.

Health officials say their symptoms started about a month ago.

“[That] means for that month, that person was shedding virus and potentially could infect others who don’t have good hand hygiene,” said Dr. Gregory Poland, infectious disease specialist with Mayo Clinic.

Rockland County health officials have deemed the patient no longer contagious, but investigators are still working to see if other people were exposed to this very contagious virus.

This 2014 illustration made available by the U.S. Centers for Disease Control and Prevention depicts a polio virus particle. On Thursday, July 21, 2022, New York health officials reported a polio case, the first in the U.S. in nearly a decade. (Sarah Poser, Meredith Boyter Newlove/CDC via AP)

While respiratory and saliva transmission is possible, polio usually enters the body through the mouth from hands contaminated with fecal matter of an infected person.

With the case in New York, health officials say the person likely got it from someone who had the less effective oral polio vaccine. It’s used in other parts of the world but has not been administered in the U.S. since 2000.

“Now, oral polio vaccine is a weakened but live form of those [polio viruses],” Poland said. “What is administered in the U.S. now is inactive polio. [It] protects you extremely well against polio and does not offer any risk of getting polio.”

While the virus has been brought into the country by travelers with polio, the Centers for Disease Control and Prevention report the U.S. has been polio-free since 1979.

Vaccination rates are measured in a couple of ways in Minnesota: nationally by the CDC and locally by the Minnesota Department of Health. The most recent data is from 2018 and shows polio vaccination rates for 2-year-olds in the high 80% and low 90% range.

“We want to do everything possible to make sure that kids are free from diseases like polio, which can have lifelong effects and leave kids paralyzed or impaired,” said Dr. Gigi Chawla, vice president and chief of general pediatrics with Children’s Minnesota.

Chawla adds that vaccination is the best defense against the virus and says adults can get the shot as well.

Children’s Minnesota has information on scheduling a polio vaccine, and you can find out if you’ve been vaccinated against polio through the MDH website.