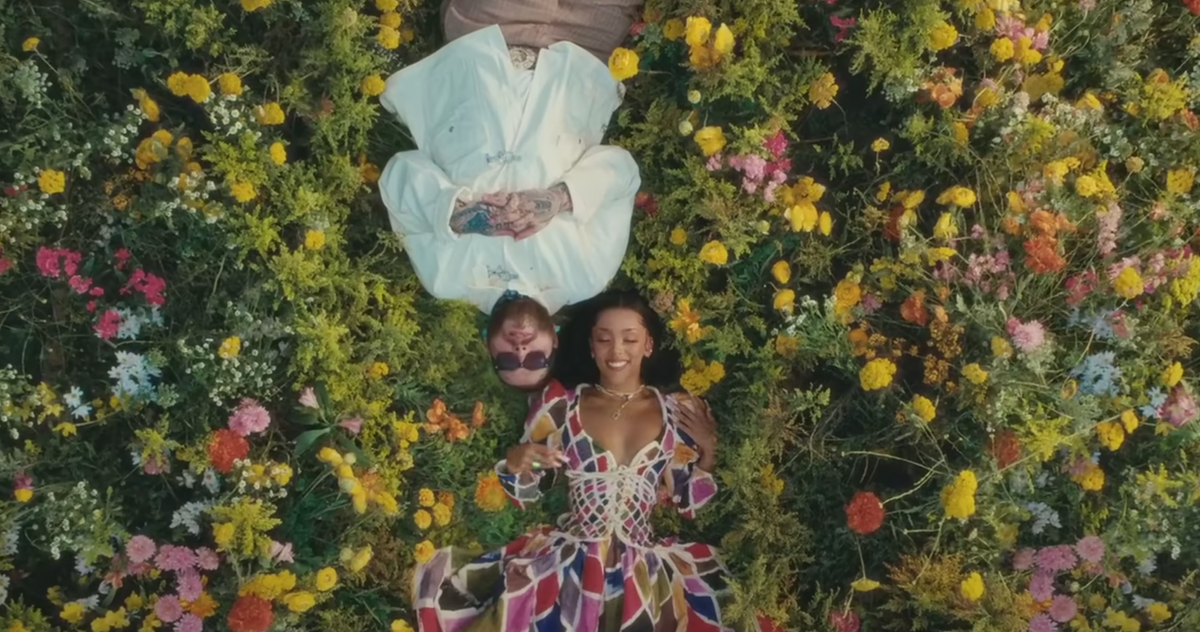 A video this sweet could give us a Twelve Carat Toothache. Post Malone has released the music video for “I Like You (A Happier Song),” which is the third single off his latest album and a collaboration with Doja Cat. The pair spend most of the video frolicking in a field of flowers, looking utterly content as they sing about a budding relationship. Doja poses in an outfit consisting solely of strategically placed flowers as Post-casso paints her. She later changes into a colorful dress and dances with Post, who gives her a piggyback ride. A French monologue about love serves as the video’s intro and outro, so unsurprisingly, shots of several happy couples are interspersed throughout the video. In this idyllic world, there are apparently no bugs to buzz around and interrupt everyone’s picturesque nature dates. And don’t worry, Doja — the video might be set outdoors, but there are no so-called snakes or weasels to be seen.