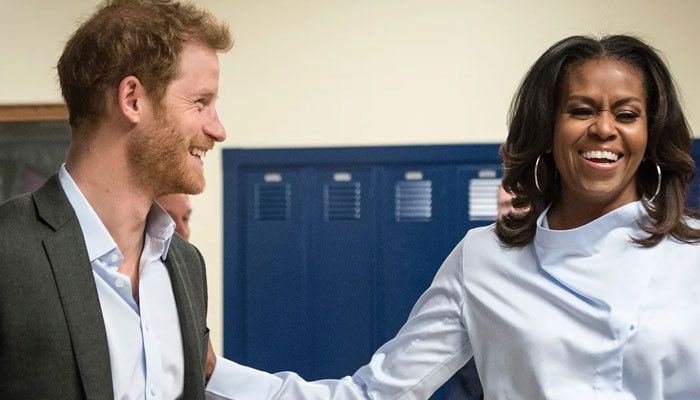 Prince Harry is allegedly writing his memoir on the same lines as Michelle Obama’s upcoming book.

Royal commentator Richard Fitzwilliams notes how Michelle and Harry will both talk about ‘fatherhood’ and ‘philanthropy’ in their passages.

He said Ms Obama’s book will feature “stories with uplifting messages for our turbulent and unpredictable world and contains insights and tips to enrich the lives of the readers.”

The commentator added: “This is also the intention of Harry’s memoir, which aims to impart the benefits of the lessons he has learnt during the highs and lows of his life which he believes is an uplifting story.

“Both Michelle Obama and Prince Harry do philanthropic work,” he continued, “her book will reveal some of her habits and practices and will also deal with important contemporary issues of gender, race and visibility.

“Harry’s memoir will undoubtedly shed light on his charitable work, his relationship with Meghan and happiness at being a father as well as the inspiration he received from Diana.”

Earlier, commentator Ian Lloyd noted how the Sussexes want to walk on the path chosen by Obamas.

“Harry and Meghan would very much like to emulate the Obamas as global influencers and goodwill ambassadors.”