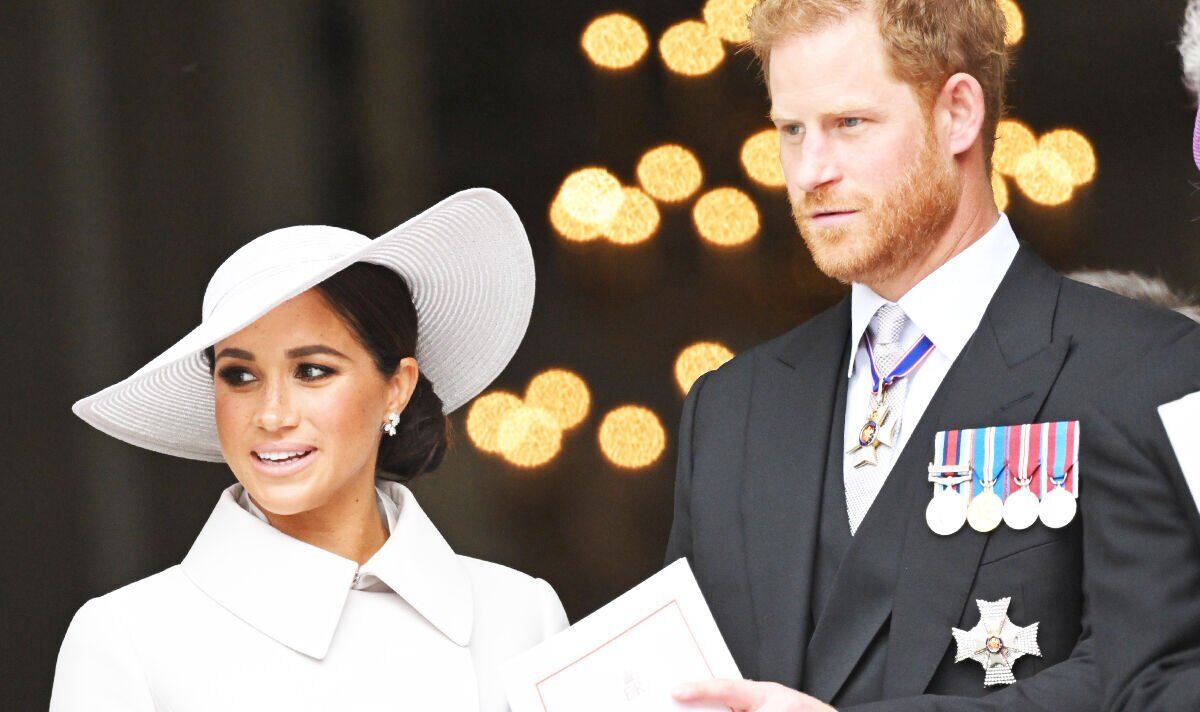 Jonathan Sacerdoti, who frequently appears on Sky News to discuss Royal affairs, as well as contributing to The Spectator, was speaking in the wake of Harry’s speech to the United Nations earlier this month, when he addressed issues including climate change and poverty, and warned of a “global assault on democracy and freedom”. Referencing former BBC journalist Tom Bower’s recent book, Revenge: Meghan, Harry and the War Between the Windsors, Mr Sacerdoti said: “I think we know from the reports of all Harry’s friends that we’ve heard about in the Tom Bower book, that some of them were shocked in the change his behaviour and the change in his attitude that was a result of him meeting her.

“He himself said in the Oprah interview that he had become more educated in issues of race, for example and the reports in that book were that there were racist and misogynistic jokes that were made among Harry and his friends at that shooting party, and that she called them up on them every time, so I think that he’s learned from being her husband.”

Mr Sacerdoti added: “I think the widely held sense is that Harry isn’t the sharpest tool in the box.

“We do know that Prince Harry didn’t have the most stellar school career and I think that on evidence like that, we can say that he might not be the most academically intelligent person.”

The Prince had got 11 GCSEs and two A Levels, a B in Art and a D in geography, Mr Sacerdoti pointed out.

He said: “Those aren’t the best A level results in the world but on the other hand, many people don’t get that far in school.”

“Thinking about Meghan, she does indeed seem to be someone with at least a good mind for strategy in terms of their careers and reputation.

JUST IN: Kate Middleton is a ‘sensitive’ mum while Meghan is ‘very modern’

“And that may be because in certain respects she might be more canny or intelligent, but I don’t think Prince Harry is anyone’s fool in terms of not knowing what’s going on here. I think he knows what he’s doing.”

“Harry‘s decision to join the conversation when it comes to the important issues facing the world was misguided, Mr Sacerdoti suggested, even if the topics he chose might be laudable.”

He said: “As with all of this, I think that it’s strange for us in the UK to see Prince Harry talking on political topics, which is exactly what he did at the UN.

“So standing up and giving a speech about democracy being under threat, for example.

“It’s remarkable, because we’re not used to seeing members of the Royal Family comment on matters of politics.”

When it came to democracy, there was self-evidently “nothing democratic about the Royal Family”, Mr Sacerdoti pointed out.

However, he added: “I don’t want to be pedantic about that.

“I think the guy is well-known and famous and has this position whether he likes it or not.

“And as such, he wants to use it for good ends, and I think promoting democracy is certainly a good end.”