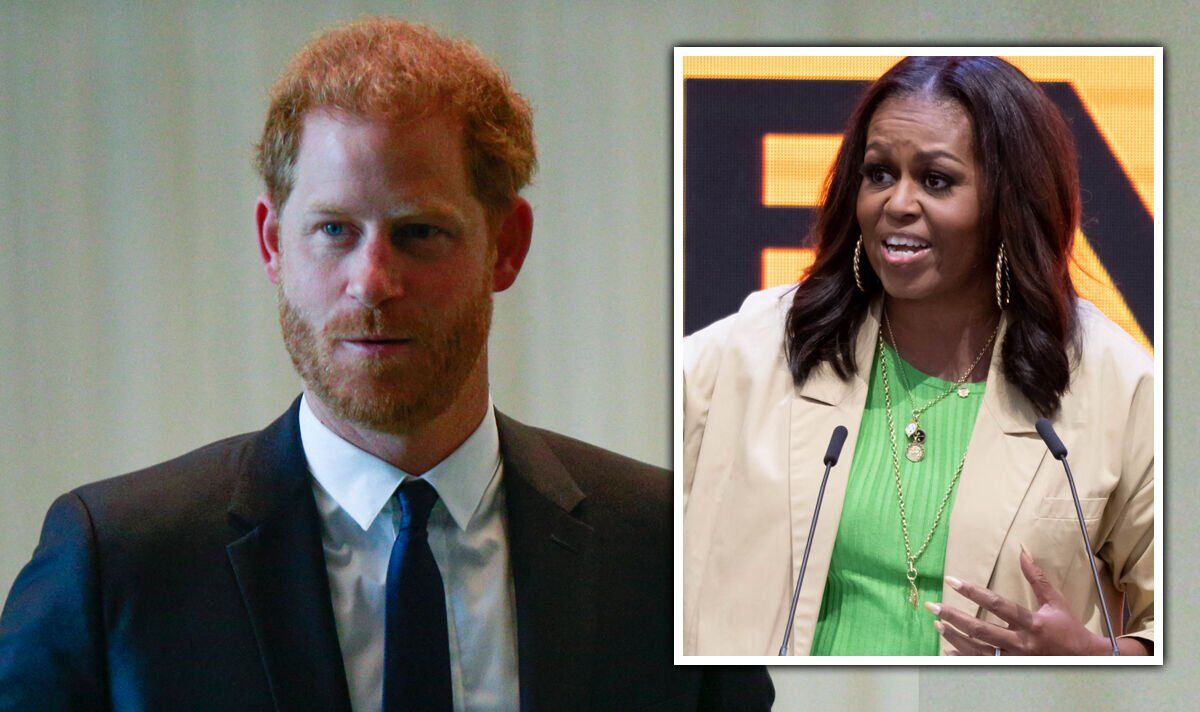 The Duke of Sussex’s memoir, published by Penguin Random House, is slated to be released by the end of 2022, although no date has been confirmed. However Michelle Obama, a friend of Harry and Meghan Markle, and former US First Lady, is also set to release her newest autobiography this year.

Mrs Obama’s hotly anticipated The Light We Carry will come out on November 15 in time for Thanksgiving and Christmas via Penguin Random House.

Harry and Mrs Obama’s books could now be released within weeks of each other, according to speculation.

An industry insider speculated whether the clash explains why the publisher of both books has yet to announce when the account will go on sale.

Harry’s ghostwriter JR Moehringer is believed to have finished writing the book and it has been checked by lawyers.

It comes as Harry and Meghan are set to release a docuseries for Netflix this year.

According to reports, Netflix wants to release the Sussex’s series around the same time as their latest season of ‘The Crown’.

A source told Page Six “there is a lot to organise and a lot of things at play here” and that “Netflix wants to make sure they get in there and don’t get scooped” by Harry’s upcoming memoir.

The outlet reported Meghan and Harry want to release the series in 2023, clashing with Netflix’s planned schedule.

Another source added: “[Netflix executives] knew the book was coming out, which is why they wanted the series this year.

“They don’t want to hold off any longer.”

Writing for the New Zealand Herald, Ms Elser touted it as likely blockbuster viewing, questioning “who is not going to tune in to watch … two obstreperous individuals who seem to have no problem talking about themselves?”

She added: “The sticking point here for Buckingham Palace is not propriety or protocol or some sort of pearl-clutching aversion to publicity: It’s what Harry and Meghan might say, earnestly staring down the barrel of the camera, about his family back in the UK and what fresh bombshells they might be about to drop on the Queen.

“Will we get to watch footage of them looking anguished when they learned that they would be excluded from the Buckingham Palace balcony during the Platinum Jubilee?

“Just might a crew have been on hand when it was revealed in February this year that Camilla, Duchess of Cornwall is set to be Queen? You get the idea.

“Silence and tact are not qualities we have seen from the Sussexes and with their, possibly most valuable paymaster, needing to be kept happy, what sort of flurry of revelations and jaw-dropping disclosures might be incoming?

“Neither the streaming service nor the couple can afford for this series not to be a huge hit.”