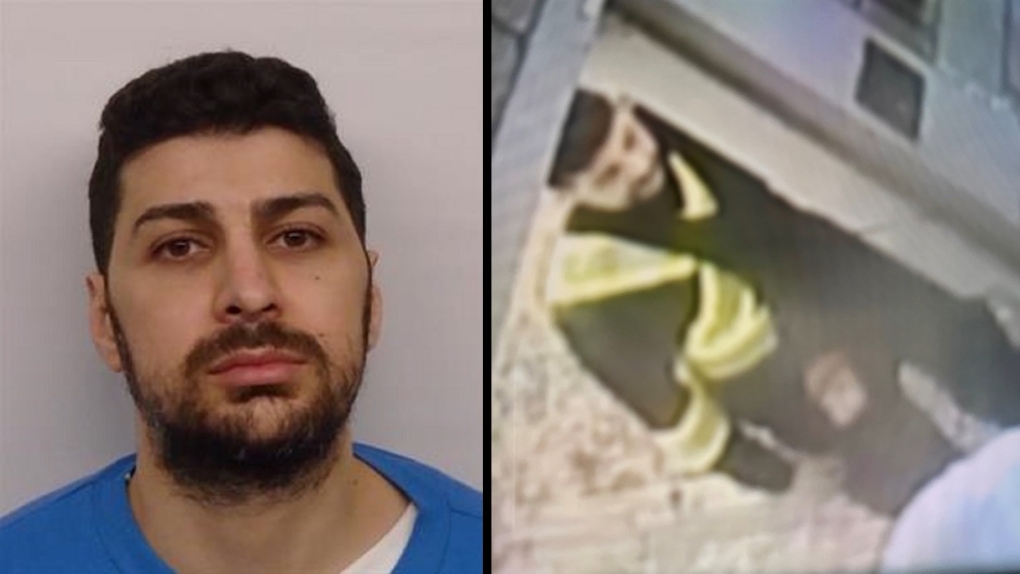 Suspect photos of accomplices in a B.C. murder suspect’s prison break that turned out to be stock images have “generated favourable tips for investigators” anyway, according to Mounties.

A media release from Coquitlam RCMP Monday did not elaborate further.

The search for Rabih “Robby” Alkhalil began Thursday evening when he escaped from the North Fraser Pretrial centre in Coquitlam, B.C., in a white Econoline van with two people police described as either “posing or employed as contractors.” The van has since been found, but all three suspects remain at large.

The manhunt has triggered notifications to police agencies across Canada and internationally, continues “around the clock,” the RCMP said in the statement.

“After reviewing CCTV footage no useful images have been identified for release to the public to further the investigation,” it read.

Meantime, police are providing more details on what led up to the initial release of the images – one of which was easily searchable and available for purchase online for $36.

The photos came from identification left behind by the suspects, police confirmed.

“Based on intelligence received from other law enforcement partners, Coquitlam RCMP decided it was in the best interest of the investigation to quickly release the images of the two tentatively identified suspects. This is a multi-level investigation, and details are developing at a rapid pace,” wrote spokesperson Const. Deanna Law.

“It is believed that the suspects who helped Alkhalil escape bear a close resemblance to the identification they left behind.”

The photos released of two men suspected of helping a murder suspect, who is now the subject of a world-wide man hunt, break out of a B.C. prison were stock images, RCMP say.

Mounties have confirmed to CTV News Vancouver that Alkhalil is accused of murder in the 2012 killing of Sandip Duhre. Duhre was killed in a brazen daytime shooting at Bar One in the Sheraton Vancouver Wall Centre hotel. Alkhalil has pleaded not guilty.

He reportedly fled Canada after Duhre was killed and was arrested in Greece in 2013.

Alkhalil is described as a Middle Eastern man with short, black hair and brown eyes. He’s 5’10” tall and weighs about 166 pounds. Police said he was last seen wearing a black jumpsuit and a high-visibility vest.

A description of the suspects was released along with the now-retracted photos.

One is described as a white man who appears to be in his 30s. He is bald with a narrow face, arched eyebrows and a slightly crooked nose.

The second is described as white, in his 30s and bald, with an oval face, light eyebrows and close-set eyes.

Mounties warn that all three are considered dangerous and that anyone who sees him to call 911 immediately.