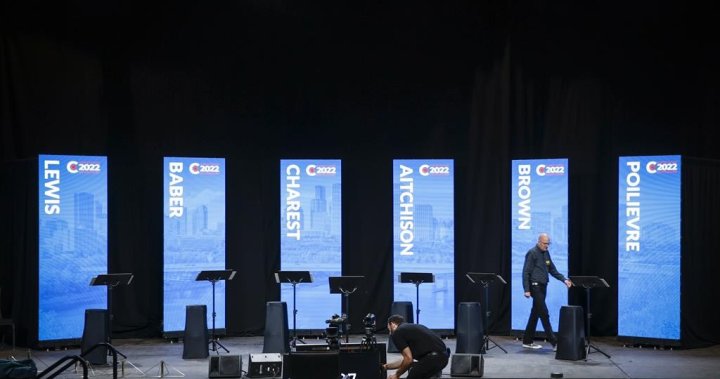 There are now more Conservative members in Quebec than in the party’s heartland province of Saskatchewan.

Taken together, Ontario and Quebec now account for more than half of the party’s 678,708 total members eligible to vote in the Sept. 10 leadership contest. By any measure, the growth in Conservative numbers during the 2022 contest has been unprecedented in recent Canadian politics.

That’s according to official figures released by Conservative headquarters Friday morning, which suggest the party’s membership rolls have at least doubled in numbers in every province and territory since the start of the year.

Quebec – a province where the Conservatives have historically struggled – led the way in terms of proportional growth. The province had 12,957 members during the party’s 2020 leadership race and has 58,437 today.

Daniel Béland, the director of the McGill Institute for the Study of Canada, cautioned that while 58,400 members in Quebec is an improvement for the party, it is still a small proportion of the province’s roughly 8.5 million people.

In other words, on a per capita basis, you are still more likely to run into a CPC member on the Prairies than in La Belle Province.

Béland said it’s also an open question which campaign signed up those members – and if they’ll stick around if their chosen candidate loses.

“It’s money, of course. It’s also people on mailing lists, people who they could (recruit) as potential volunteers, so having more members is really good news. But (Quebec’s numbers) are still proportionately small compared to what you see in some other provinces,” Béland said in an interview.

In terms of absolute numbers, Ontario led the way with nearly 296,000 members while Alberta and Saskatchewan – the party’s traditional power base provinces – combined for 164,499. British Columbia grew from 35,639 members in the 2020 race to 99,963 members as of Friday.

Membership numbers tend to swell during leadership races, when the various campaigns attempt to sign up as many new and lapsed members as possible to secure a victory.

But Friday’s numbers are also a resurgence from the end of 2021. After the party failed in its third-straight general election, membership numbers sank to 169,705 – the smallest number of card-carrying party members since 2016, according to the party’s figures.

Heading into the final stretch of the latest leadership campaign, most observers and Conservative insiders believe Pierre Poilievre will be difficult to beat.

Brown lashes out at Conservatives, Poilievre after disqualification — ‘Not a fair election’

That’s in part because of the suggestion from the Poilievre campaign that they have a broad base of support. An internal campaign document dated June 4 and reviewed by Global News suggested that Poilievre had signed up more than 311,000 members across the country.

The numbers cannot be independently verified, but have not been contested by insiders with knowledge of the membership tallies who spoke confidentially to Global News.

Comparing Poilievre’s unconfirmed numbers against the party’s official count suggests the frontrunner is strong in Newfoundland and Labrador, and accounted for just under half of the sign-ups in Quebec, and nearly 119,000 members in Ontario – where now-disqualified candidate Patrick Brown likely signed up a significant portion of the province’s 295,815 total memberships.

In a statement, Conservative Party president Rob Batherson attributed the growth to the “excitement” generated by the leadership race and “momentum for a change in government in Ottawa.”