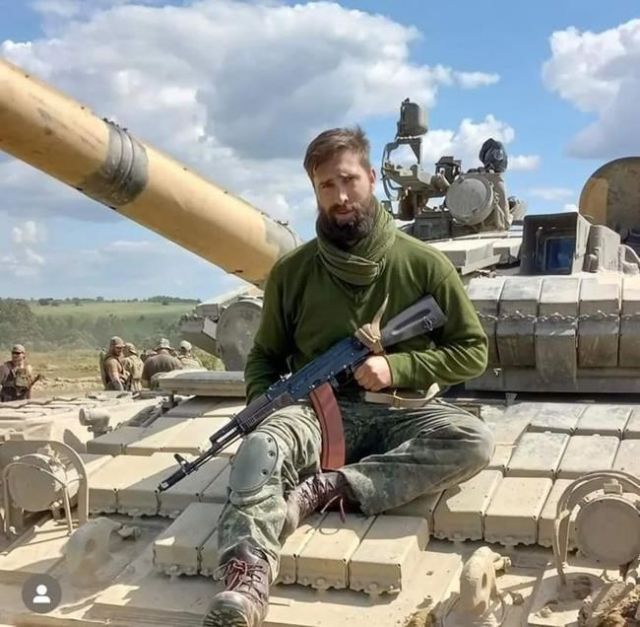 Émile-Antoine Roy-Sirois, a 31-year-old Quebecer who recently died in Ukraine fighting Russian forces, volunteered on the front lines because he wanted to protect innocent women and children, according to a soldier who fought with him.

Roy-Sirois “was an intellectual who cared about humanity,” said Blackhawk, a fighter who, for security reasons, would only use a code name in an interview Monday on Instagram.

“He was kind and never meant anyone harm. He listened to orders and was brave.”

Roy-Sirois died on July 18 after spending about four months fighting in Ukraine, said Blackhawk, who is from Idaho. “He died a hero beside his friends trying to transport a wounded American named Luke, code name Skywalker.”

The Ukrainian Canadian Congress issued a statement on Monday saying it was saddened to learn about the death of Roy-Sirois.

“Mr. Roy-Sirois will be remembered by the Ukrainian people and our community for his selflessness and commitment to the values of liberty and justice that Canada and Ukraine share,” the organization said.

The leader of Roy-Sirois’s team of fighters in Ukraine said the Quebecer and three other volunteers were killed by a Russian tank shell near Siversk, in the eastern part of the country. Angel — who also wouldn’t use his real name for security reasons — said he felt lucky to have Roy-Sirois as “a brother in battle.”

“We were the only two Canadians who made it to the front lines and stayed,” Angel, who is from Saskatchewan, said Monday in an interview on Facebook Messenger. “He had the option to leave the front line but stayed. Anyone would be proud of his bravery, and I was lucky enough to have him.”

Angel and Blackhawk both described Roy-Sirois as an easygoing, funny guy whose code name was “Beaver.”

“He said there were a lot of beavers in Canada,” Blackhawk said.

Global Affairs Canada said in a statement it is aware of the death of a Canadian in Ukraine but did not give details.