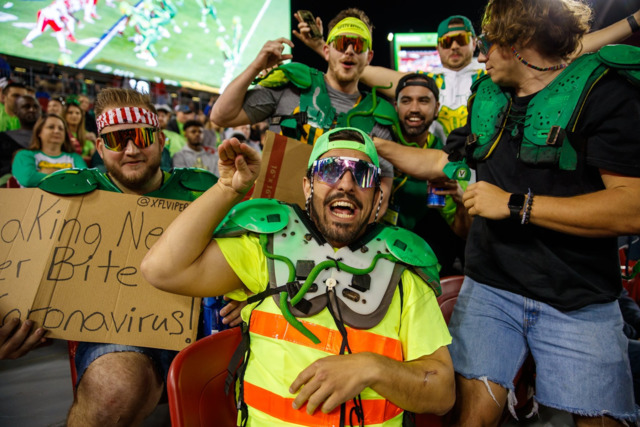 The XFL announced it will be making a return next year, but Tampa Bay is not included on the list of host cities. Instead, Orlando’s Camping World Stadium will inherit Florida’s next XFL team—and whether or not it will be called the Vipers is unclear.

With its new season set to begin on Feb. 18, 2023, the XFL announced its new host cities are Arlington, Houston, San Antonio, Orlando, Las Vegas, Seattle, St. Louis and Washington D.C. Playing home games at their respective stadiums on the weekends, the teams will also operate out of the XFL’s “football hub” in Arlington—including weekly training and content creation.

Tampa, New York and Los Angeles have been cut as XFL host cities (two of those cities are home to the NFL’s latest Super Bowl champs). The XFL Newsroom cited poor attendance for its games played Tampa’s Raymond James Stadium, believing that the Vipers were an “afterthought” for Tampa football fans due to the success of Tom Brady’s Buccaneers.

The XFL is hoping Orlando’s NFL-less crowd may be more inclined to go watch a minor league football game.

Orlando’s XFL team will play home games at Camping World Stadium and will be coached by 14-year NFL veteran and Super Bowl XXXVI champion, Terrell Buckley. Buckley played college football at Florida State University and was inducted into the College Football Hall of Fame in 2019.

Ticket deposits for XFL Orlando season tickets can be made online.

The Tampa Bay Vipers were one of eight teams that kicked off the XFL’s reboot season in 2020 and went 1-4 through the first five weeks. With COVID-19 cases rising, the league was forced to cancel the season and filed for bankruptcy just a month later.

Dwayne “The Rock” Johnson and Dany Garcia later purchased the XFL for $15 million and are leading the professional football minor league’s return.