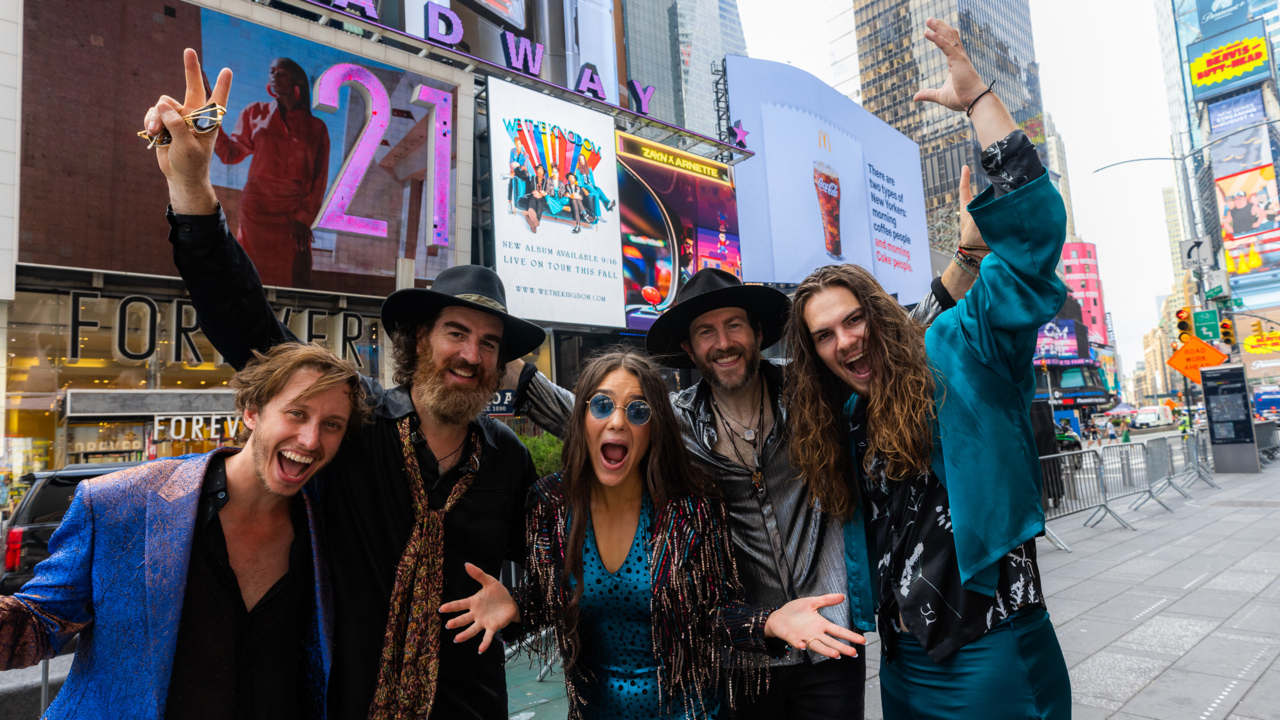 The two-time Grammy-nominated band played their first-ever live performance in New York City, which featured their latest single, “Left It In The Water,” which dropped this morning on all streaming platforms.

Their set included “God So Loved,” “Child of Love” and breakout single “Holy Water” from their debut album.

Following their performance in FOX Square, the band traveled to Times Square for a surprise billboard reveal showcasing their upcoming tour this fall and new studio album, “WE THE KINGDOM.”

“We the Kingdom” will go on tour later this Fall with fellow Christian musician, Cory Asbury. The tour begins September 29th.

The album will be available on all streaming platforms September 16, 2022.

In the coming weeks, the star-studded Fox & Friends concert series will feature artists such as Michael Ray, Joe Nichols, Chris Lane, and more.

Viewers can stream every concert live on Fox Nation or tune in to “Fox & Friends.”

Fans can attend the concerts in-person at FOX Square each Friday through August 26th. They are free to the public and held on FOX Square at 48th Street and 6th Avenue in Midtown Manhattan.

Joshua Comins is an associate editor for Fox News Digital. Story tips can be sent to joshua.comins@fox.com.