> ‘Screams of terror’: 7 hurt, including 2 seriously, in shooting near Western Wall Skip to content 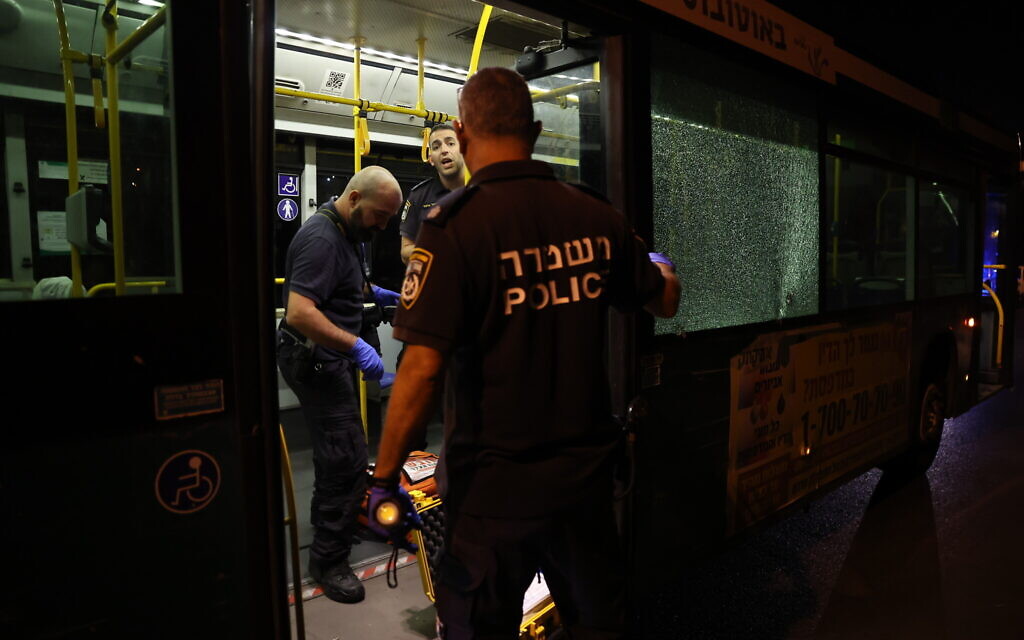 Seven people were hurt, including two seriously, in a suspected terror shooting attack just outside Jerusalem’s Old City in the pre-dawn hours of Sunday, officials said.

According to the Magen David Adom (MDA) ambulance service, shots were fired toward a bus on a road near the Western Wall, and also at a parking lot near King David’s Tomb, outside the Old City’s Zion Gate.

Six men were injured, along with a 35-year-old pregnant woman whose life was in danger, according to Hebrew media reports.

The alleged perpetrator had reportedly waited for the bus’s arrival and fired the shots while passengers were boarding, before fleeing.

“The bus was full, jam-packed. I stopped at a bus stop at King David’s Tomb and then I heard gunfire, people started yelling, people were hurt inside the bus,” the bus driver, Daniel Kanievsky, told Hebrew media outlets.

The driver said he had wanted to drive away but couldn’t because passengers were helping a wheelchair-bound woman board the bus, with the lowered ramp blocking the door from closing.

“I waited half an hour before the bus came,” the Ynet news site quoted eyewitness Avraham Deutsch as saying. “I heard three shots, I jumped inside the bus and lay low with everyone. I immediately understood it was a terror attack, and then there were screams of terror. Everyone called police. I saw two older people on the ground and two young people who were hurt in the shoulder.”

“It was a very difficult scene, the blood-soaked tzitzit and abandoned baby stroller will remain in my memory for many years,” said Moshe Levy from the United Hatzalah emergency organization, referring to knotted ritual fringes worn by observant Jews. 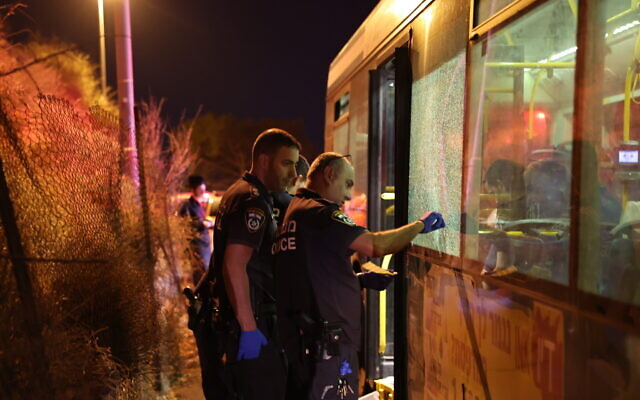 MDA said its medics treated two people who were seriously hurt, as well as five others who were said to be in light and moderate conditions.

The victims were all taken to hospitals in Jerusalem, MDA said. Shaare Zedek Medical center said five people arrived from the incident, including two in serious condition, one in moderate condition and two with mild injuries. Hadassah Mount Scopus hospital said two people arrived with gunshot wounds and were being examined, and four people suffered from acute anxiety following the shooting.

The alleged assailants reportedly fled the scene in the direction of the nearby East Jerusalem neighborhood of Silwan, with police saying they were treating the incident as a suspected terror attack.

“A large number of police forces have arrived at the scene and begun securing the area, investigating the case and searching for the suspect who fled,” police said, adding that Jerusalem District Commander Doron Turgeman held a situation assessment at the scene.

Police sealed off the area following the attack and briefly prevented worshipers from entering and exiting the Western Wall compound. 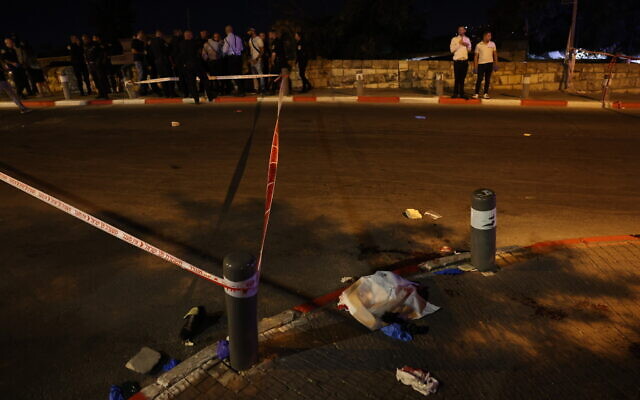 According to Palestinian media reports, officers entered Silwan to search the area for the alleged gunmen.

Palestinian terror group Hamas, which rules the Gaza Strip, was quick to praise the attack, branding it “heroic” and saying it was “a natural response to the occupation’s daily crimes against our people, our country and major Muslim and Christian sites.”

The incident happened a week after a three-day intense round of fighting between Israel and Palestinian Islamic Jihad (PIJ), an Iran-backed terror group that is also based in Gaza and is considered more hardline than Hamas. Over 1,000 rockets were fired at Israeli cities, as the Israel Defense Forces conducted airstrikes aimed at PIJ targets in the Strip. Gazan authorities say 49 Palestinians were killed, many of whom Israel says were killed by misfired PIJ rockets that landed inside Gaza.

Since March, 19 people — mostly Israeli civilians inside Israel — have been killed in attacks, mostly by Palestinians. Three Israeli Arab attackers were also killed.

AFP contributed to this report.

Supporting The Times of Israel isn’t a transaction for an online service, like subscribing to Netflix. The ToI Community is for people like you who care about a common good: ensuring that balanced, responsible coverage of Israel continues to be available to millions across the world, for free.

Sure, we’ll remove all ads from your page and you’ll unlock access to some excellent Community-only content. But your support gives you something more profound than that: the pride of joining something that really matters.


Join the Times of Israel Community

Already a member? Sign in to stop seeing this

We’re really pleased that you’ve read X Times of Israel articles in the past month.

That’s why we started the Times of Israel ten years ago – to provide discerning readers like you with must-read coverage of Israel and the Jewish world.

So now we have a request. Unlike other news outlets, we haven’t put up a paywall. But as the journalism we do is costly, we invite readers for whom The Times of Israel has become important to help support our work by joining The Times of Israel Community.

For as little as $6 a month you can help support our quality journalism while enjoying The Times of Israel AD-FREE, as well as accessing exclusive content available only to Times of Israel Community members.

Thank you,
David Horovitz, Founding Editor of The Times of Israel

Already a member? Sign in to stop seeing this