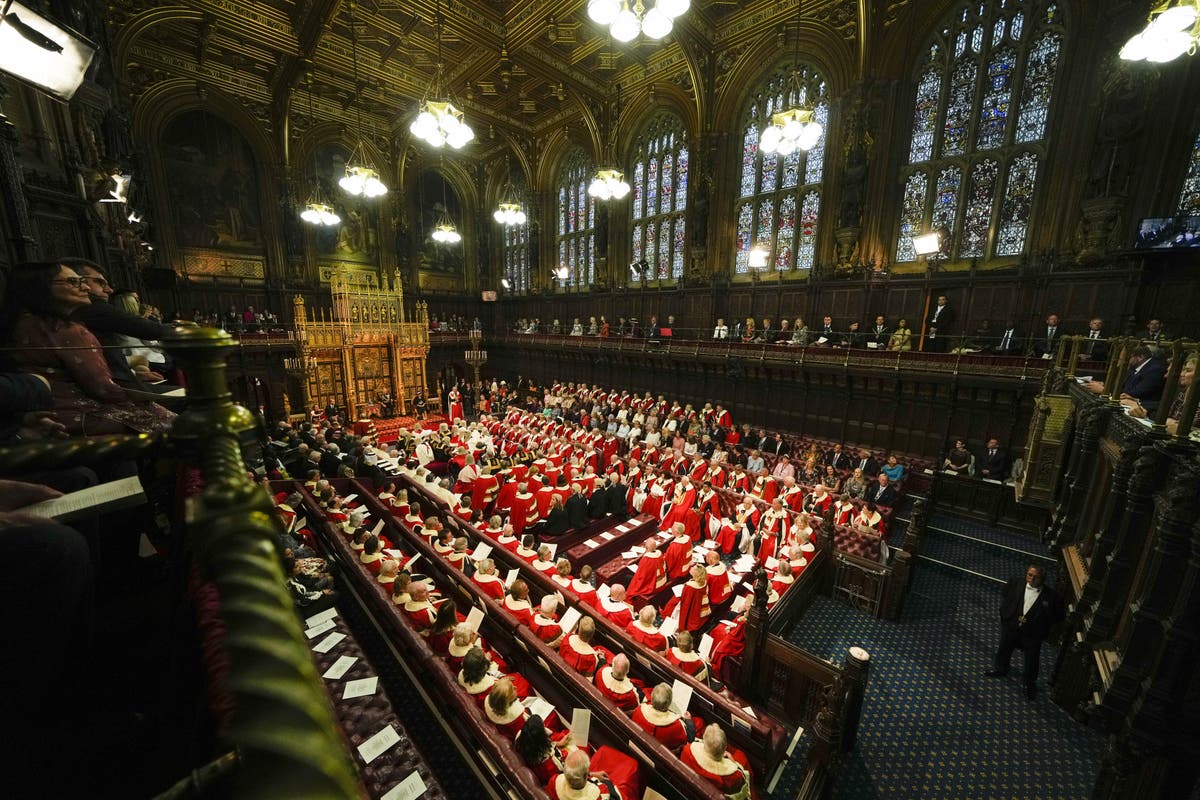 Boris Johnson’s plan to hand out large numbers of peerages before stepping down as prime minister has been denounced by a former Speaker of the House of Lords as “part of a trend to trash constitutional norms”.

Baroness Hayman said there was anger across the upper house at the prospect of dozens of the PM’s friends and allies being made lords.

And another ex-Lord Speaker, Lord Fowler – formerly a Conservative cabinet minister – said the appointment of Tory donors was bringing the system into “some kind of contempt” and undermining public support for the unelected chamber.

Reports suggest that the outgoing prime minister is planning to create dozens of new lords in a political honours list in the coming weeks, followed by a resignation honours list when he finally steps down in September.

His plans have prompted the current Lord Speaker to write to the contenders to succeed Johnson to appeal for “restraint” in the creation of new peers in a house that has more than 800 members at a time when the stated ambition is to reduce it to 600.

Lord McFall urged Liz Truss and Rishi Sunak to follow the example of Theresa May, who appointed just 43 peers in her three years in office, rather than Johnson, who has already ennobled 86.

“So in that sense, I think it’s a very bad idea. It has all sorts of grave consequences. And I’ve actually been surprised at how much anger there is across the house about, basically, putting a large number of predominantly Tory peers into the house now.

“Usually, there is enough respect for and understanding of the importance of balance and restraint.”

Lady Hayman said that Mr Johnson had “never been a great fan of the House of Lords”.

“The House of Lords has provided difficulties for the government,” she said. “No government likes that.

“Most prime ministers understand, because it’s actually good for democracy for that to happen. I’m not sure Boris Johnson understands that having a challenging House of Lords actually improves government policy and improves legislation.”

“I think we’ve got to a stage when we are having to ask whether the appointment system in the House of Lords is fit for purpose,” he said. “And frankly, at the moment, the answer to that question seems to be ‘no’.

“It just brings the whole system into some kind of contempt. Peers are being appointed because they’ve made contributions – financial contributions – to the party, and all kinds of other reasons.

“At the moment, I think the chances are that it hasn’t got the respect of the public and we should, as a country, be rather concerned about that.”

Conservative peer and constitutional historian Lord Norton of Louth has tabled a private member’s bill that would give more power to the House of Lords Appointments Commission, requiring prime ministers to seek its advice before nominating new peers.

The continued growth of the upper chamber was “overburdening” the Lords and introducing “problems of quality control”, he said.

“If my bill had been enacted and was now in force, then [Johnson] wouldn’t be able to rush forward with a list because the commission would be in a position to put nominations on hold,” he told The World This Weekend.

“Under the constitutional position at the moment, there is no formal constraint on the prime minister.

“The emphasis really should be on quality, not on quantity, because what really matters is the quality of debate in the Lords rather than how we vote.”