A simple $30 investment could save your family’s lives.

A 10-year-old boy was among the victims of the blaze, which erupted in a home in Hinchinbrook yesterday morning.

Two firefighters were also injured, but are now out of hospital and recovering.

Subsequent investigations revealed the home did not have a working smoke alarm.

“It is devastating not only for the family, but for the community and for firefighters,” Fire and Rescue Deputy Commissioner Megan Stiffler said.

“Something as cheap as a $30 working smoke alarm can get your family out early in a house fire.”

She urged people to have a conversation with their family about fire safety and what to do in case of a blaze.

“How do you get out of the house? What is an alternative to the front door? In that moment of panic when you are trying to get everyone out safely, everyone know what they are doing,” she said.

She said people could reduce risks by not bringing outdoor heating or cooking equipment inside, by having a smoke alarm and by preparing their family’s escape plan.

“And then, thirdly, once we’re out, we have to stay out,” Stiffler said.

And of the 500 house fires NSW Fire and Rescue had attended since June 1, a whopping 50 per cent did not have working alarms. 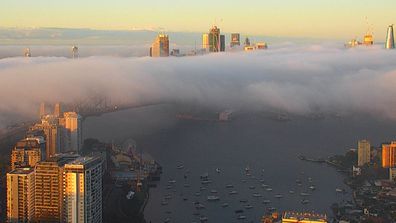 “If we can get out of that house early, with the detection, we can save lives.

“This is a call to action for our community members to have the conversation and invest $30 in a working smoke alarm, test it if you have already got them to make sure they are working.”