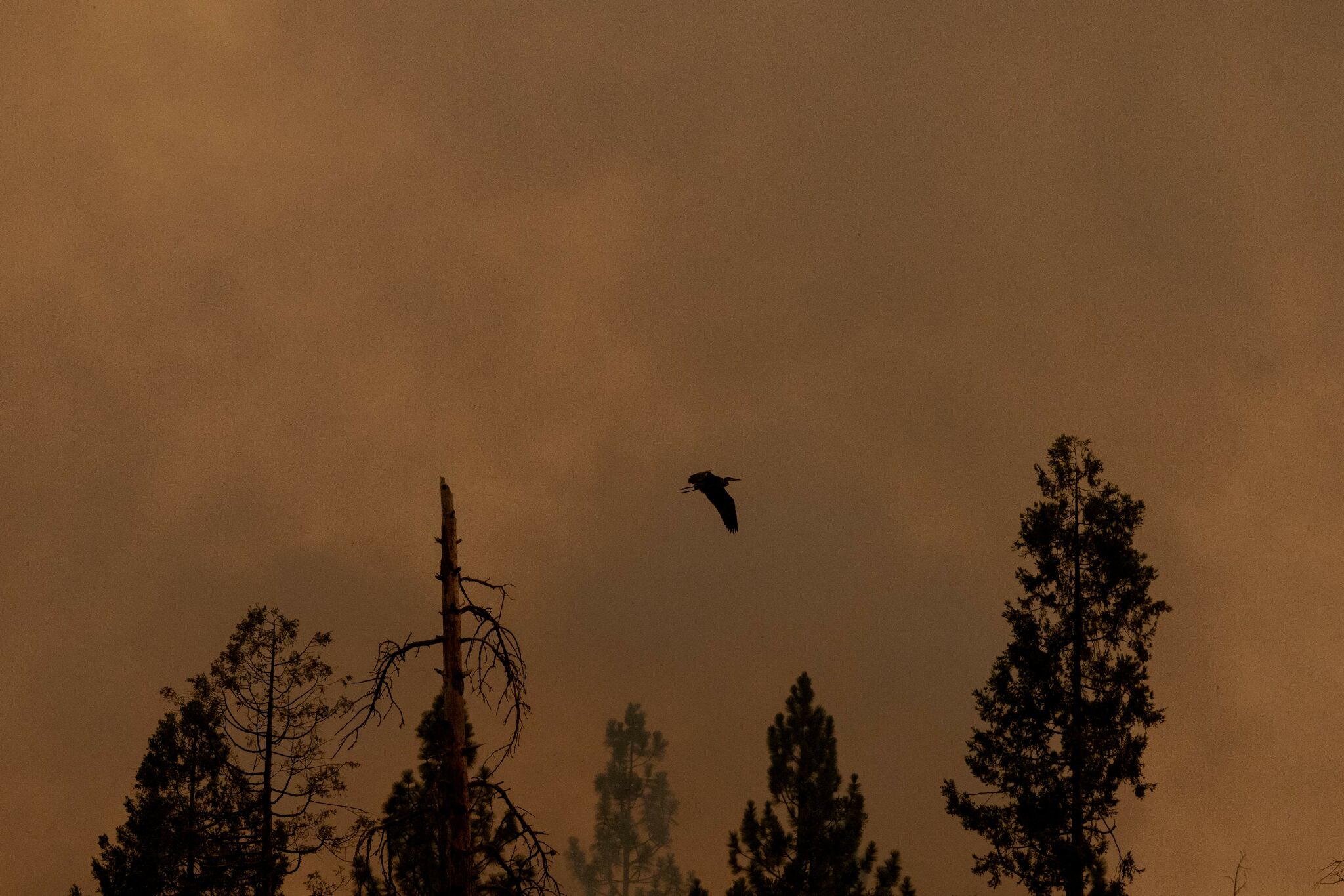 “We don’t expect air quality to be unhealthy, but we do expect smoky, hazy skies and potentially higher levels of smoke at higher elevations,” Kristine Roselius, a spokesperson for the Bay Area Air Quality Management District, told SFGATE on Sunday. “If you’re on Mount Tam, for instance, you may have unhealthier smoke levels at that elevation.”

The wildfire that broke out on Friday afternoon near Midpines, a town just south of Yosemite National Park, swelled from 1,600 to 14,281 acres over the weekend, forcing thousands of people to evacuate their homes. There is no containment at this time.

Roselius predicts the smoke will impact the East and North bays first before lingering over the rest of the Bay Area. She also noted that while the smoke is expected to remain aloft — “not where we live and breathe” — residents should go inside if they see or smell it, and keep windows and doors closed if temperatures allow.

Smoke from the #OakFire will arrive over portions of the Bay Area beginning tomorrow morning. At this time, smoke is anticipated to remain aloft rather than near the surface.

Expect hazy and slightly red/orange-tinted skies due to this smoke by tomorrow. pic.twitter.com/1UqvJ3DFs4

Drew Peterson, a meteorologist with the National Weather Service, said the smoke may shift toward the west on Monday evening into Tuesday morning and anticipates surface smoke over the North and East Bay mountains. The NWS is unable to determine air quality forecasts more than 48 hours in advance, and predictions can change depending on factors like the spread and containment of a wildfire.

“It’s a very dynamic situation,” Peterson said. “But I expect we’ll continue to see smoke along the periphery mid-week and beyond.”

If the smoke sticks around at a higher altitude, the nocturnal inversion from the marine layer can act as a barrier and prevent it from reaching lower points of the atmosphere, limiting some of the more noticeable impacts as the wind transports it through the air.

“The flow looks vigorous enough that it will push [the smoke] up and over the area,” Peterson said. “It’ll probably be hazy. You’ll see an orange tint to the sun. But I’m not ready to say we’re going to see a lot of smoke mixing down to the lower surface area, as long as we keep getting that movement.”

“Wildfire smoke is very unpredictable. It’s hard to forecast,” Roselius said. “We’re watching it very carefully. If it continues, we’ll call another air quality advisory, and if we expect it to be unhealthy, we’ll call a Spare the Air alert.”