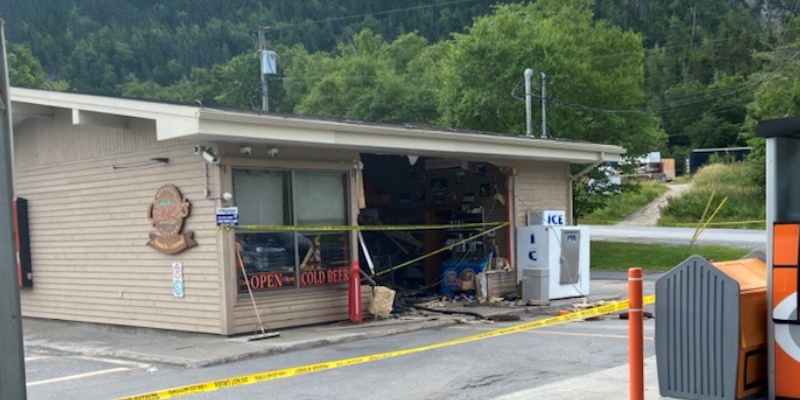 We have more information now about the bust-up at a North Atlantic Orange Store in Steady Brook over the weekend.

A photo from the scene shows the front end of the store completely smashed in from the incident, which happened around 4:30 Sunday morning.

After using a cube van to smash into the side of the business, police say the suspects attempted to steal an ATM inside.

The vehicle in question, which was reported stolen from a business in Corner Brook Saturday morning, was located a short time later back in Corner Brook.

Anyone with information is asked to contact the RCMP or Crime Stoppers.