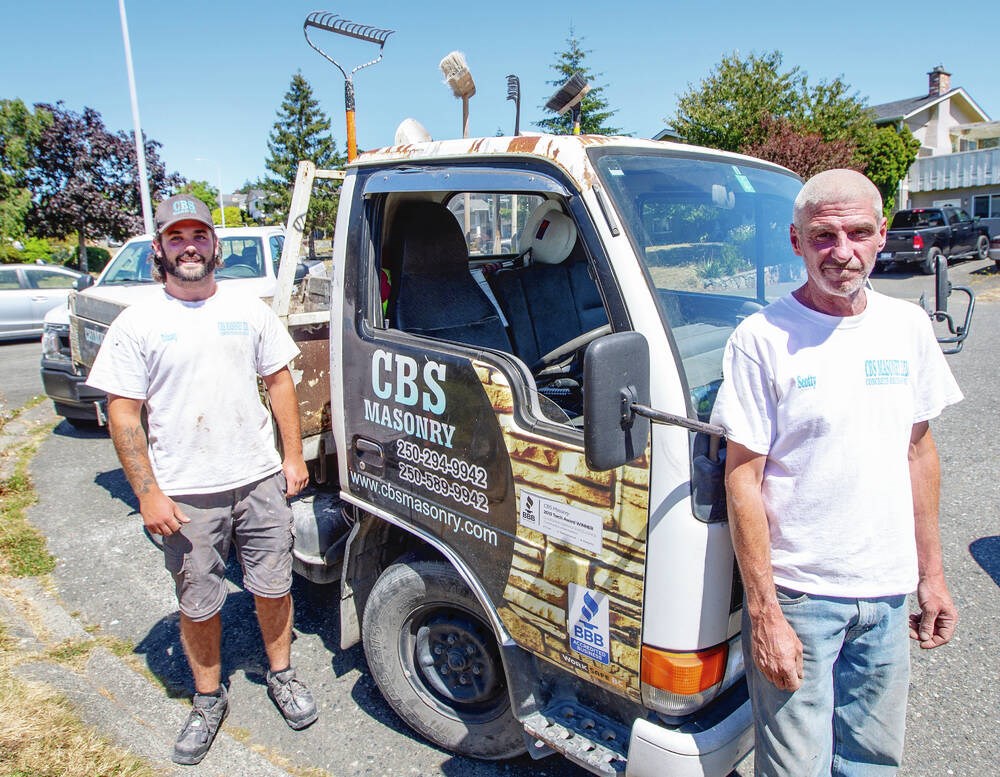 Abby Jose was roused partly awake Friday morning by a puzzling sound — something he thought might be attributed to wind or even snow outside his Doncaster Drive rental house.

At the same time, Nick Lacoursiere was driving to work to repair a chimney on Megaw Place — the street behind Doncaster — when he spotted smoke and drove directly to the scene.

He telephoned fellow CBS Masonry workmate Scott Clarke, already at Megaw Place, to alert him. “I just jumped in my truck and burned over there,” said Clarke, who grabbed a neighbour’s hose to try and fight the fire.

It was about 8 a.m. when Lacoursiere and another man who had been walking by found the front door of the burning house unlocked and went inside to call out fire warnings.

Jose, 25, heard them yelling and met them in the hallway, getting to safety with no injuries.

“We just went to every single door to try to open up every door. There was one door locked and we were banging on that one,” Lacoursiere said.

It turned out that Jose was the only one of the rental home’s five tenants in the house at the time. His bedroom is on the second floor of the building with a balcony in front. The fire was burning the exterior of the house at the balcony.

Clarke said: “As soon as the vinyl siding started burning the flames were getting pretty intense on the front of the house.”

The Saanich Fire Department was quickly at the scene to douse the fire, which had moved into the attic. Saanich emergency support services arrived to line up accommodation for tenants for a few days if needed as well as food and other supplies.

Tenant Adrienne Sellors, from Winnipeg, said none of the tenants had rental insurance for their possessions. The Ottawa-based owner of the house has been notified, she said.

Only one tenant has family in the area.

Sellors is staying with friends in Sooke. She was at work when she learned of the fire, booking off for the day to return home to find possessions in her ­second-floor room damaged by water.

Jose’s room does not have a roof now, Sellors said. Jose said his possessions have smoke and water damage.

Tenant Daniel Froese, 22, has plenty of family in the area. What happened, “hasn’t really fully set in yet,” he said.

He received a text notice about the fire and as he walked home, saw smoke in the distance and could smell it when he reached McCrae Avenue.

“I just basically ran from there to here. By the time I got here, it looked so much worse — so much more smoke.”

Saanich Assistant Deputy Chief Michael Kaye said an investigator is looking into the fire. The cause is not known at this time but it does not appear suspicious.

The fire appeared to have started on the balcony, moved up the siding and into the soffits on the roof, he said.

House smoke alarms went off when the fire moved into the interior of the building, he said.

As far as the men who went into the house to warn people, Kaye said it is not ­recommended to go into a fire without ­protective clothing, but at this point the fire was all outside so they managed to stay safe.

>>> To comment on this article, write a letter to the editor: letters@timescolonist.com