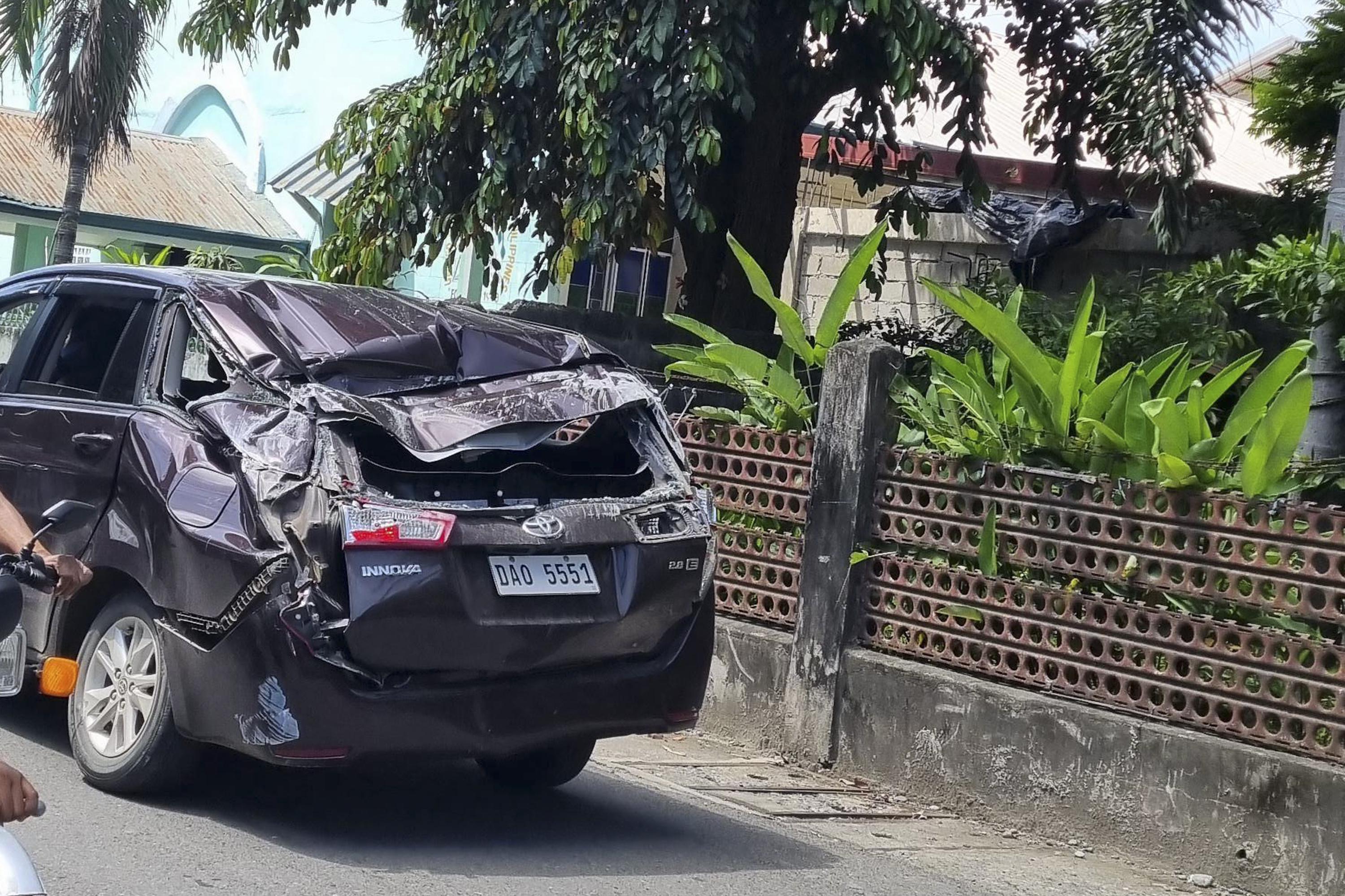 MANILA, Philippines (AP) — A strong earthquake left at least two people dead and injured dozens in the northern Philippines on Wednesday, where the temblor set off small landslides and damaged buildings and churches and prompted terrified crowds and hospital patients in the capital to rush outdoors.

The 7-magnitude quake was centered in the hard-hit province of Abra in a mountainous area, said Renato Solidum, the head of the Philippine Institute of Volcanology and Seismology.

“The ground shook like I was on a swing and the lights suddenly went out. We rushed out of the office, and I heard screams and some of my companions were in tears,” said Michael Brillantes, a safety officer of the Abra town of Lagangilang, near the epicenter.

“It was the most powerful quake I’ve felt and I thought the ground would open up,” Brillantes told The Associated Press by cellphone.

A villager died when he was hit by falling cement slabs in his house in Abra, where at least 25 others were injured and were mostly confined in hospitals, officials said.

A construction worker was hit by debris and died in the strawberry-growing mountain town of La Trinidad in Benguet province, where some roads were shut by landslides and boulders. Five people were injured when rocks and debris pummeled their SUV and a truck on a hillside road in Mountain Province near Benguet, officials said.

Many houses and buildings had cracked walls, including some that collapsed in Abra, where new President Ferdinand Marcos Jr., who took office less than a month ago, planned to travel to meet victims and local officials.

The Red Cross issued a picture of a small three-story building precariously leaning toward a debris-covered road in Abra. A video taken by a panicking witness showed parts of an old stone church tower being peeled off, then falling in a cloud of dust on a hilltop.

Patients, some in wheelchairs, and medical personnel were evacuated from at least two hospitals in Manila, about 300 kilometers (200 miles) south of Lagangilang, but were later told to return after engineers found only a few minor cracks on walls.

The quake’s strength was lowered from the initial 7.3 magnitude after further analysis. The quake was set off by movement in a local fault at a depth of 25 kilometers (15 miles), the institute said, adding it expected damage and more aftershocks.

The U.S. Geological Survey measured the quake’s strength at 7.0 and depth at 10 kilometers (6 miles). Shallower quakes tend to cause more damage.

The Philippines lies along the Pacific “Ring of Fire,” an arc of faults around the Pacific Ocean where most of the world’s earthquakes occur. It is also lashed by about 20 typhoons and tropical storms each year, making it one of the world’s most disaster-prone countries.