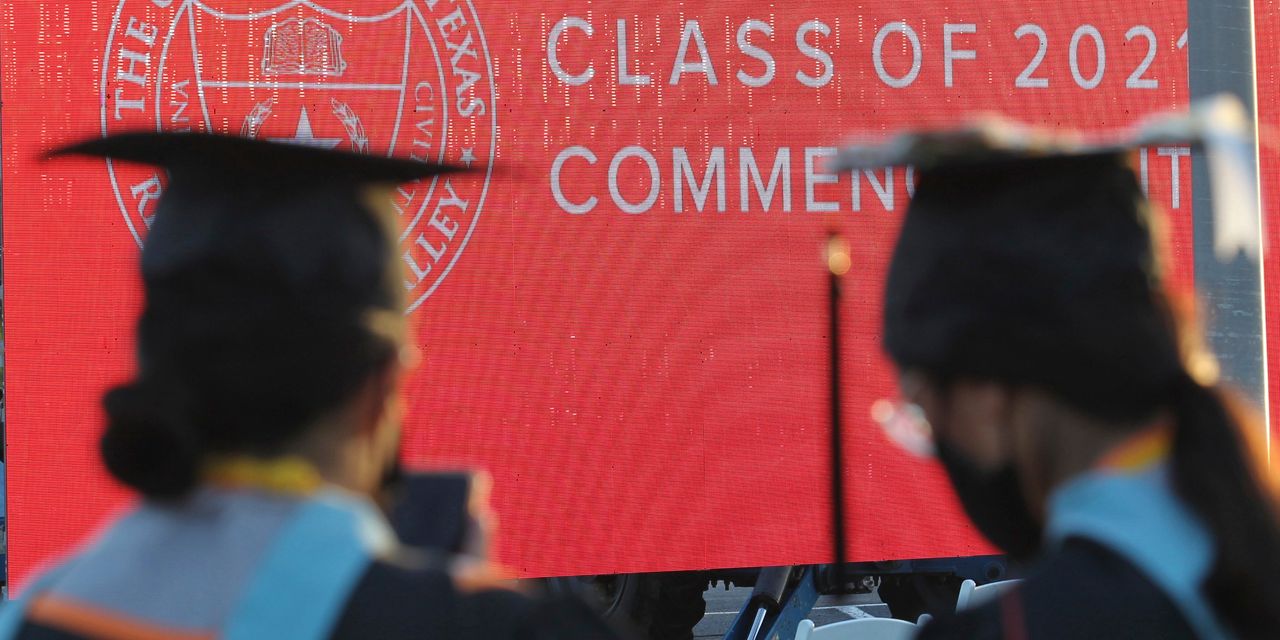 WASHINGTON—The federal government’s student loan servicing contractors have been instructed to hold off on sending billing statements ahead of an Aug. 31 deadline for ending the pandemic freeze on loan payments, giving companies little time to start loan collection processes if payments resume.

The future of the federal student loan portfolio is in limbo as President Biden considers whether to cancel a limited amount of debt for borrowers whose incomes fall under a certain threshold. The president and his advisers have been debating the issue for more than a year, frustrating activists and progressive Democrats, and putting borrowers, loan servicers and other stakeholders on edge about what happens next.

Scott Buchanan, the head of a loan servicer industry group, said the Education Department has told loan servicers that they shouldn’t be communicating with borrowers about resuming payments. That message was reiterated in a call in recent weeks between department officials and a servicing company, Mr. Buchanan said, prompting speculation in the industry that the administration will further extend the pause on payments.

“The situation is that we’re almost 30 days away from the planned resumption and the department has been telling servicers to hold off on resumption communications for the last few months,” said Mr. Buchanan, the executive director of the Student Loan Servicing Alliance. “Maybe the department expects that the White House will yet again kick the can down the road.”

Mr. Biden told reporters last month that another extension was on the table. Democrats close to the White House said they think it is unlikely that the president will choose to restart loan payments just months before the November midterm elections.

Loan servicers are contracted by the federal government to manage student loan payments. They communicate with borrowers about how much they owe, where and how to send payments, and answer questions borrowers have about repayment programs. Typically, they send out billing notices at least 30 days prior to payments starting up, so that borrowers can plan ahead. In anticipation of the mass-resumption in payments, servicers will also need to train a cohort of new customer service employees to help navigate borrowers through complex loan-related questions.

“We will communicate directly with borrowers about the end of the payment pause when a decision is made,” an Education Department spokesperson said. The White House has said Mr. Biden will make a decision by Aug. 31.

Federal student loan payments have been paused since the start of the pandemic-related public health emergency in March 2020. The freeze has been extended six times since then—twice under President

and four times under Mr. Biden. The most recent extension happened in April, when Mr. Biden disregarded the pleas of senior Democrats like Sen.

(D., Wash.) to set a new deadline for payments to resume next year, following the midterm elections.

White House officials said Mr. Biden hadn’t yet made a final decision on whether to pursue broad student loan forgiveness, noting that the president is watching inflation levels as he weighs how to proceed. The president’s senior advisers have drawn up several policy options, including forgiving around $10,000 in student debt per borrower for individuals who make less than $125,000 a year, according to people with knowledge of the matter.

The issue has divided Mr. Biden’s advisers, with some senior aides making the case that large-scale loan forgiveness could anger people who didn’t take out loans, have already paid them off or didn’t go to college. Advocates within the administration have warned against underestimating the political salience of the issue among young voters, while arguing that loan cancellation will give low-income and minority Americans more economic breathing room.

A personal, guided tour to the best scoops and stories every day in The Wall Street Journal.

Some in the White House have privately raised concerns that the Education Department could face significant challenges in implementing a wide-ranging student loan forgiveness program, noting that the department is already struggling to execute more narrow efforts to reduce or eliminate debt.

(D., N.M.) to complain that GOP members “decided to hijack this hearing to score political points about student loans.”

Republicans on the Education and Labor Committee responded with a statement saying, “Maybe they are frustrated because Democrats are doing everything in their power to keep their heads in the sand as President Biden steamrolls Congress to grant mass student loan forgiveness.”

While Mr. Biden hasn’t yet decided on a mass debt cancellation plan, the Education Department has moved forward with its piecemeal approach to debt forgiveness for disabled borrowers, students who were defrauded by schools, and borrowers working in public service professions. Those efforts have led to the forgiveness of around $26 billion in student debt for hundreds of thousands of borrowers.

Write to Gabriel T. Rubin at gabriel.rubin@wsj.com and Andrew Restuccia at andrew.restuccia@wsj.com