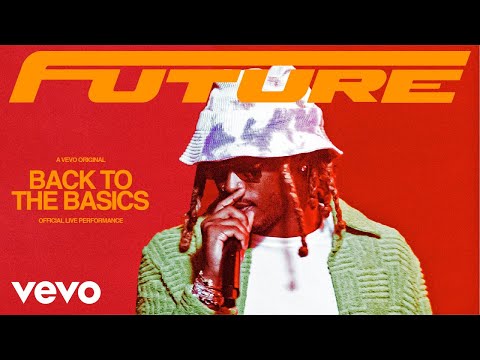 Future – BACK TO THE BASICS (Official Live Performance) | Vevo – FutureVEVO

Future – BACK TO THE BASICS (Official Live Performance) | Vevo  FutureVEVO

Spice 1 slammed DJ Akademiks for his recent comments on “dusty” old rappers. Spice 1 voiced his frustration with DJ Akademiks in response to his comments on old rappers being “dusty.” Speaking with Art of Dialogue, Spice could be seen visibly upset while venting about the lack of respect for veterans of hip-hop. When asked who […]

The dance music-heavy festival runs until Sunday in San Francisco, but many are concerned with the lack of crowd control. After the tragic events of the Astroworld Festival in 2021 and a COVID-driven concern with huge crowds, it’s natural to see audiences and artists more concerned with proper festival safety and security protocols being enforced. It’s something […]

Drake Posts Romantic Message For A Special Someone: “Slide Through”

The Certified Lover Boy has been sending subtle messages all week long. Drake is living his bachelor lifestyle to the fullest. The Certified Lover Boy isn’t romantically linked to anyone (publicly) at the moment, but he’s been dropping cryptic hints in recent posts letting fans know that love — or the lack there of — […]

Ice Spice Fires Back At Backlash To Rolling Loud Performance

Ice Spice shut down one critic of her Rolling Loud performance in NYC. Ice Spice responded to criticism of her recent performance at Rolling Loud in New York City, where she was brought on stage by Fivio Foreign. Spice is best known for her viral hit, “Munch (Feelin’ U).” “I’m not a hater I want everyone […]

Social media users believe Ice wasn’t appropriately trained before hitting the stage. Ice Spice hasn’t been in the game for long, but she’s still managed to become a success after her single, “Munch (Feelin’ U),” garnered much attention. Within a couple of months, the New York native has been co-signed by Drake, gained thousands of social […]

Check out the footage. Tekashi 6ix9ine has found himself in yet another altercation. A few weeks after being issued a no-contact order following a domestic violence incident with girlfriend Jade, the Brooklyn rapper made headlines once again for fighting in a Dubai nightclub. Hollywood Unlocked broke the news that Tekashi was reportedly attacked in a brawl at the Soho […]

DaBaby’s “BOOGEYMAN” gets a co-sign from 50 Cent. Things have been rocky in DaBaby’s career ever since his infamous Rolling Loud appearance, where he practically set himself up to be canceled. Not only did he get accused of being homophobic following an attempt to engage with the crowd but he also brought Tory Lanez out […]

The media personality continued to sound-off against hip hop veterans. Things got heated on Thursday (September 22) after DJ Akademiks slammed some of the pioneers of hip hop, calling them “dusty” while suggesting that they’ve all mishandled their finances. However, LL Cool J, one of the most successful emcees of the genre, took to social […]